PM Orbán: “Central Europe Hasn’t Had Such Big Influence Since The Age of King Matthias” 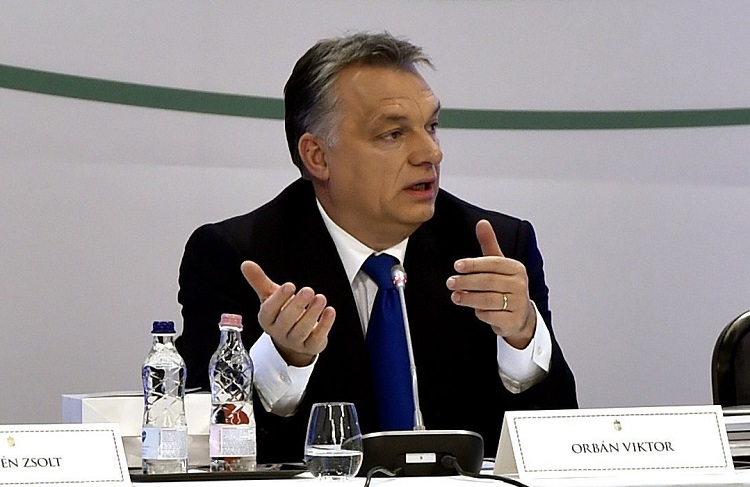 The era of political correctness is about to end in the United States but there is still much to do in Europe, Hungarian Prime Minister Viktor Orbán said at the meeting of the Hungarian Diaspora Council on Wednesday.

Referring to his recent phone conversation with US President-elect Donald Trump, Orbán said “we can finally return the age of free discourse, when one should not be afraid anymore of being excluded for conservative thoughts”, he said. “When we talked about human existence, we were labelled medieval and clerical; when we talked about family, we were labelled sexist and homophobic”. While previously we were forced to engage in a “discourse of human rights”, in the future we can finally focus on humans, not rights. “We are now returning from liberal non-democracy to freedom”, he said.

More than 1100 years ago our ancestors chose this “draughty” place, which has always been at the crossroads of history, the Prime Minister told the Hungarian Diaspora Council. There were only very few shocks in European history that did not ravage Hungary, therefore our instinct about potential sources of danger is not exaggeration, he insisted. In the last two decades the numbers of dangers decreased a lot due to the EU and NATO accessions. “However, we did not join these alliances alone but as a part of Central Europe, Orbán said. Central Europe has never had as big influence on European matters as it has today. At least not since the age of King Matthias”, he noted.

Brexit and US presidential election have opened a new era, which brings a new world order as well, according to the Hungarian Premier. In the coming centuries four of the five major economic centers of the globe will be located in the Pacific area, which will probably lead to the fall of the Atlantic domination. It has serious consequences for Europe’s future, Orbán argued. However, Hungary’s economy will continue to perform very well in the coming years and together with our Visegrad partners, we have a good chance for becoming the growth engine of the European economy, Orbán said.