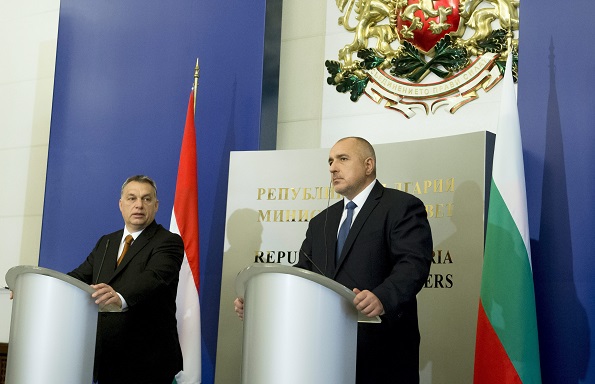 At a press conference following the meeting, Mr. Orbán emphasised that so far the migration crisis has been handled as an economic and cultural issue, but now it has become a question of security. It is about safety in everyday life: the threat of terrorism is increasing and public security is deteriorating.

Mr. Orbán pointed out that, although “one is not allowed to say such things” in Europe, “European citizens are living under a threat”, especially “the more vulnerable ones, women and those who cannot defend themselves”, and this is unacceptable.

Mr. Orbán explained that from now on one is principally talking about a public security issue, and every single politician has primarily been elected to provide safety and protection to the citizens of their country. There are, however, an increasing number of countries in Europe which are unable to comply with this basic obligation. He stressed that this situation has to be taken seriously and people must be protected: this is not the time to protect principles, but the time to protect people from the threat of terrorism and crime.

The Prime Minister announced that the Visegrád countries will hold talks in Prague on 15 February, to which they have also invited Bulgaria’s Prime Minister, to continue in a Central European context the discussions started in Sofia.

He also said that it is unfair that double standards are being applied to Bulgaria: Europe is not acknowledging the country’s achievements, it does not want let it join the Schengen Area, and it does not recognise that throughout the migrant crisis Bulgaria has been the best performing country outside the Schengen Area. Mr. Orbán stressed that Bulgaria has shown that it is fulfilling its obligations, and that it is able to protect its borders and control the influx of migrants.

He added that if Europe wants to be true to itself, it must offer Bulgaria Schengen membership. He said that it is a different question whether “a country is willing to accept an offer of membership in a dying institution”.

The Bulgarian prime minister said that so far a consensus has not been found on the issue of migration in Europe, but progress could be made if the borders were closed at least until the situation of those migrants who are already here is settled.

Mr. Borissov expressed the hope that the talks in February will conclude that mass migration cannot be allowed to continue.

He was of the opinion that a more humane solution would be to put a stop to migration until a decision is made on the rules and procedures. He also said that Hungary is not the only country which appreciates Bulgaria’s efforts: there are a number of other countries which regard Bulgaria as an example.

Mr. Borissov emphasised the importance of European solidarity, he urged that common European solutions be found, and he said that hopefully European partners will be more active than earlier in handling the situation.