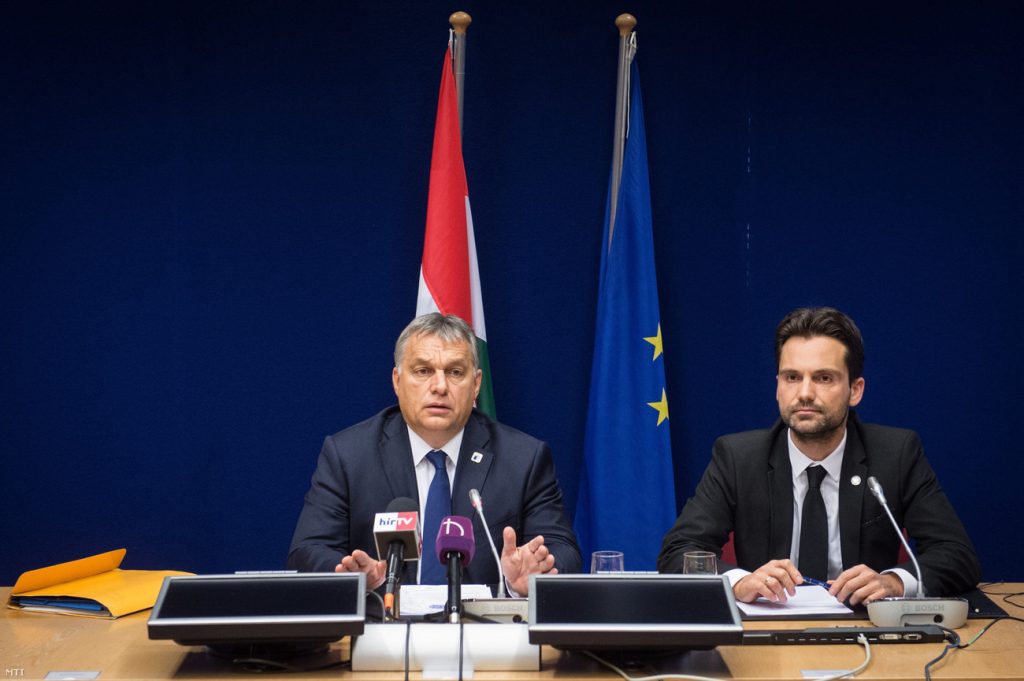 A coalition including Hungary has successfully prevented the approval of compulsory migrant resettlement quotas at EU leaders’ summit in Brussels, Prime Minister Viktor Orbán told journalists in the Belgian capital following the meeting.

However, Mr. Orbán said that his efforts to completely take the issue of quotas off the agenda was unsuccessful as President of the European Commission Jean-Claude Juncker has refused to revoke the proposal. Mr. Juncker has called upon Slovakia, the country currently holding the community’s rotating presidency, to resolve the deadlock, Mr. Orbán said.

Pointing out that “certain member states fail to protect the EU’s external borders despite being obliged to do so”, “calm and legal” procedures are necessary to handle the migrant situation, such as establishing hotspots outside the EU. “It’s much more humane if we don’t allow them in, this is what I proposed”, the Prime Minister argued, claiming that the European Commission has “duped” nation-states with the quota proposal.

Mr. Orbán also made clear Hungary’s standpoint on EU-Ukraine relations, insisting that the country is “fully compliant” to all requirements for granting visa-free travel, which should take place as soon as possible.