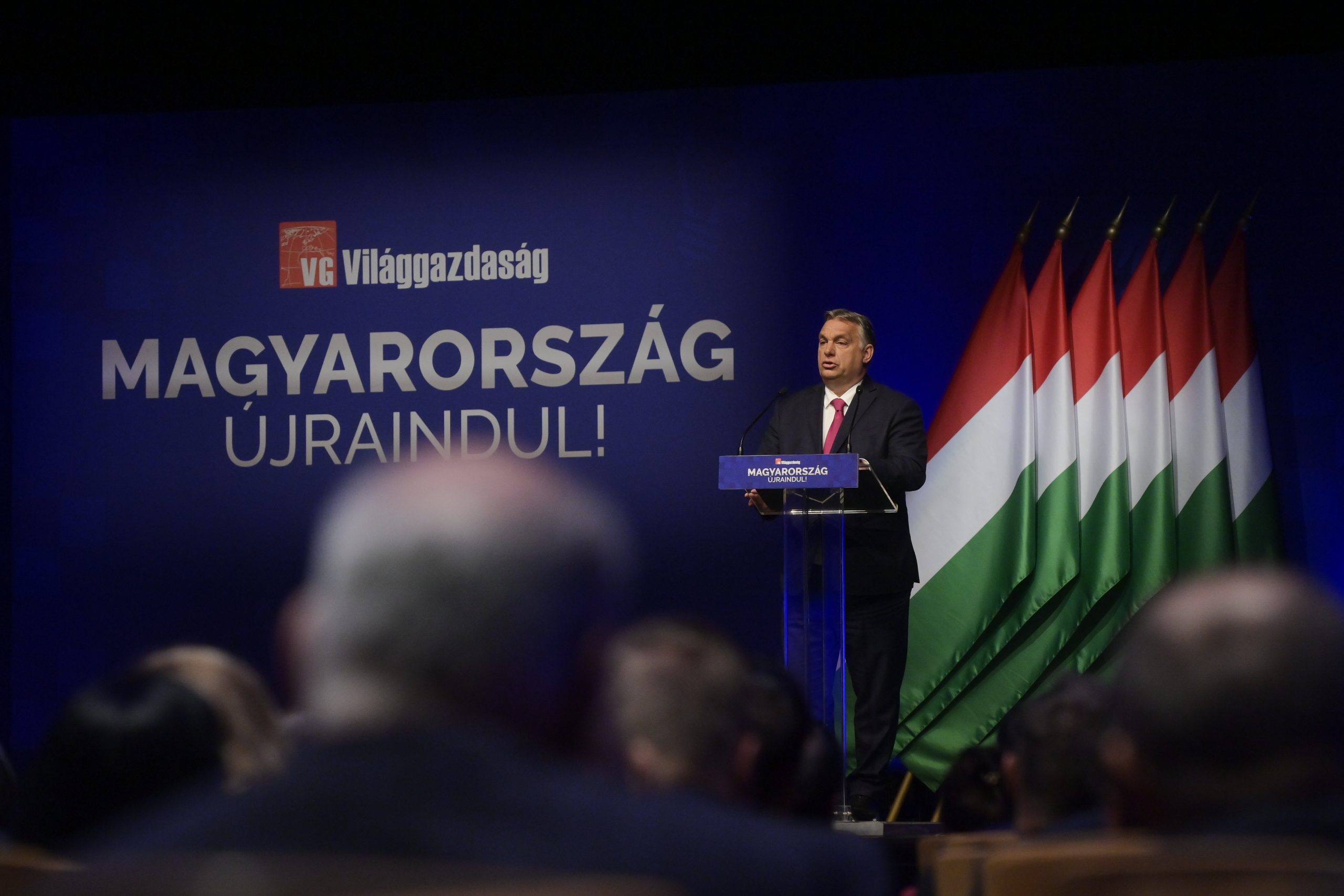 Most people in Hungary have withstood the economic crisis linked to the pandemic, Prime Minister Viktor Orbán told a business conference on Wednesday, adding that he could not think of a single social group that had “gone to the wall”.

Orbán said that Hungary’s health-care system had performed better than those of “several Western countries” during the pandemic and online learning had “switched overnight” with surprising speed and efficiency. Neither did families go bankrupt, even though many parents had to stay home with their children, he added.

The prime minister said that whereas businesses had been broadly affected by the crisis, employment figures showed that “Hungarians want to work and companies want to provide it”. More than 4.5 million have a job in Hungary today, he noted, only 50,000 fewer than in the same period of 2019, adding that not only must 50,000 jobs be created this year but the target was double that figure thereafter.

The prime minister said Hungary’s rejection of a global minimum tax was crucial to preserving jobs. He said the issue was not just a problem of sovereignty, it raises economic policy concerns, too.

Hungary’s low corporate tax rate is good because it brings real investments to Hungary, he said. Taking that away would remove the country’s ability to attract real investments, he added.

Hungary needs “lines of defence” that can protect jobs if a global minimum corporate tax rate is rolled out, Orbán said.

He said the “million dollar question” was what the global, European and Hungarian economic orders would be like after the crisis. Though no one can provide an exact answer to that at this point, what is certain is that Hungary will have to be smart in adapting to the new economic order, he added.

Orbán said the crisis had shown the fragility of the European and global economy, adding that the world and Europe would be aiming primarily for security in the future.

“So we will all want the economy and life to be more secure than before the crisis . so that they can’t be shaken by a crisis like the one we’ve been experiencing for the last 16 months,” he said.

He said countries could not depend on others to fight an epidemic. “We must create the means to protect ourselves,” he said, noting the need for protective equipment, medicines and vaccines and the capacity to produce them “even when there is no epidemic”.

Vaccines will be required quickly when it comes to a future epidemic, Orbán said. “We must build up capacity for a speedier response.”

The prime minister said Hungary could not afford to hew solely to the West. “The Eastern direction is also important,” he said, adding that this was a fact of economic policy because the centre of gravity of the global economy was constantly shifting Eastwards. “We must adapt to that.”

Orbán said a primary aim was to ensure that the poorest regions could catch up.

Whereas Budapest level of development is 110-130 percent of the European average, Hungary’s four poorest regions are among the EU’s twenty worst-off. EU funding, he added, would have to be channelled to these regions “not only because doing so would be fair and economically rational, but also because villages, small towns and cities must be preserved instead of making way for ‘megacities'”.

Orbán called for a change in the business model in tourism, saying the models of hotspots of Paris and Rome should serve as an example. The ratio of foreign and domestic tourists in those cities was “healthier” than in Budapest, where 90 percent of tourists are foreign, he added. Cities seeking revenues from tourism cannot afford to “ignore” domestic tourism, the prime minister said, calling on professional organisations to put forth their proposals.

The prime minister said full employment was also key to a secure economy. “We don’t want to return to socialism,” he said adding that a secure job did not mean that everyone would work the same job their whole life. Rather, the government is guaranteeing that there will be more jobs in Hungary than the number of people willing to work, he said.