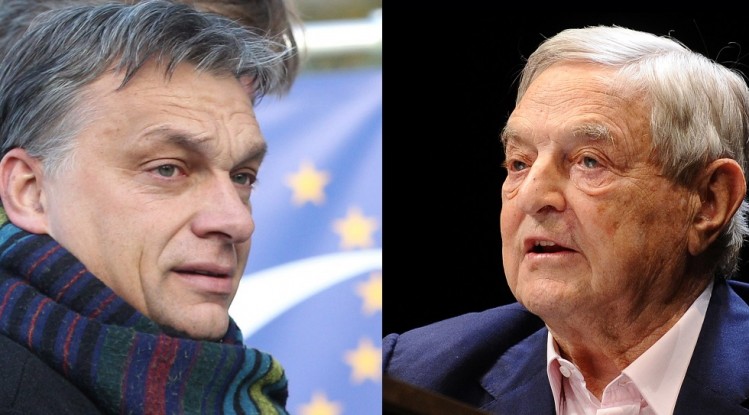 Hungarian Prime Minister Viktor Orbán has voiced his support for Jarosław Kaczyński, the leader of Poland’s governing conservative PiS party, who said in connection with Bill Clinton’s recent derogatory statement concerning the two countries that the former US President should “turn to a doctor”. Speaking in his regular Friday morning interview with state broadcaster Kossuth Rádió, the Prime Minister suggested that billionaire Hungarian-American financier George Soros is behind the leaders of the Democratic Party.

Both Hungarians and Poles are right to expect more respect from former and current leaders of the United States, Mr. Orbán said on Kossuth Rádió’s 180 perc programme in reaction to former US President Bill Clinton’s claims of “Putinisation” in Poland and Hungary. The Hungarian leader said he “liked” the comment made by Jarosław Kaczyński, chairman of Poland’s governing Law and Justice (PiS) party on the matter, suggesting that Mr. Clinton should “turn to a doctor”.

According to the Prime Minister, negative comments concerning Hungary, Poland and Central Europe in general, which have become more frequent since the migrant crisis, are not “casual slips of the tongue”. In explanation, he argued that “behind the leaders of the Democratic Party (…) we should see George Soros”, who has advocated for at least a million Muslims to be allowed into Europe each year, emphasising that Hungary is a barrier to this Soros-inspired American plan. In conclusion, he claimed in connection with the former President’s remarks, in which he said that Poland and Hungary “have now decided democracy is too much trouble, therefore “they want Putin-like leadership”, that “while the mouth is Clinton’s, the voice is that of George Soros”.

With his comments, Mr. Orbán joins several Hungarian cabinet members who have blamed the billionaire, who is one of the chief backers of Democratic presidential candidate Hillary Clinton, for attacks on Hungary. Speaking on Wednesday, foreign minister Péter Szijjártó said that Bill Clinton’s claims concerning Hungary are a manifestation of billionaire Hungarian-American financier George Soros’s “dissatisfaction” with the Hungarian government’s policies, while cabinet chief János Lázár said on Thursday that Mr. Soros is “ready to take an active stance” against the Orbán government, “seen as one of his most dangerous enemies in Europe”, and claimed that Soros is behind US criticisms targeting Hungary and President Barack Obama’s pro-migration policies.

At a Thursday press conferencem White House spokesman Josh Earnest said he was unaware of Mr. Lázár’s comments, but added: “I’m not sure they’re worthy of a response”.

“This invasion is driven, on the one hand, by people smugglers, and on the other by those (human rights) activists who support everything that weakens the nation-state,” PM Orbán said. “This Western mindset and this activist network is perhaps best represented by George Soros”, he claimed in an interview with Hungarian state radio at the time.