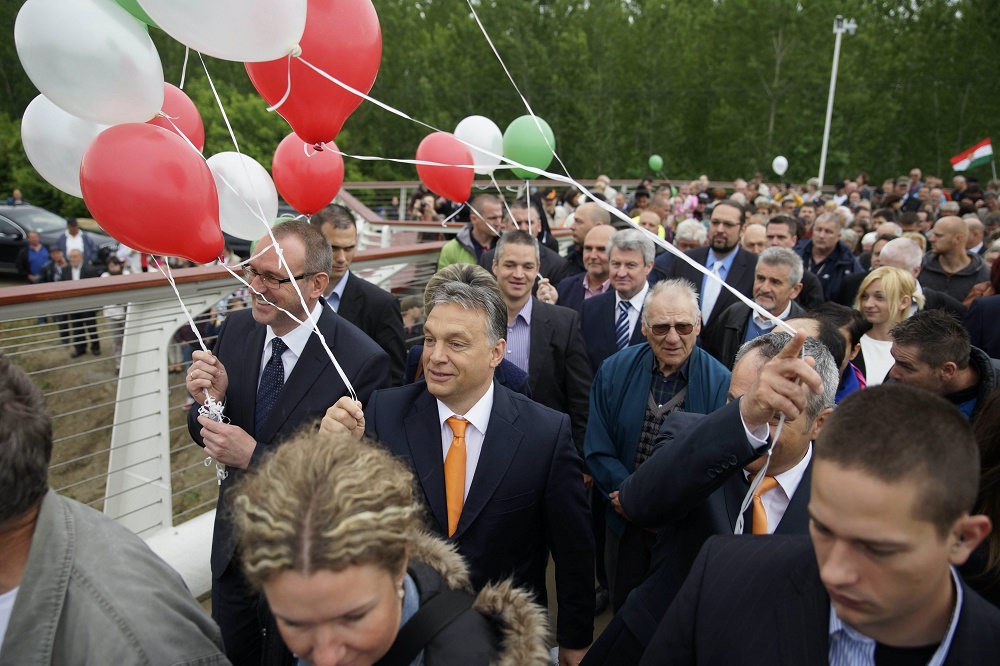 Economic achievements which put Hungary at the forefront of the European Union also place the country at the threshold of a great era, the Hungarian Prime Minister said in the city of Baja, in southern Hungary, at the inauguration of a bridge for pedestrians and cyclists. “It is not about our development per se but the pace of development,” Viktor Orbán said. “This is not a one-off, since we stand on the podium, or at least in its vicinity, when it comes to economic growth,” he insisted, handing over the bridge connecting two islands, part of a tourist development complete with tourist centre, exceeding 2 billion forints (EUR 6.5m) in value, completed over the past two years.

“By now it is clear that the achievements of the past few years cannot be chalked up to accident or luck,” he added.  Orbán said it was important that “very serious” investments had been made in the areas of sport, leisure and culture over the past few years, since they enable people to spend their free time in a useful and healthy way. He noted that between 2010 and 2014, fully 532km of cycle paths have been built in Hungary with a budget of 20 billion forints. Currently new paths covering 230km are being added. “God willing, by 2020 there will be between 1,000km and 1,500, of cycle paths constructed to the tune of 50 billion forints, he added.

At the weekend Viktor Orbán also had to respond to uncomfortable questions regarding remarks made by former ambassador to the United States in Hungary. Eleni Tsakopoulos Kounalakis has been reported as having written in a recently published book that the Hungarian Premier would regularly sit down with the national development minister, Zsuzsanna Németh, to review a list of public building projects before deciding which should receive priority and which bids should win.

“The government is committed to transparent decision-making”, the Prime Minister told journalists in response. Viktor Orbán, who was voting in a referendum on the redevelopment of Normafa Hill in Budapest’s 12th district, told the press that what was described by Kounalakis was still the case today. He insisted that the procedure is carried out according to the letter of the law, noting that the only change is that a different person now occupies the post of minister. Various managing authorities make proposals, and the government’s development cabinet makes the decisions, which are then brought before the government for approval, he said, adding that there is a prescribed order and every decision is made in a transparent manner.