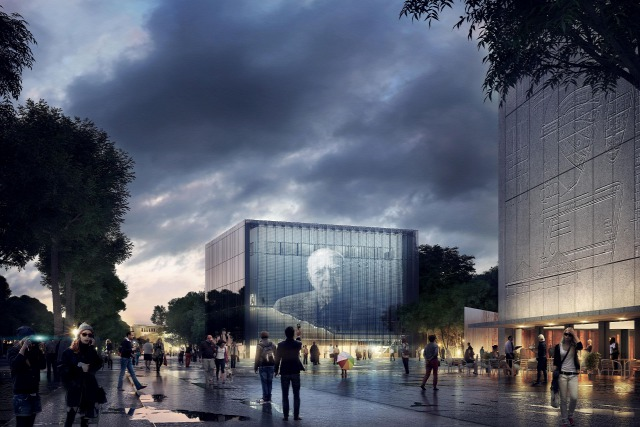 Plans submitted to the tender for museum buildings planned to be built within the framework of the Liget Budapest project have been put on exhibition in central Budapest. The seventeen plans that made it into the second round for four museums can be seen on Erzsébet tér between 7 and 24 January.

In cooperation with Design Terminál, Hungary’s hub for creative industries, the Liget Budapest project is to display the seventeen visualiations of the House of Hungarian Music, the PhotoMuseum Budapest, the Museum of Hungarian Architecture and the Museum of Ethnography on Erzsébet tér in a glass exhibition area.

Five hundred entries were received for the international tender for a total of five museum buildings, called last year. The 11-member jury, comprised of both Hungarian and international dignitaries, forwarded the seventeen plans put on show by the exhibition to the second round. Among these, winners were announced on 19 December 2014 for four buildings; the Museum of Ethnography will be built according to the plans of the French Vallet de Martinis DIID Architectes, the House of Hungarian Music according to the plans of Japanese company Sou Fujimoto Architects and Hungarian architects Középülettervező Zrt. will provide designs for PhotoMuseum Budapest and the Museum of Hungarian Architecture.

In the case of the fifth building planned to be constructed in Budapest’ Városliget city park, the New National Gallery – Ludwig Museum, the jury found no adequate plan among the entries submitted. Therefore, a new tender to close in April has been called, Liget Budapest has said. 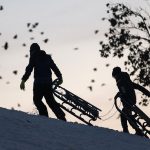 Where are the best places for sledding in Hungary? We will show you!