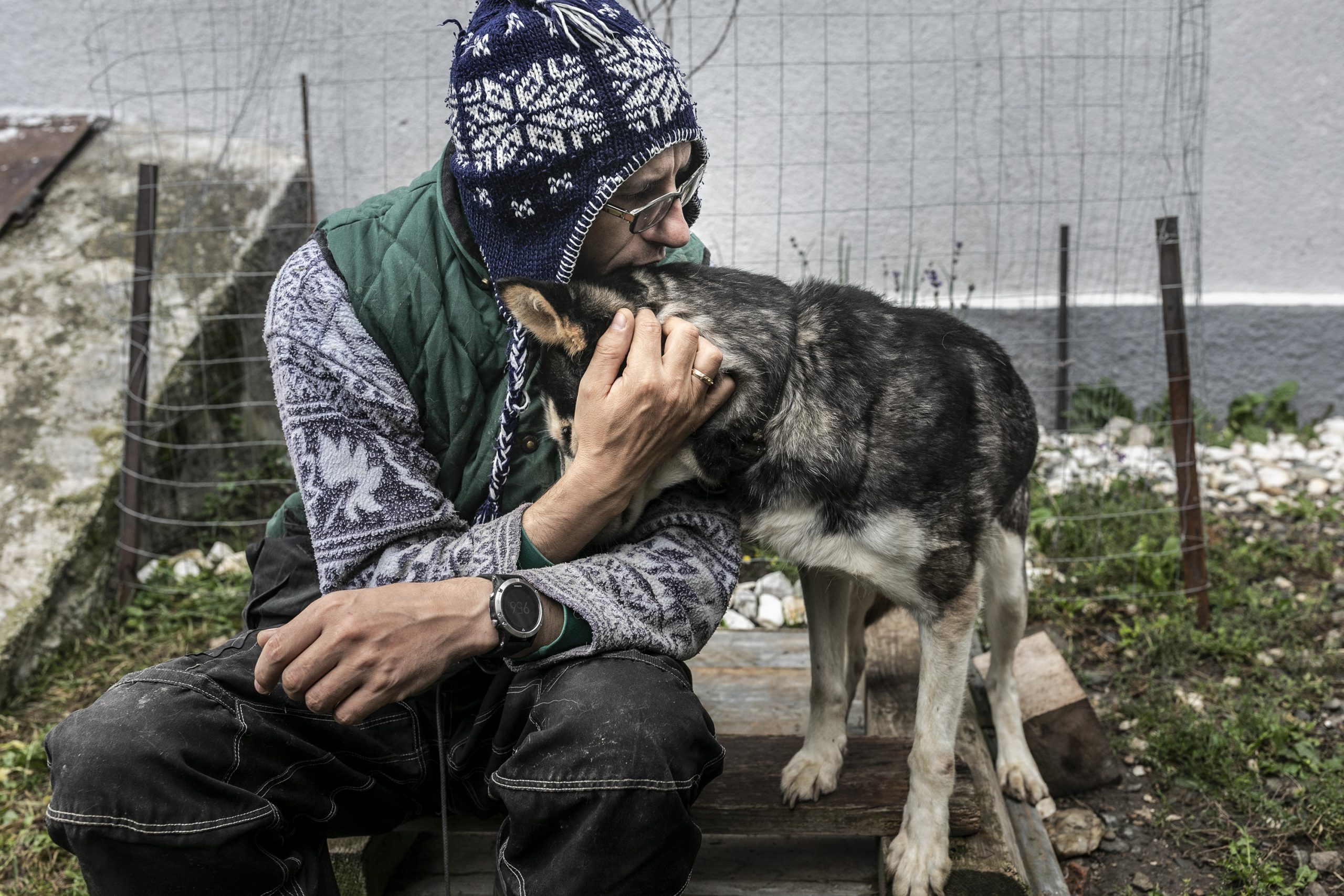 László Végh, a photojournalist at Hungarian news portal Magyar Hang, won the Károly Hemző Prize for Young Photographers this year for presenting the life of Transylvanian shepherds and the relationship between man and dog.

The award is traditionally presented on the birthday of Károly Hemző, on June 11th, but this year, due to the coronavirus epidemic situation, the result of the competition was announced at the Capa Center on November 4th, Károly day, the nameday of Hemző. The award includes an amount of money determined by the Board of Trustees, as well as the possibility of exhibiting in the 8F gallery of the Capa Contemporary Photography Center. 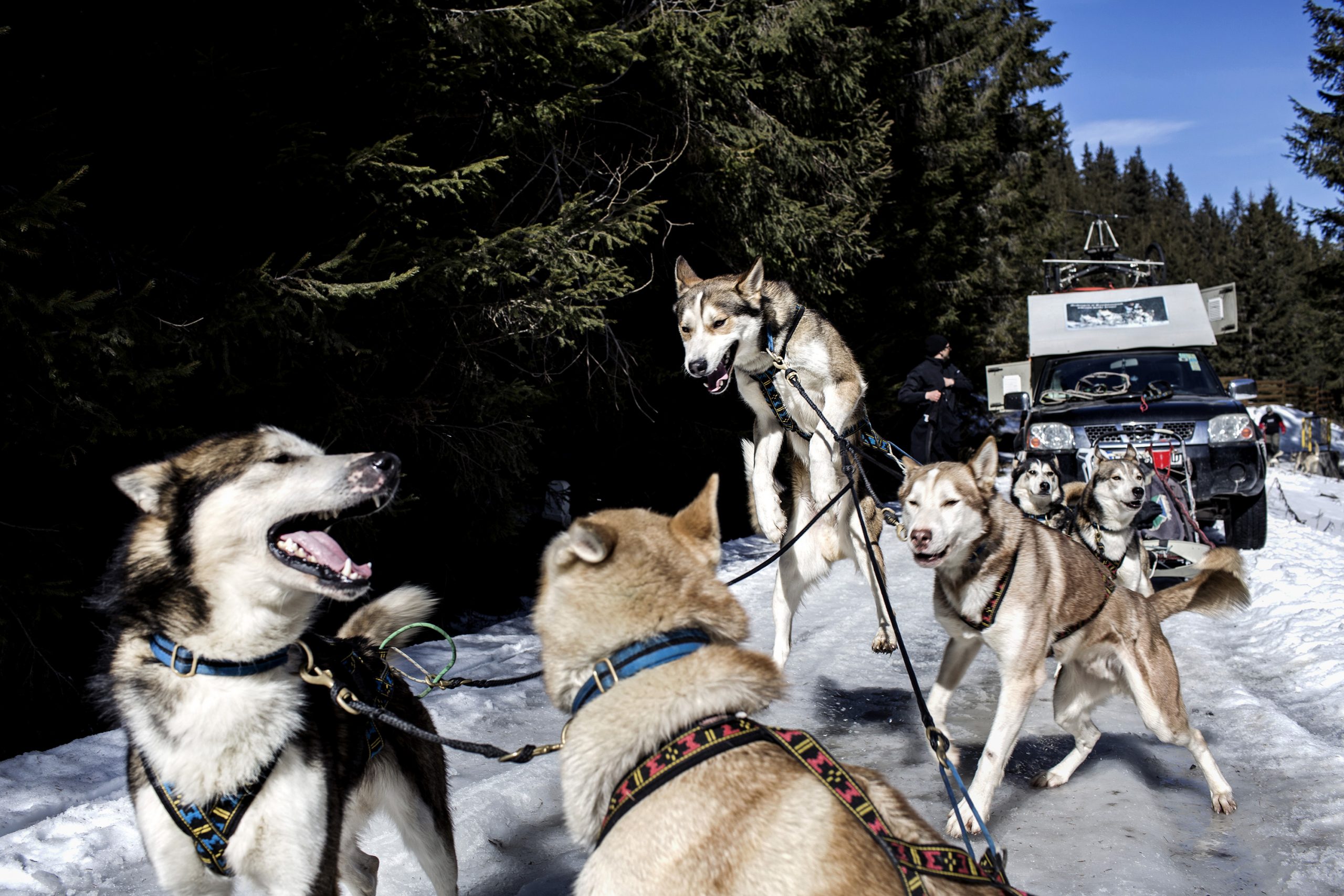 Attila Kiss was ordained a priest in 2004. Around this time, he bought his first dog, Wolfi. He was later relocated to Csíkszentgyörgy as an assistant priest. A husky breeder lived nearby. Once he visited the breeder, they talked, and Attila left with two huskies that he received as a gift, on the condition that he try them out in front of a sled, as the husky is a sled breed. More than fifteen years have passed since then. Attila learned everything in a self-taught way and is now a world and European champion. He is currently a Catholic parish priest in the village of Óradna at the foot of the Borgó Mountains (Romania).

Károly Hemző was an outstanding Hungarian photgrapher, working in the second half of the past century. He started his career photographing sports events, and later he excelled in artistically depicting the relationship between man and animals, especially horses. He also photographed his beloved city, Budapest for half a century. Hemző was one of the first photographers to have his pictures exhibited at the Kunsthalle.

In 2020, in addition to László Végh, Antal Bánhegyesy, Bálint Hirling, Kristóf Hölvényi, and Zsófia Sivák became the finalists of the award, after the evaluation of their high-quality applications. 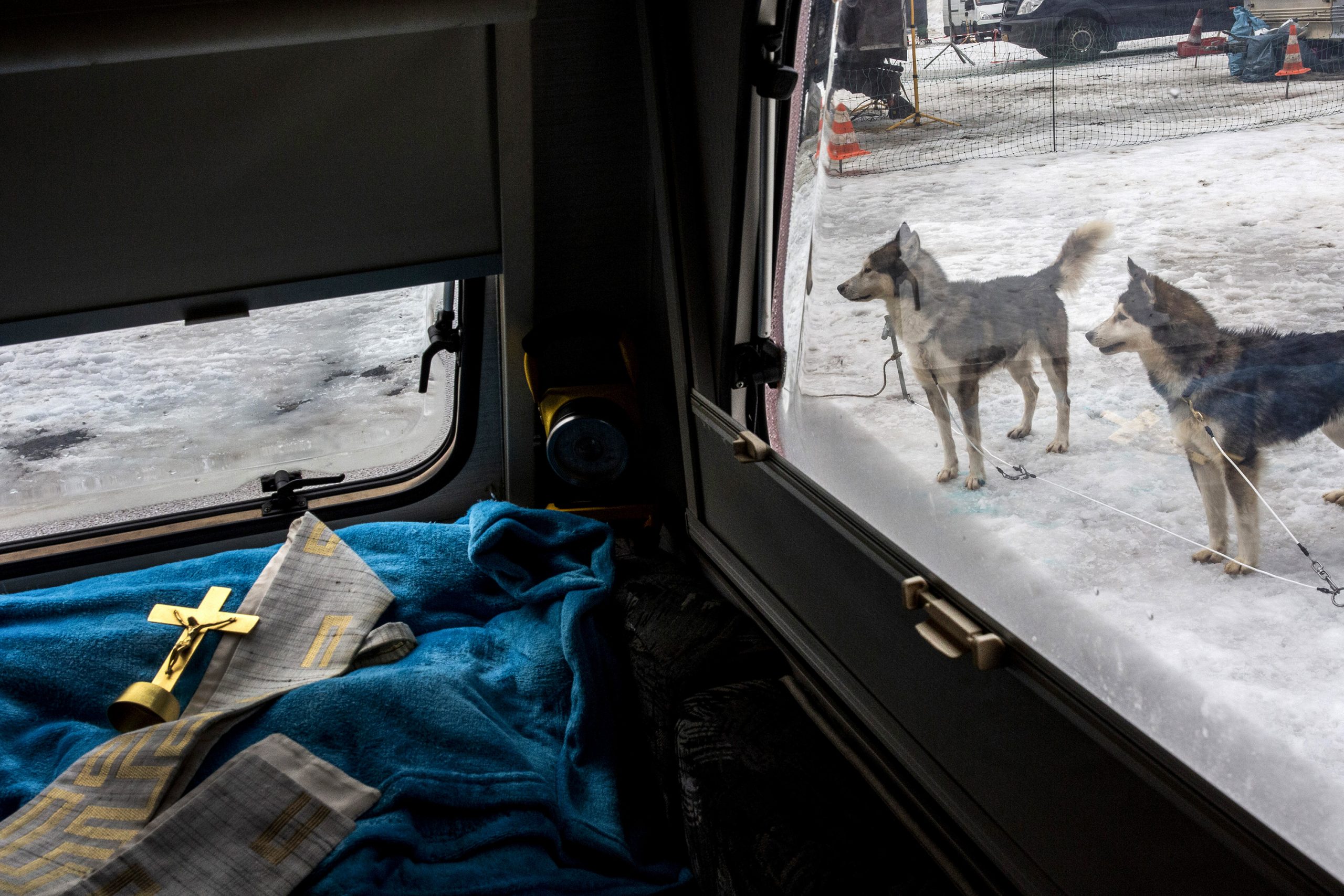 Preparing for one of the competitions in Haidmühle, Germany. Faith and huskies.

The jury found it very encouraging that very young talents were also nominated for the award. László Végh, who was the finalist of the award three times before (2016, 2017, 2018), stood out from this year’s competition with his continuous in-depth work, superior possession of professional knowledge, and truly long-term reports. 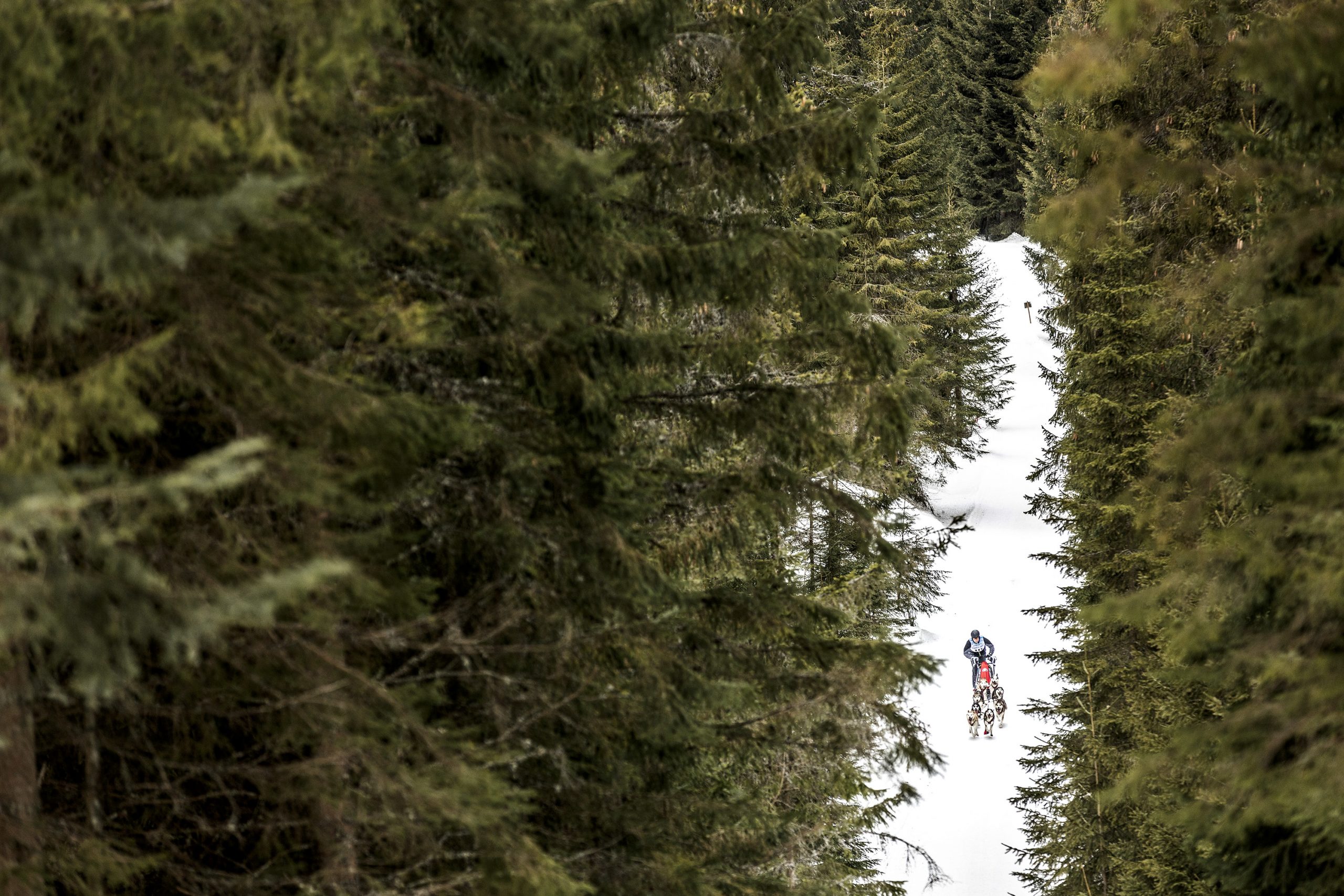 László Végh was born in Szolnok in 1985. After graduating from high school, he continued his studies at the Práter Street School of Photography, then was admitted to the Bálint György Academy of Journalism as a photojournalist. From 2011 until 2018, he was the external and then the internal photojournalist and image editor of Hungarian daily Magyar Nemzet. From 2018 to 2019, he was an employee of abcug.hu, and is currently the photojournalist and image editor of Magyar Hang. 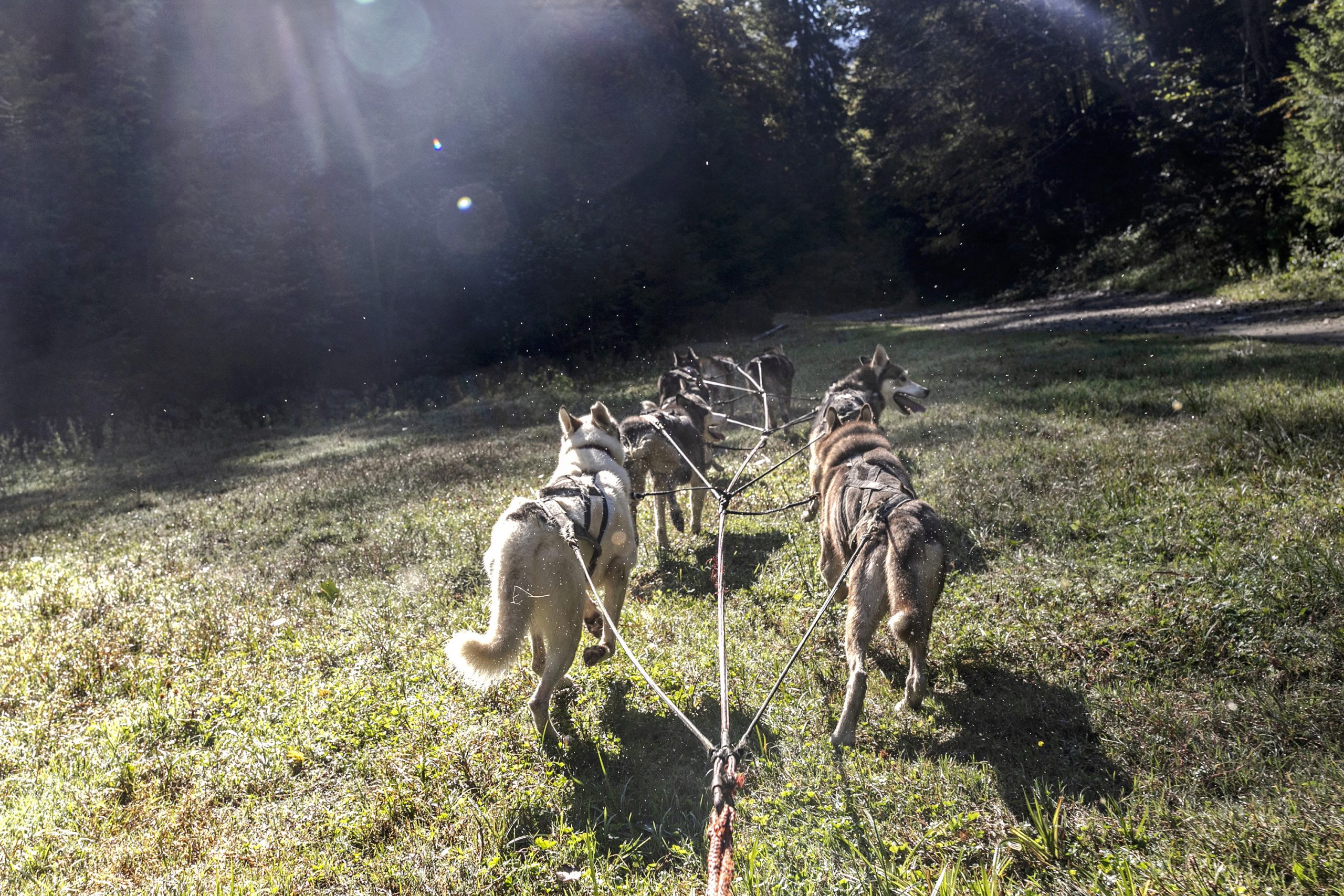 Attila does not train with the dogs in the summer months because they would not be able to withstand the load in the heat. In late autumn, as the temperature drops below 8 degrees, the “chariot” appears once again and the conscious preparations for the competitions begin in the mountains.

Végh was awarded several times at the Hungarian Press Photo Competition, and for two consecutive years he received a photography scholarship from József Pécsi. In 2015, his photo series The Situation of Transcarpathia in the Shadow of the Russo-Ukrainian War won first place in the Picture Of The Year international competition. 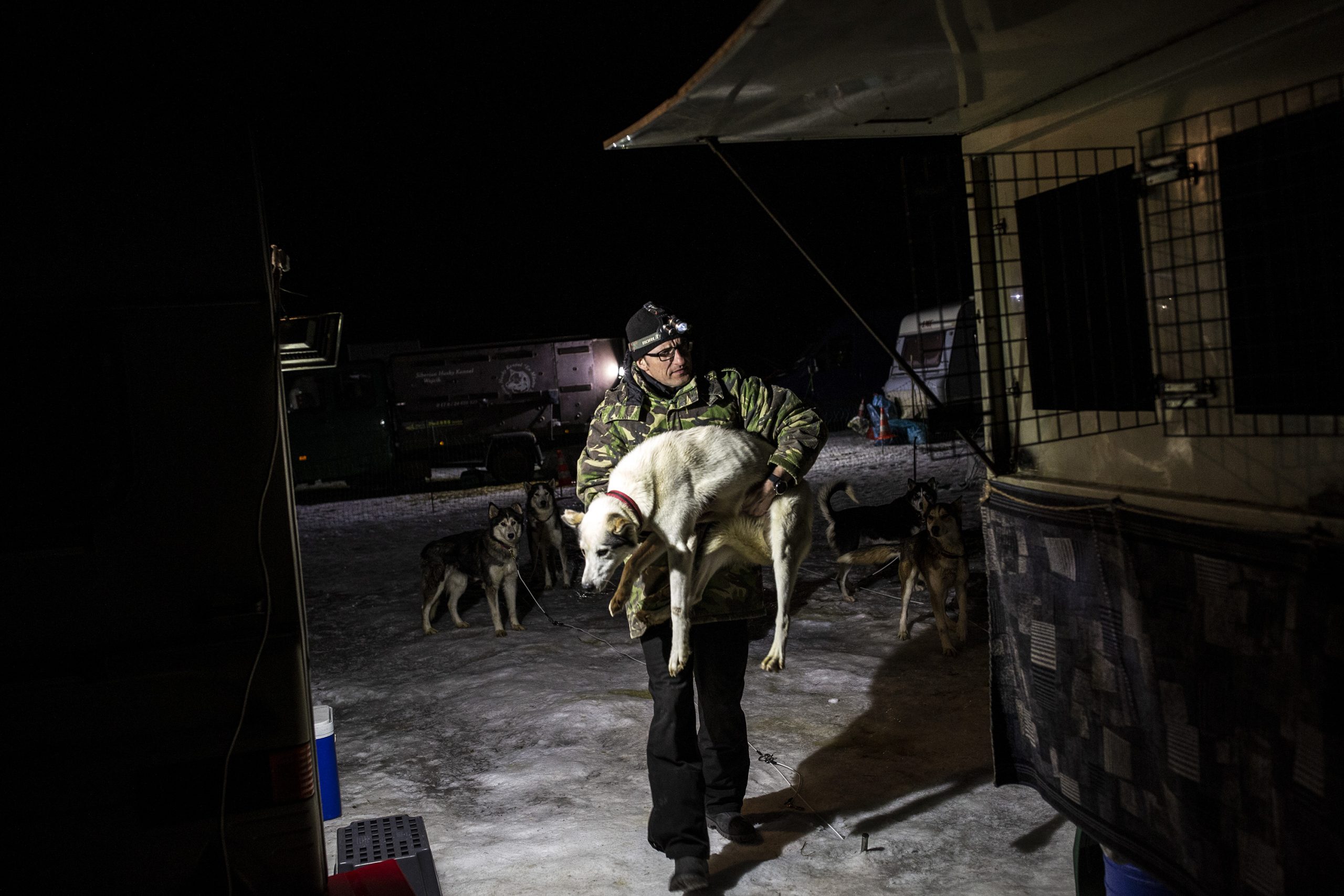 Attila can deal effectively with a maximum of 12-13 dogs. He takes care of each one in the same way.

He has appeared in several solo and group exhibitions at the Capa Center as well as the Mai Manó House. He publishes regularly in major domestic and foreign newspapers. He is still working on materials spanning years. He has been a member of the Pictorial Collective since 2015. 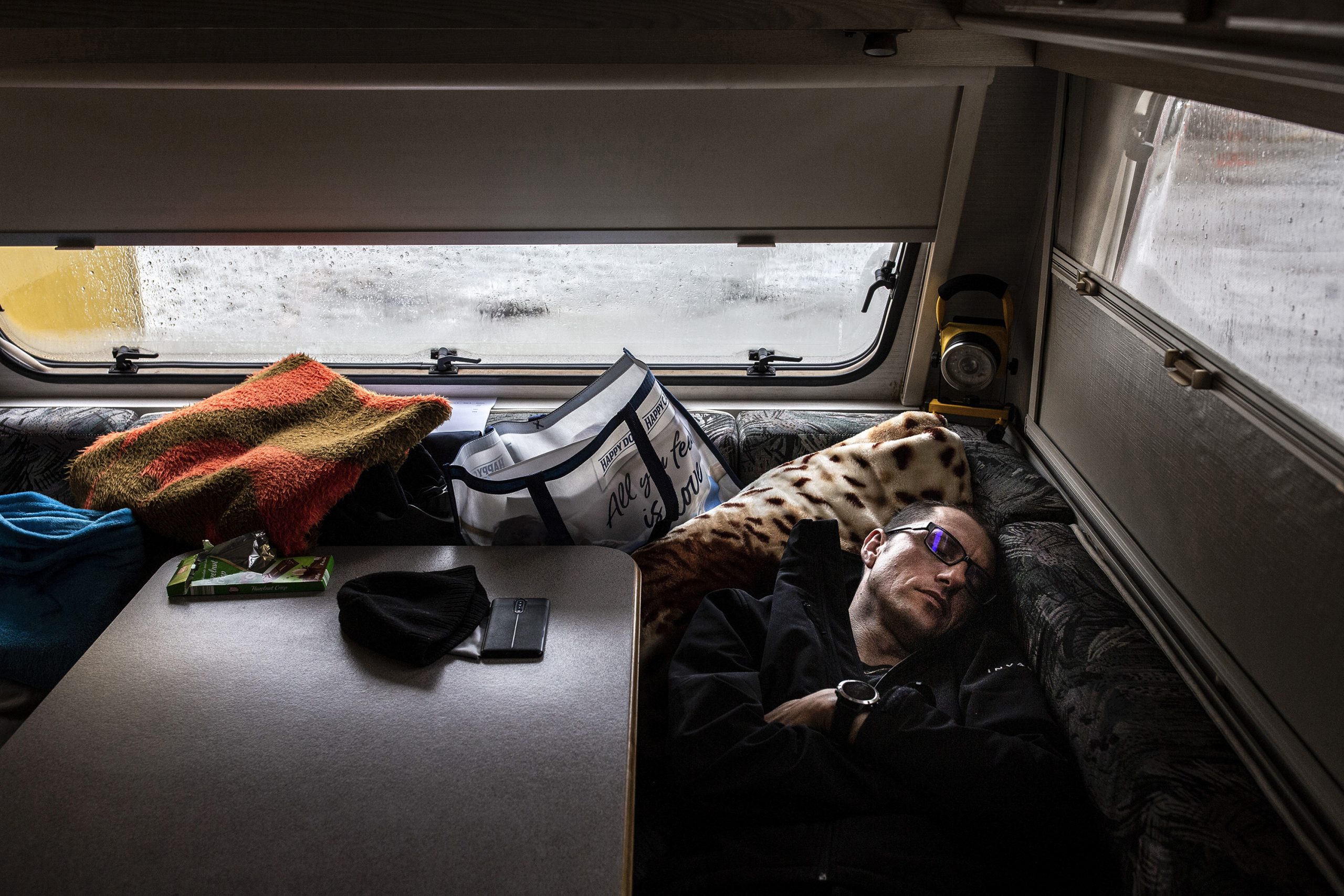 Afternoon rest after the race. Attila rides a caravan across Europe to get to the competitions. He bought the caravan out of his own money and the pickup that carries the dogs’ boxes with the support of the prefecture and the proceeds from the sale of the puppies. 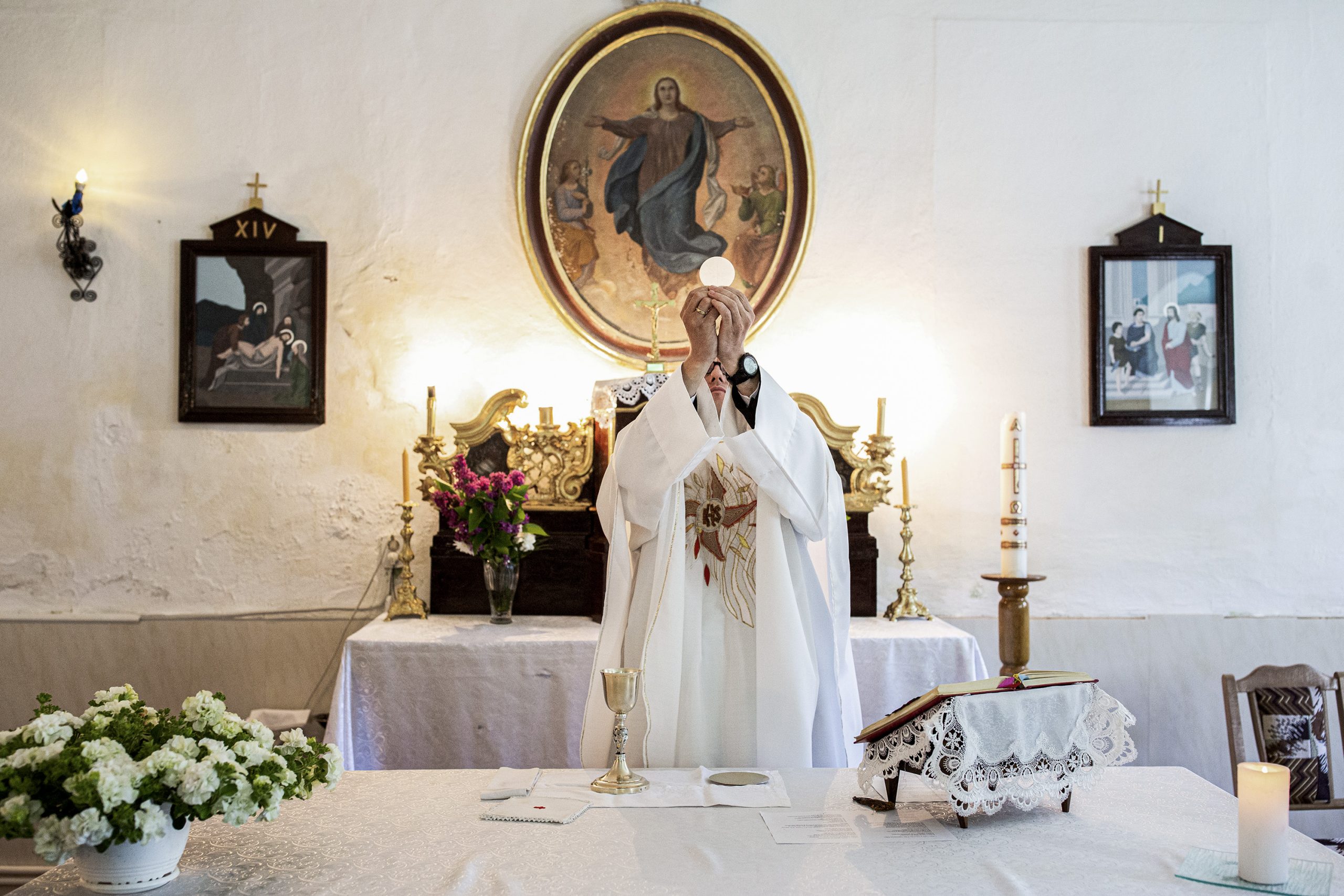 Mass at the 140-citizen Radnaborberek. Believers initially found their priest’s hobby strange, but now it has been accepted by everyone and if Attila is competing somewhere with his dogs, they are constantly asking about the results. 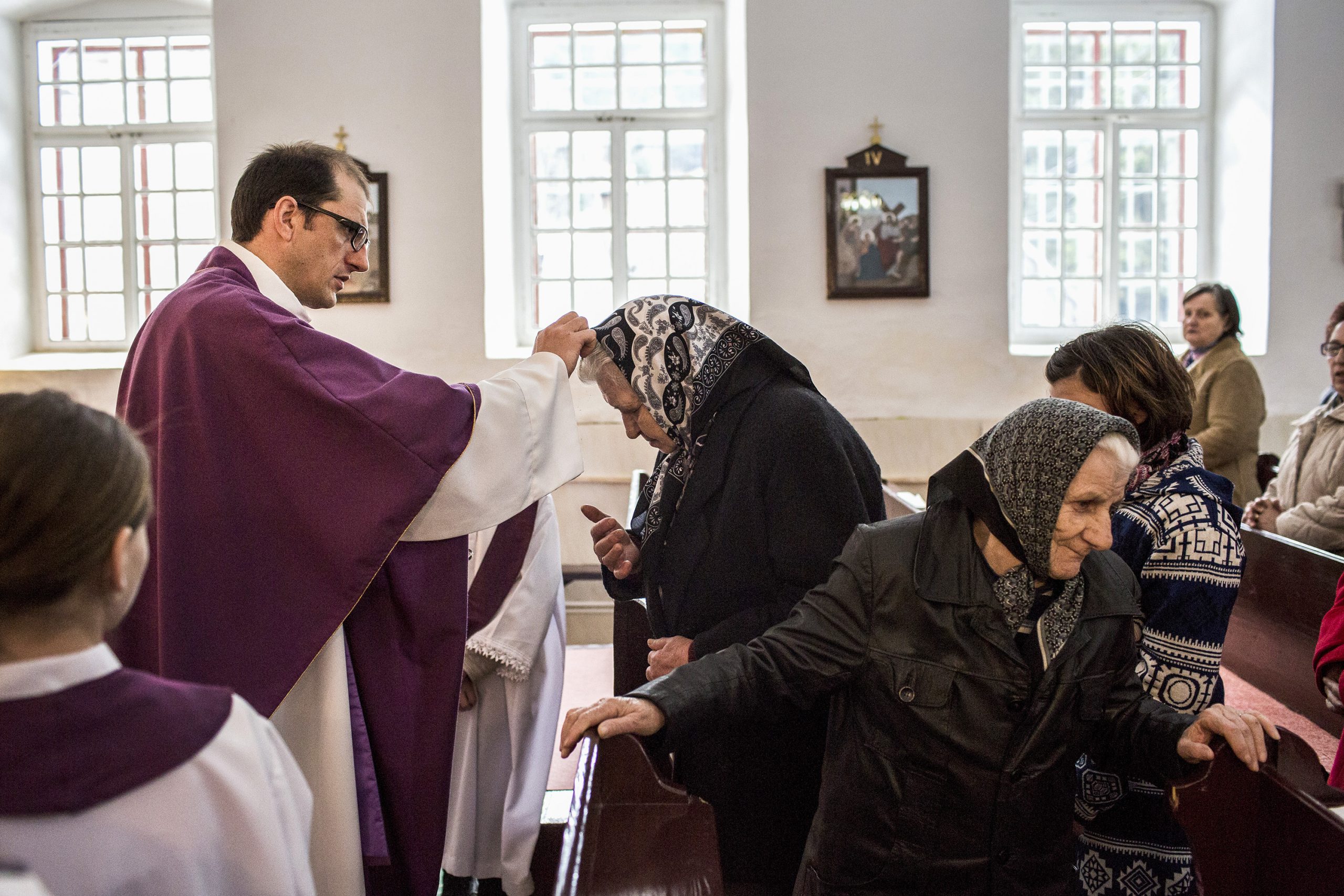 Believers were never left without a mass because of the priest’s special hobby. When Attila leaves for a race far away, he always makes sure someone replaces him.

“I think Huskies are the cutest dogs. They can ask for food so effectively, it is almost catastrophic. They can get everything out of a man. They have no match in terms of kindness and playfulness.” 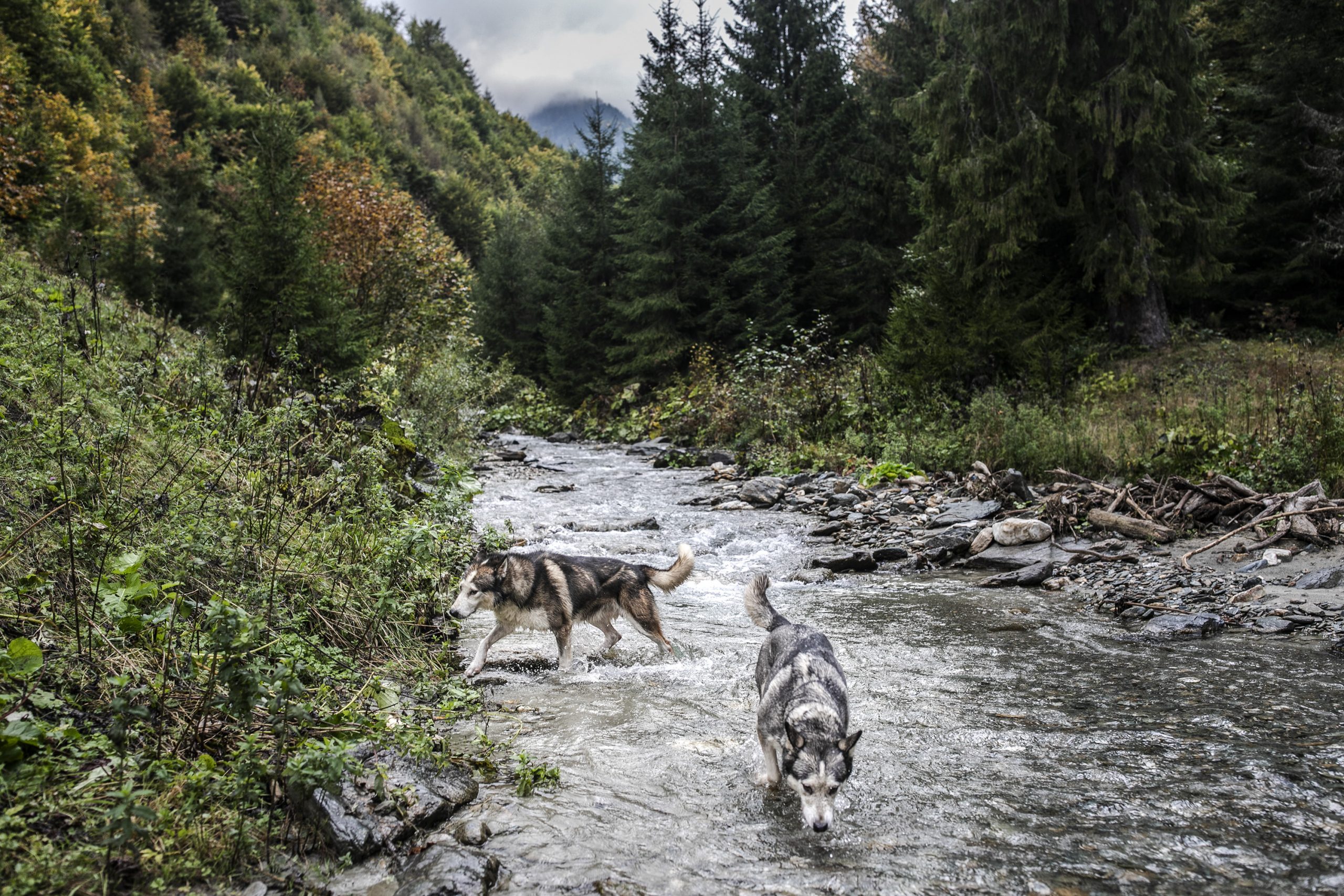 End of training at the foot of the mountains in Óradna. The perseverance and unconditional love of dogs gives Attila strength for everyday life. 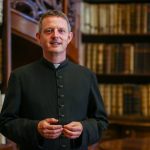 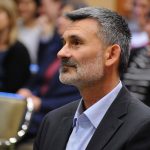 Priest Feri Pál on Ukrainian War: Putin Not the Ruler of Life and Death but a War Criminal