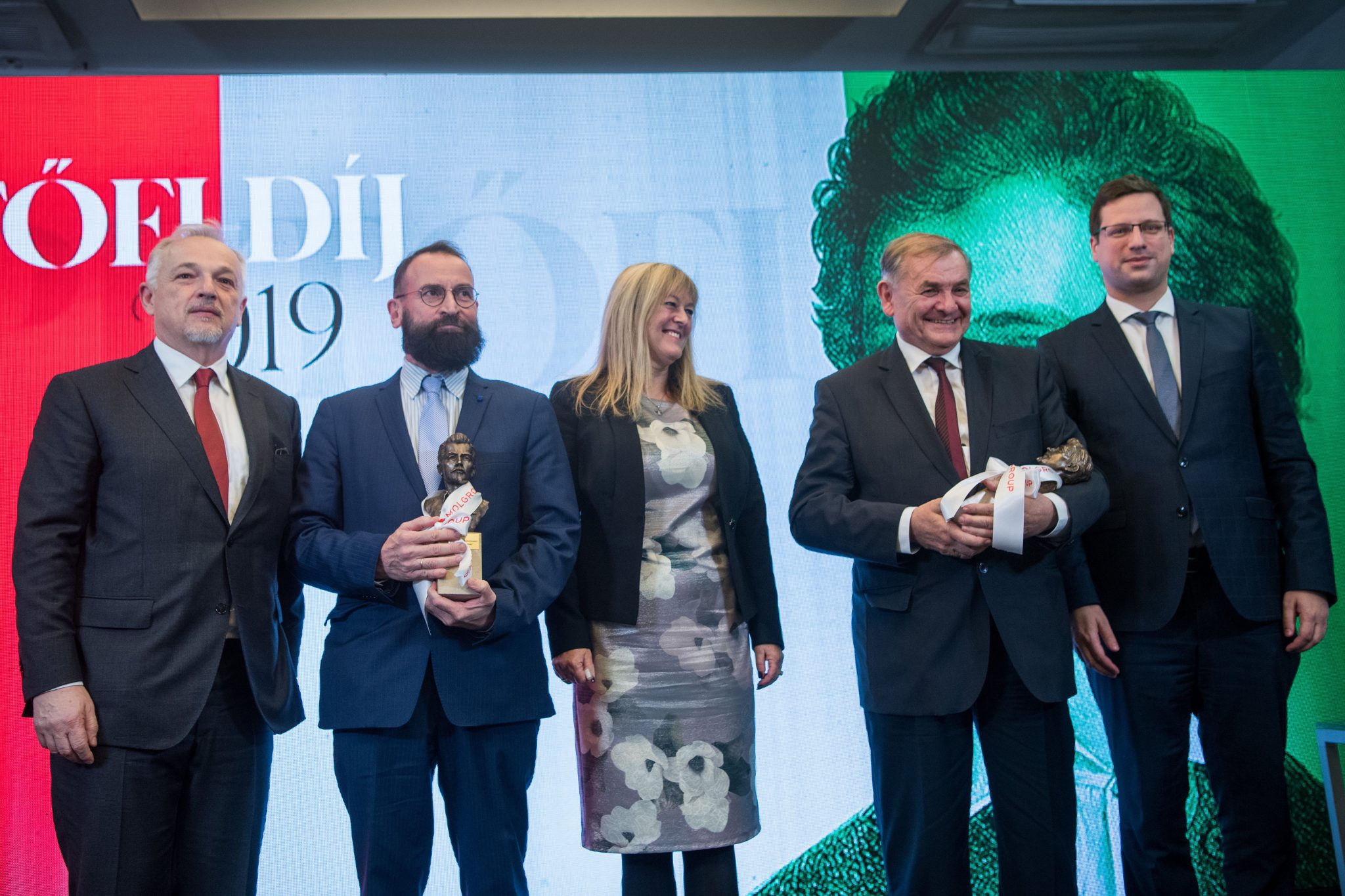 Sándor Lezsák (Fidesz), the deputy speaker of parliament, and József Szájer, a Fidesz MEP, have been awarded this year’s Petőfi Prize.

The Public Foundation for the Research of Central and Eastern European History and Society and the MOL Group presented the prize at a ceremony held in the House of Terror Museum on Monday.

Gergely Gulyás, the head of the Prime Minister’s Office, said in his address that Sándor Lezsák and József Szájer had not only done much “to defeat the communist dictatorship and guarantee the path to national independence, freedom and responsibility, but they also helped us profit from our freedom for the benefit of the Hungarian nation.”

Mária Schmidt, a historian who heads the 21st Century Institute, said the Petőfi Prize gives recognition to efforts made for the common good and freedom.

“In the end, we esteem examples of courage and uncompromising perseverance so they are visible to everyone,” she said.