The personal data of 680,000 Hungarians linked to a signature drive demanding that Hungary join the European prosecutor’s office was handled outside the European Union, the daily Magyar Nemzet said on Friday, citing the head of Hungary’s data protection authority (NAIH).

Attila Péterfalvy told the paper that people who lent their signature to the initiative by independent lawmaker Ákos Hadházy had to provide their name, email address, telephone number and postal address. It is “problematic” that these data were handled abroad, he said. The data is being processed by US and Canadian companies, according to the information provided on data management during the signature drive, he added.

Also, the role that parties played in gathering the signatures was “problematic”, he said, noting that the opposition Socialists (MSZP) and Momentum had supported the signature drive.

Some 680,000 signatures were collected instead of the one million targeted, the paper noted. It is not known what the parties did with the data they collected, the paper added. 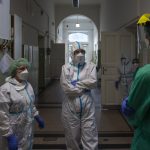 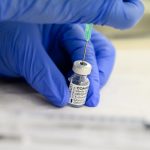