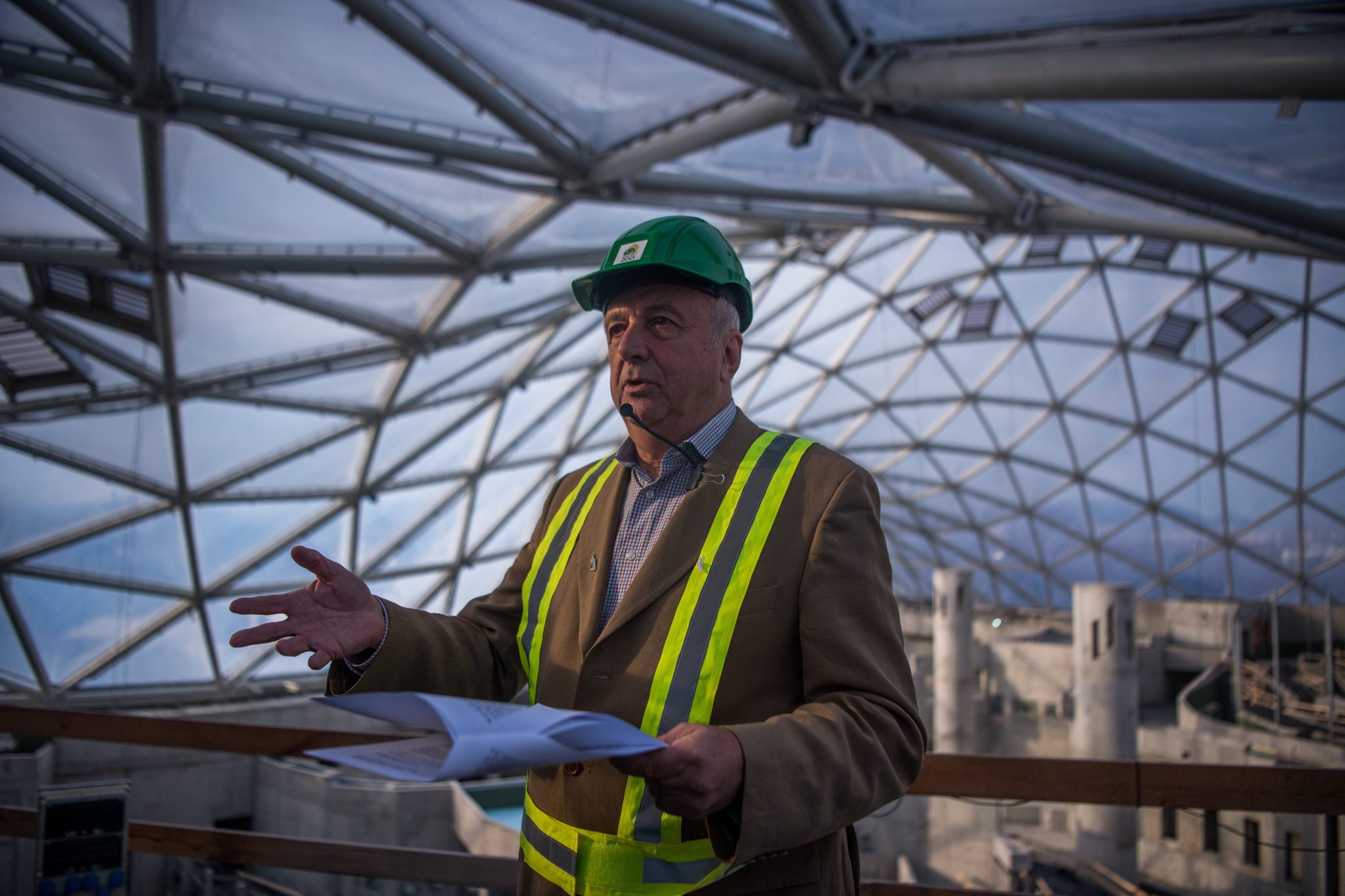 Miklós Persányi, director of the Budapest Zoo and Botanical Garden has announced his resignation as head of the institution.  According to a statement from the Budapest Mayor’s Office, Persányi will resign as of March 1, 2020, for health reasons, but press sources also cited the increased pressure concerning the building of the bio-dome as one of the reasons.

The departing director informed Budapest Mayor Gergely Karácsony that his health had deteriorated recently – so he decided to resign. He may be replaced by the current Chief Operating Officer as Deputy Director General. In his resignation letter to the Budapest mayor, Persányi wrote:

I entered my seventies and the extreme pressures of my work in recent months has put my health to the test. After assessing the increasing tasks and the negative effects it may cause to my health condition in the next period, I am resigning from my senior management role in the organization.

He added that he is still as committed to the Zoo and the capital as he was 26 years ago when he joined the institution on March 1, 1994 as general director. He wrote: “I will continue to support my colleagues, advise my successor, introduce them to the professional community, and assist in any way I can, and am ready to contribute to the successful completion of the Zoo’s developments and future operation.”

According to the statement, Gergely Karácsony accepted the resignation and recommends the Metropolitan General Assembly to entrust Roland Szabó, agricultural engineer and deputy director to take over Persányi’s duties. The Metropolitan General Assembly will meet next Wednesday and will decide on the person in charge, while Miklós Persányi’s successor will be selected through an open application process.

Persányi has been the general director of the Budapest Zoo for almost 26 years. He had good relations with the leaders of the capital and the government, although he was the minister of environment and water management in the Gyurcsány-era, in 2007 he returned as the head of the Zoo.

Many have argued that behind the director’s resignation is probably the increasing pressure around the development of the future main building of the Pannon Park of the Budapest Zoo. Originally, the investment of the bio-dome received significant government support, as well as the 6.5-hectare area of the neighboring former Amusement Park and would have been the pride of the Zoo. However, the glass complex, which was projected to cost 43.7 billion in 2017, is currently running at 63 billion.

Budapest Zoo is earmarked for significant expansion within the framework of the Liget Budapest Project. According to the plans, Pannon Park will attempt to conjure up the flora and fauna that once existed in the Carpathian Basin. The central complex of Pannon Park will be the aforementioned bio-dome, a huge greenhouse which can already be spotted from many places in the city.

Last month, Minister of State for the development of Budapest and the metropolitan agglomeration Balázs Fürjes, told Inforádió that the government will not allocate more funds for the bio-dome to be completed. According to Fürjes, the government initially welcomed the idea and even provided additional resources, but then Budapest Zoo and Botanical Garden director Miklós Persányi has “put the government and the country as a whole in a very difficult situation,” as an additional HUF 20 billion (EUR 60 million) was needed for the completion of the bio-dome.

According to Fürejes, after the first price increase, Persányi promised the government that there wouldn’t be any more hikes. Fürjes also confirmed that the government has thus far allocated HUF 45 billion (EUR 135 million) for the project in which they had no say, as it had exclusively been overseen by the Zoo’s leadership.

According to hvg.hu, the new finance director of the Zoo has finished evaluating the costs of the bio-dome investment with answers as to why it costs more than the originally expected 43.7 billion. According to this, they initially considered a smaller project area, while the execution plans of the construction company (Market, owned by István Garancsi), “contained several previously unknown tasks or altered estimates of earlier quantities,” and construction prices have also risen lately. According to Hvg.hu, items that add to the budget include hospitality items as well, which alone cost 660 million. Not to mention that the zoo’s energy bill will increase with the operation of the bio-dome, and even 140-150 employees will have to be hired by 2021, the planned opening of Pannon Park.

In the featured photo: Miklós Persányi in the Biodome. Photo by Zoltán Balogh/MTI