“People Who Had Earlier Viewed Me as a Traitor Now Share My Views”: Ex Deputy PM Reacts to Fidesz Plans to Scale Back “Soros” Attack Campaigns 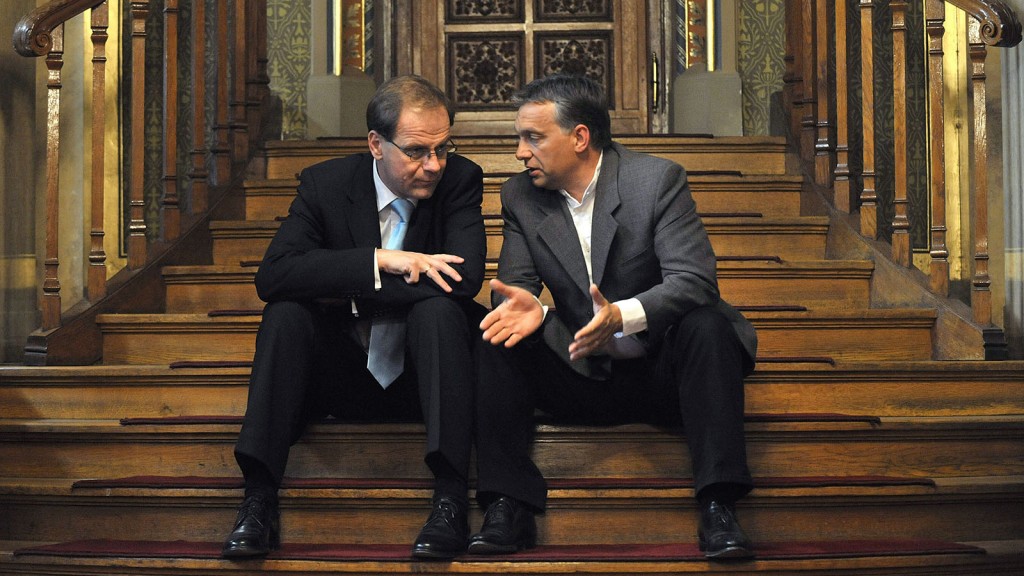 In the wake of the ruling Fidesz party’s surprising defeat in the eastern city of Hódmezővásárhely’s mayoral by-election, a number of high-profile figures connected to Prime Minister Viktor Orbán’s party have begun publicly expressing their views that the government’s lengthy campaign attacking Hungarian-American billionaire George Soros has been a counterproductive one.

In particular, András Bencsik, a pro-government journalist who for years has been involved in organizing Fidesz’s  “peace march” rallies, argued in the wake of the Hódmezővásárhely election that the party

should stop this grade-school level Soros-ing.

Bencsik’s comments were in reference to the Orbán government’s lengthy series of campaigns targeting George Soros, which have included billboard campaigns, a “National Consultation” on what the government claimed is the “Soros Plan,” and a package of proposed legislation entitled “Stop Soros,” which critics have described as a “deeply disturbing and unjustified assault on civil society.”

Since the mayoral by-election, Bencsik’s sentiments have been echoed by a range of pro-Fidesz commentators, including the controversial Zsolt Bayer.

This, in turn, has garnered a rather amused response from Tibor Navracsics, a Fidesz politician who is currently serving as the European Commissioner for Education, Culture, Youth and Sport, and who last year was repeatedly attacked by some of his Fidesz colleagues as a “traitor” to Hungary for his unwillingness to parrot the party’s propaganda regarding the so-called “Soros plan,” as well as for his work within the EU, which has likewise been the subject of Fidesz attacks.

When asked by left-wing news site Zoom.hu for his reactions to comments made by Fidesz-linked figures that the Orbán government refrain from its attacks on Soros, Navracsics said

When I heard this, I thought ‘Well now…’

At the same time, Navracsics emphasized that he didn’t want to express his views more fully on the matter, since he does not wish to be involved in Hungary’s parliamentary elections in any way.

I was happy to hear that the very people who had earlier viewed me as a traitor now share my views.

Navracsics, Fidesz, and the “Soros Plan”

In the past, Navracsics has been at the center of heated controversy over the supposed “Soros plan,” and has been repeatedly attacked by his former allies in Fidesz as being an agent of the Hungarian-American billionaire and a “traitor to Hungary.”

Last November, Navracsics had told a forum in the central city of Kecskemét that contrary to the claims of Prime Minister Viktor Orbán and other Fidesz politicians, the “European Commission has had no discussions about [the ‘Soros plan’], and it is nowhere to be found in the Commission’s plans.”

Going further, Navracsics described the Fidesz government’s claims of a ‘Soros plan’ are based on nothing more than “one or two newspaper articles written by George Soros at the start of the migration crisis in the fall of 2015.” In addition, the Commissioner added that

Navracsics’ recent statements echo those he made this past September, when he similarly described the ‘Soros Plan’ campaign as nothing more than “an element of the rhetoric of the upcoming [2018] election campaign.”

In addition, while speaking in Kecskemét, Hungary’s European Commissioner lamented the fact that

Following Navracsics’ first comments about the ‘Soros plan’ at the end of last September, several Fidesz politicians attacked their former colleague, accusing him of being a traitor and an ‘agent of Soros’ himself.

In particular, Deputy Prime Minister Zsolt Semjén accused the EU Commissioner of being a traitor to Hungary; at the time, Navracsics described this attack as “unfair”, and expressed his “particular displeasure” that “the people who are saying this are the same ones who for the past 10-15 years have praised my brilliance, and who have always gone on about what good friends we are.”

When asked again about the Deputy PM’s comments, Navracsics reiterated his feelings of displeasure, adding that “I believe that Zsolt Semjén also knows that I am not [a traitor].” Continuing in this vein, the EU Commissioner argued that “this is not a question of treason; this is a dispute between the Commission and the Hungarian government.”