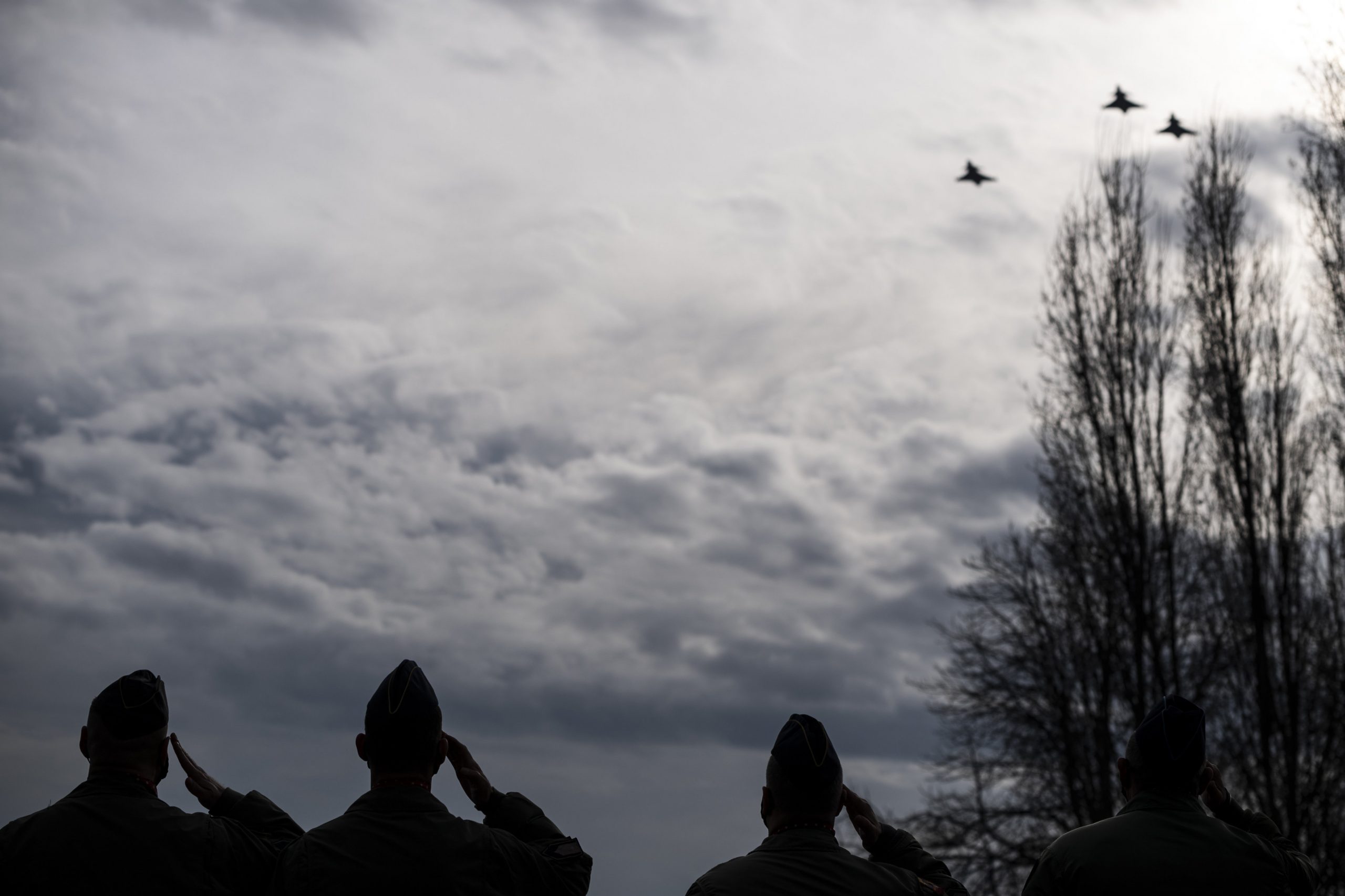 Prime Minister Viktor Orbán on Saturday marked the passing of First Lieutenant Endre Frankó, the last World War 2 veteran who had served as a fighter jet pilot in the 101. Puma Air Defence Unit, a legendary unit of the Hungarian Armed Forces.

Frankó was deployed as a fighter pilot in 1944, at the age of 19. He flew in eight missions before he was taken prisoner by the US forces in 1945. He died on December 30.

The Armed Forces paid tribute to Frankó by flying three Gripens over the city on Saturday, during his memorial service. Orbán marked his passing on Facebook by posting “Our guidance is Courage, our companion Luck”, the Puma unit’s motto, on his Facebook page, with the words: “Farewell to First Lieutenant Endre Frankó, the Puma’s hero now flies in the heavenly formation. May he rest in peace!”