Parliament’s legislative committee on Tuesday unanimously approved a proposal to lower both the social contribution tax and the part of the Simplified Public Contribution imposed on employers by 2 percentage points from July.

The proposal was submitted to parliament by Finance Minister Mihály Varga earlier on Tuesday. As lawmakers are set to debate the bill in a fast-tracked procedure, it is likely they will vote on it as early as Wednesday.

Under the bill, the social contribution tax and the part of the Simplified Public Contribution imposed on employers will both fall to 17.5 percent from the current 19.5 percent rate.

Explaining the tax cut, the bill’s justification says the Hungarian economy is “performing remarkably well”, noting that Hungary’s first-quarter economic growth rate was the highest in the European Union. The government wants to protect Hungary’s economic achievements by cutting taxes and promoting employment, the bill says. 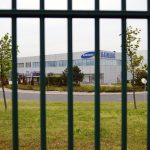