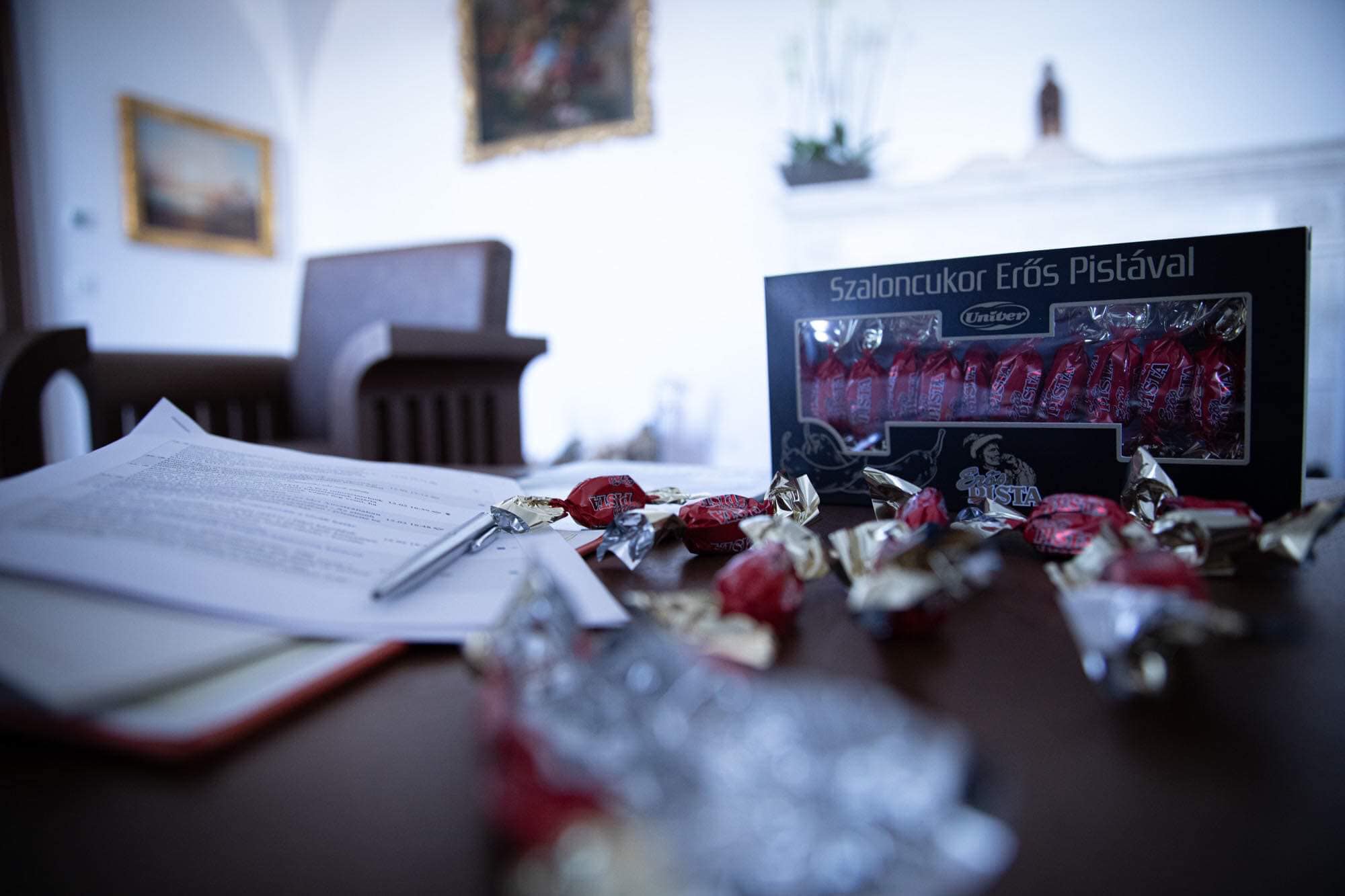 As Christmas begins to descend on Hungary and Christmas Markets open, the country’s famous holiday candy, szaloncukor (‘parlor candy’) fills shelves in shops nationwide. This year, Kecskemét-based Univer came up with a rather radical idea, and prepared a fusion of two Hungarian classics, Erős Pista and szaloncukor.

From the middle of November until Christmas, Hungarian shoppers buy tons of szaloncukor each year. According to estimates, more than 9 billion HUF ( 29 million EUR) worth of sweets are purchased each year. One of the most popular types of candy is szaloncukor.

For years, the most popular szaloncukor filling has been jelly, followed by coconut and marzipan. In addition, every year, unique flavors are produced as well, such as one flavored to taste like a Zserbó pastry. However, this year, Hungarian shoppers can spot an unusual flavor on the shelves: Erős Pista, one of the most popular paprika products on the Hungarian market. It contains roughly- ground, hot paprika. The limited edition Erős Pista szaloncukor is the product of the Kecskemét-based Univer company. Hungarian news portal index.hu tested the hot spiced candy, but as it turns out, the flavor is not that spicy. Erős Pista is mixed with rum and cocoa filling and coated with chocolate and according to the testers, it can hardly be tasted.

Yesterday, even Prime Minister Viktor Orbán posted a photo of the candy on his official Facebook page as part of his every day Advent photo series. On the third day, after a picture of the first candle on the Advent wreath, then the first snow, he posted the Erős Pista szaloncukor with the caption in Hungarian and English: “Erős Pista. Erős Magyarország//Strong Steve. Strong Hungary.”