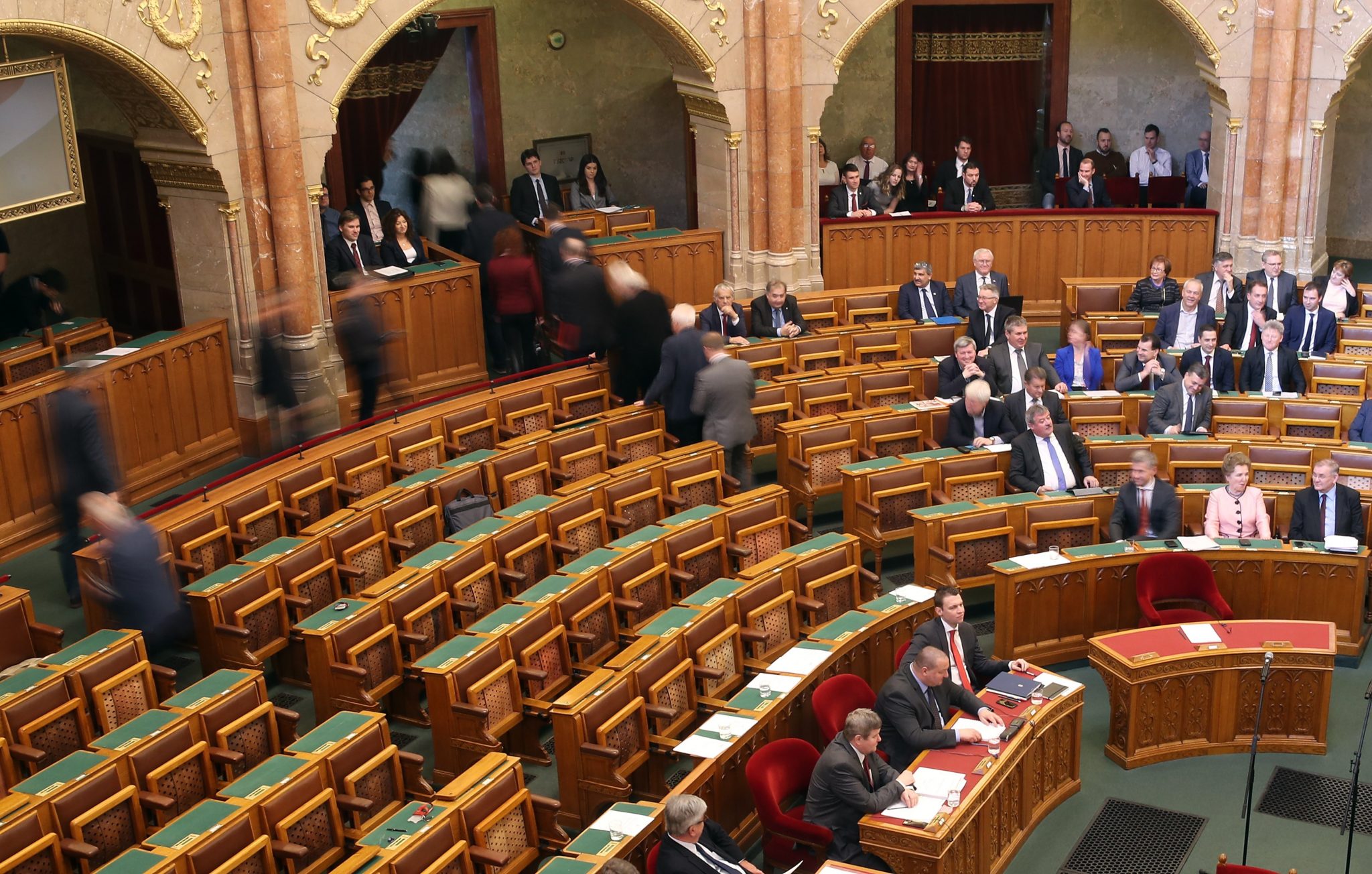 The Parliament’s spring season began on Monday. At the start of the assembly meeting, László Kövér, the Speaker of the Parliament, gave opposition politicians an opportunity to be heard prior to the agenda. However, Jobbik, MSZP and LMP declined to speak. Instead, their groups left the session one after another.

“The opposition will not take part in ‘propaganda Monday,’ but instead will offer support where it’s needed most. Therefore, we will go to Esztergom this afternoon and ask our questions there,” said Bertalan Tóth, president of MSZP, at the press conference following the boycott. Earlier, Suzuki fired an employee for initiating the organization of a trade union within the company. The Japanese carmaker, a strategic partner of the government’s, still forbids its employees from creating a union and considers the workers’ council the correct platform for carrying out negotiations.

Párbeszéd co-leader Tímea Szabó said they refuse to listen to the lies the PM wishes to “burden the people with.” She argued that 2019 would be the year of slaves and not the year of families as the government had promised. 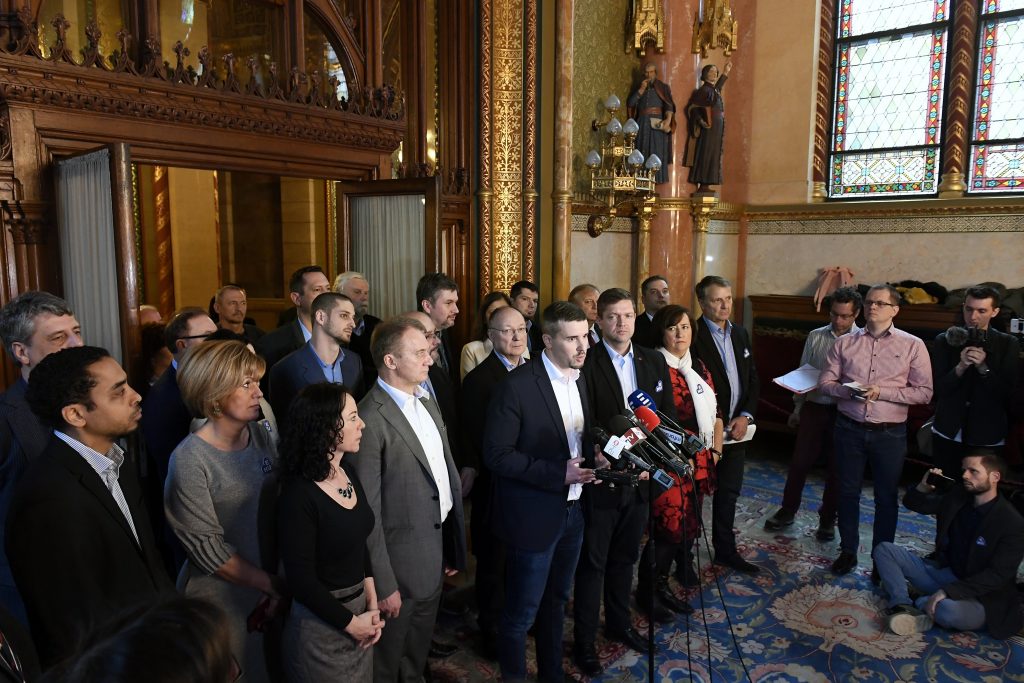 LMP’s Antal Csárdi said they would not assist the “flood of lies” coming from government MPs. With the approval of ‘the slave law,’ the cabinet took action against the majority of workers. It’s now the opposition’s mission to address the situation that has emerged. They plan to visit the Suzuki factory and send a firm message to companies that see ‘the slave law’ as an opportunity for development, he added.

“Our coward Prime Minister doesn’t have a homeland,” said Jobbik’s Péter Jakab in criticism of Orbán’s decision to not take part in the opening day of the Parliamentary Spring Session. Instead, the PM chose to travel to Jerusalem and meet with Israel and the V4 countries.

Independent MP Bernadett Szél said László Kövér denounced the parliament by continually punishing the members of the opposition. “It’s a fake democracy, fake parliament and rule of law is non-existent. The opposition will act accordingly,” she said.

Fidesz group leader Máté Kocsis claims that the opposition encourages people to fight in the streets:

We heard all the valuable thoughts the opposition had to offer. They’ve shared everything they think about what’s going on in the world. Only a few selfie sticks remained.