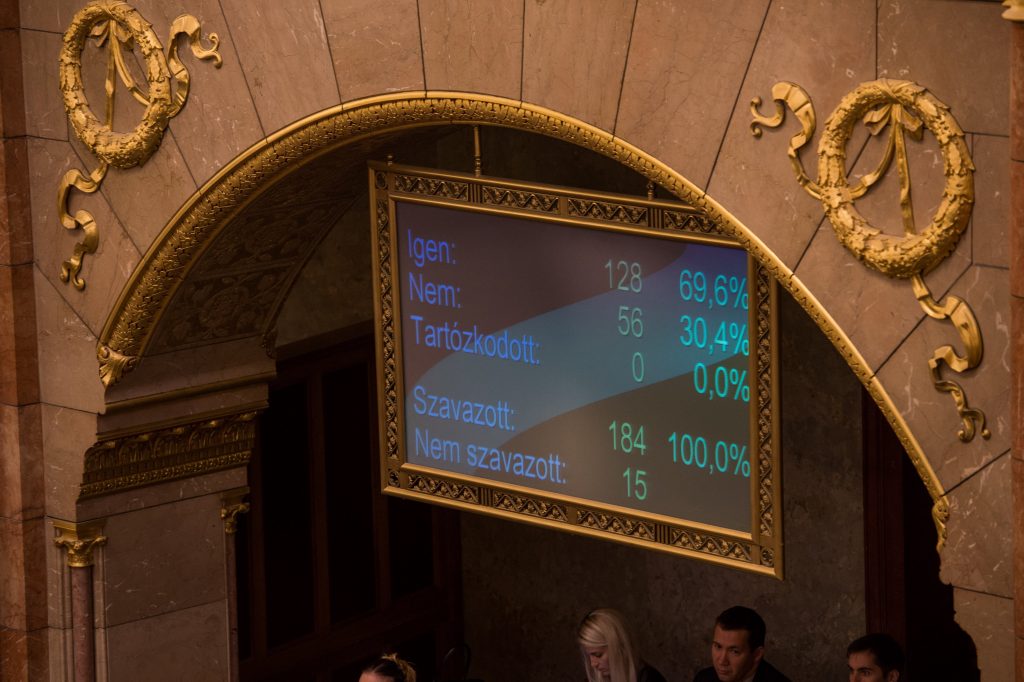 The Hungarian parliament on Friday adopted a new assembly law to replace legislation passed back in 1989. Under the new law, passed with 131 votes in favour and 56 against, “anyone will have the right to organise or participate in peaceful and unarmed demonstrations”.

As defined by the new legislation, a “meeting” is an event “attended by at least two people with the aim of publicly expressing their opinion on some public affair”. Public meetings shall be announced to the police at least 48 hours prior to the actual event.

The national assembly adopted an amendment to the penal code, under which people disrupting public events could be punished with up to one year in prison, while the punishment could be up to two years imprisonment if the person “violently disobeys” the organiser of the event.

The assembly law will take effect on October 1.

Parliament passed a law that will increase protection of privacy, with 153 deputies supporting the proposal and 34 voting against it. Under the new law “everybody is entitled to respect for their private and family life, home or contacts”.

The legislation stipulates that public officials are entitled to the same protection as private individuals “outside the discussion of public affairs”. Public officials’ activities in their private life or information thereabout are outside of the public realm, according to the new stipulations. 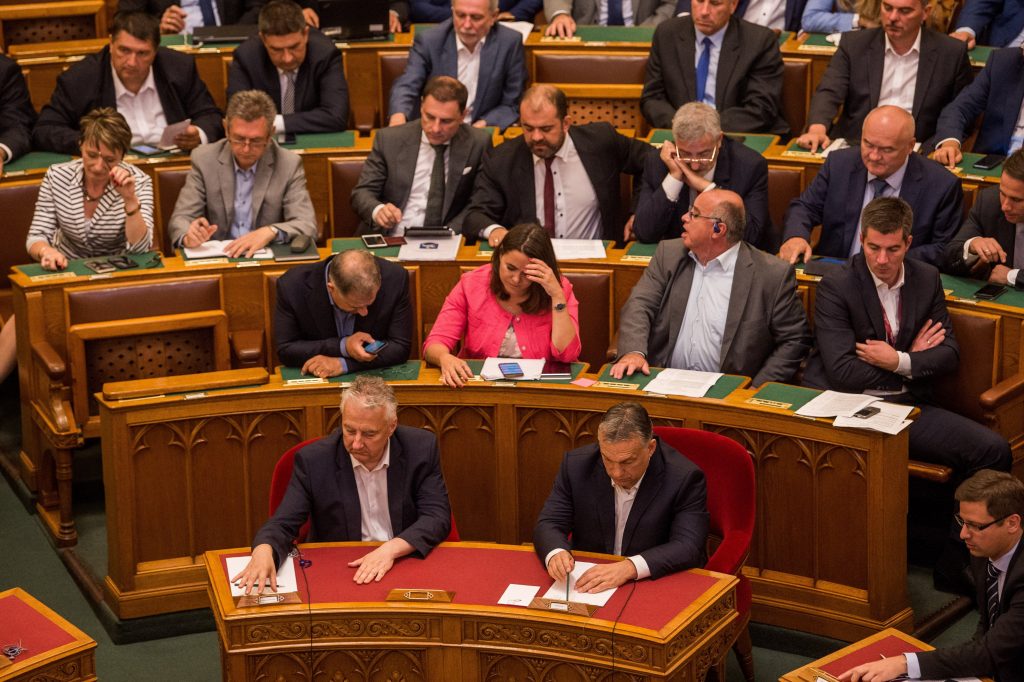 Parliament approved a package of tax changes on Friday, the last day of the summer session, that introduces a levy on funding to promote immigration, exempts some retail bank transfers from the financial transactions duty and raises late payment penalties, among other tax and related changes.

The package was passed with a vote of 131 in favour, 33 against and 23 abstentions. The law introduces a 25% levy on “material support for the operation of NGOs whose activities support immigration”. It will subject NGOs to the levy that provide assistance to the immigration of non-EU nationals or foreigners without residency permits either “directly or indirectly”. Such “programmes, operations [or] activities” that “are designed to promote immigration” may be in the framework of “conducting or participating in media campaigns and media seminars”, “organising education”, “establishing or operating networks” or “propaganda that paints immigration in a positive light”.

All proceeds from the levy will go towards protecting the border. The law exempts retail bank transfers up to 20,000 forints (606 euros) from the financial transactions duty. The change aims to “strengthen electronic payments and reduce the use of cash at the same time”, the law’s authors said. At present, the financial transactions duty makes it more costly for households to pay their bills with a bank transfer than to queue up at the post office and pay by postal cheque. The law raises the benchmark for late tax payment penalties from double the central bank base rate, or 1.80% at present, to five percentage points over the base rate, or 5.90%.

The law eliminates an exemption from the public health tax for fruit distillates, such as pálinka, the national eau de vie, and for herbal liqueur. The change seeks to “end a legal dispute with the European Commission”, “avoiding a situation of legal uncertainty, bad for both taxpayers and the tax authority that could drag on for years”, the law’s authors said.