Catalonia and Szeklerland, or Székely Land, as the latter’s residents call themselves, are both thousand-year-old autochthonous ethnic regions. It is a no-brainer that they both want to be free from oppression and both want to dream about autonomy and self-determination.

Britain’s vote to leave the European Union was a seismic political moment in the Western world that could fuel more independence drives throughout Europe and elsewhere. In this blog, however, I aim to call attention to the current Catalan independence drive and the autonomy struggle of the Szeklers (Székely people) in Transylvania.

It should be noted that there have been long-time independence struggles by Scotland, Northern Ireland, Basque country, Normandy, Corsica, Sardinia and Sicily to have self-determination in some form or fashion. And there are some newer secessionist movements in Karelia, Bavaria, Vojvodina and Crimea, the latter being forcefully assisted by Russia. These independence drives are often resisted or suppressed by the more powerful central government or neighboring countries, which aim to hold these breakaway entities a part of a larger entity. 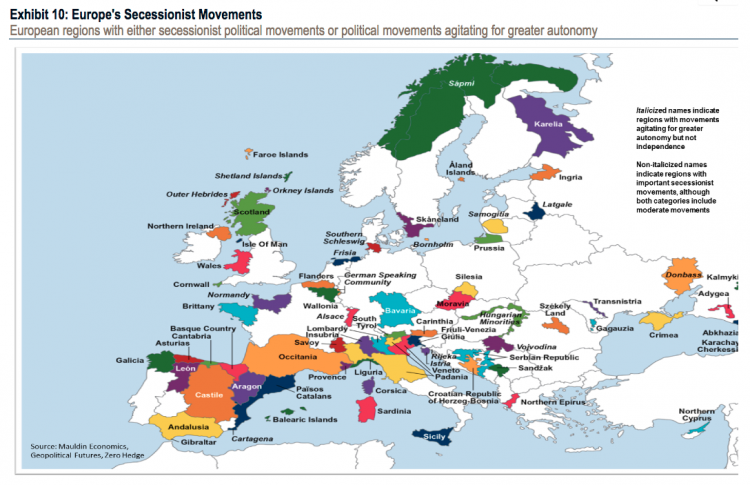 In the 2017 edition of its annual Transforming World Atlas — which uses maps and other data visualizations to illustrate major global issues — Bank of America Merrill Lynch focuses one map on the growing secessionist movement across the continent.

While Brexit is undoubtedly the biggest recent political earthquake that we have witnessed in Europe, there are similar movements across Europe that could end up physically splitting entire nations and ultimately the European Union.

The Catalonian events give particular impetus to the autonomy drive of Transylvanian Hungarians in Székely Land, yet they also present some dangers, so the key word may be caution when comparing one to the other. Major differences should be noted as the Catalans already have had a relatively significant level of autonomy, while Szekely Land has not. Also, while Catalonia is geographically a part of a larger EU country, Spain, Szekely Land is far removed from its Hungarian-speaking relatives in Hungary.

Self-determination, grassroots movements and ethnic struggles are age-old global phenomena. They have been occurring periodically throughout history and they derive their legitimacy from below, from the citizens who wish to set themselves free from various forms of oppression or federalist rule. 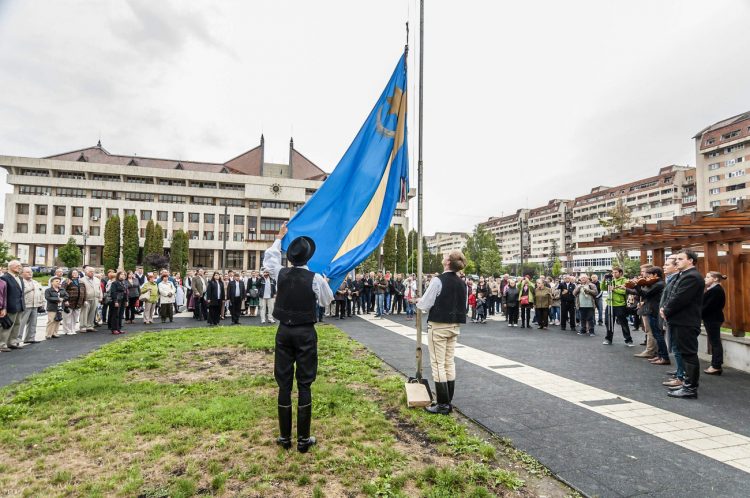 Catalonia’s case is unique. So is Székely Land’s. But substantial parallels can be drawn between the two. One of these is their ethnic composition: Catalonia comprises 90 percent Catalans, just like Székely Land is inhabited by roughly 75-80 percent Hungarian-speaking Székely people. These ratios alone justify an autonomy or independence drive.

The way Madrid responded to the Catalonian national referendum is much like the way Romanians have responded to any attempt by local Hungarians in Székely Land to have some degree of self-rule. By force and by repression. At the minimum, these proud ethnic people should have a right to be educated in their own language and allow to waive their own flags, since they are autochthonous peoples who have been living there for centuries. Catalonia was engulfed by Spain in the 15th century, as well as under Franco’s dictatorship, and Székely Land, as well as the larger region of Transylvania, was annexed by the Romanians in the midst of the post-war settlement dictates imposed by the winning powers after WWI and WWII, which annexation was enforced by an external superpower (the Soviet Union), while the other superpower, the United States, essentially stood by and even encouraged this annexation as a part of Woodrow Wilson’s condescending attitude and policies. The idea was to punish Hungary and some other central powers, like Austria, disproportionately in the wake of the war. The Trianon Peace Treaty is therefore one of the most disgraceful and unjust peace accords in modern history that should be discarded altogether and renegotiated in full.

In sum, whatever the similarities and/or differences are between the current Catalonian independence drive and Szekely Land’s autonomy initiatives, the two should be examined carefully, and cautious diplomatic approaches and negotiation may be the key to address the legitimate grievances of these peoples. 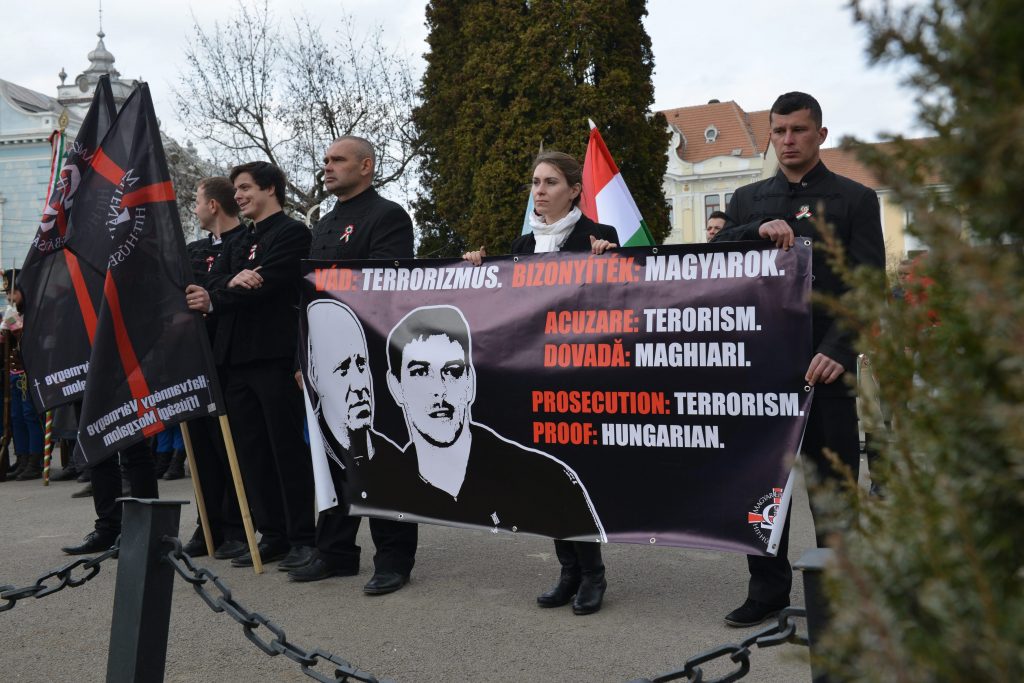 Two Szekler activists who had been charged and sentenced for terrorism in Romania were released on bail on Monday by the Brassó (Brașov) County Court. The men had spent more than five years in jail in total in what many saw as a sort of show trial, serving to whip up anti-Hungarian sentiments in Romania.  […]
Ábrahám Vass 2021.07.22. 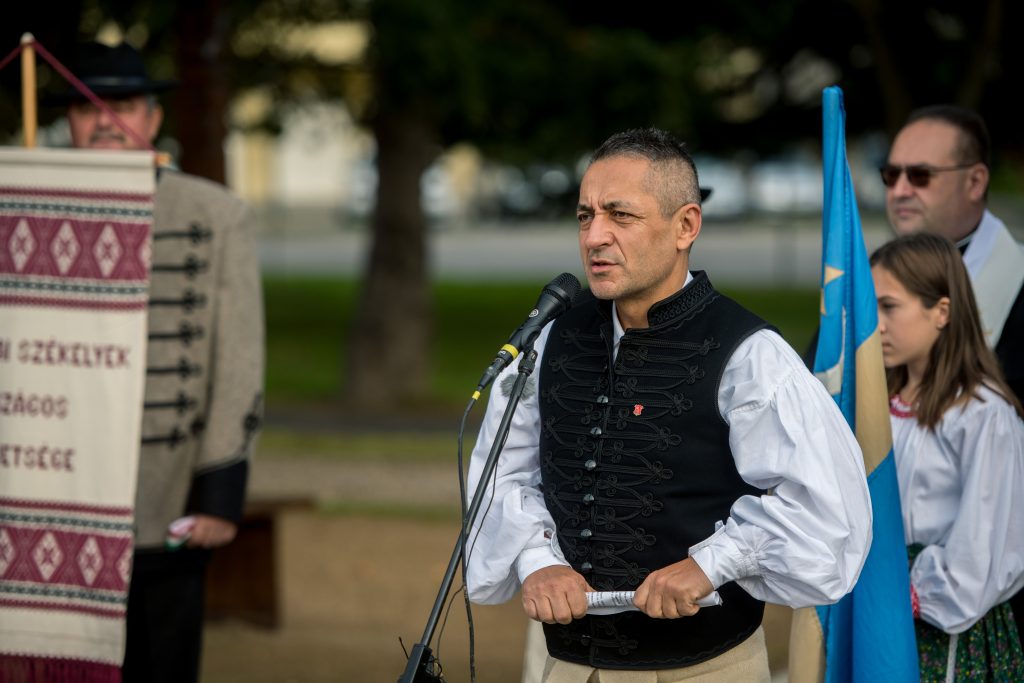 If the Szekler people and their leaders commit themselves in full to a fight for autonomy, they can count on the Hungarian government’s support, the state secretary for Hungarians across the border said in Madéfalva (Siculeni), in central Romania, on Sunday. Speaking at the end of a mass marking the Day of Szekler Autonomy, observed […]
MTI-Hungary Today 2020.10.26.