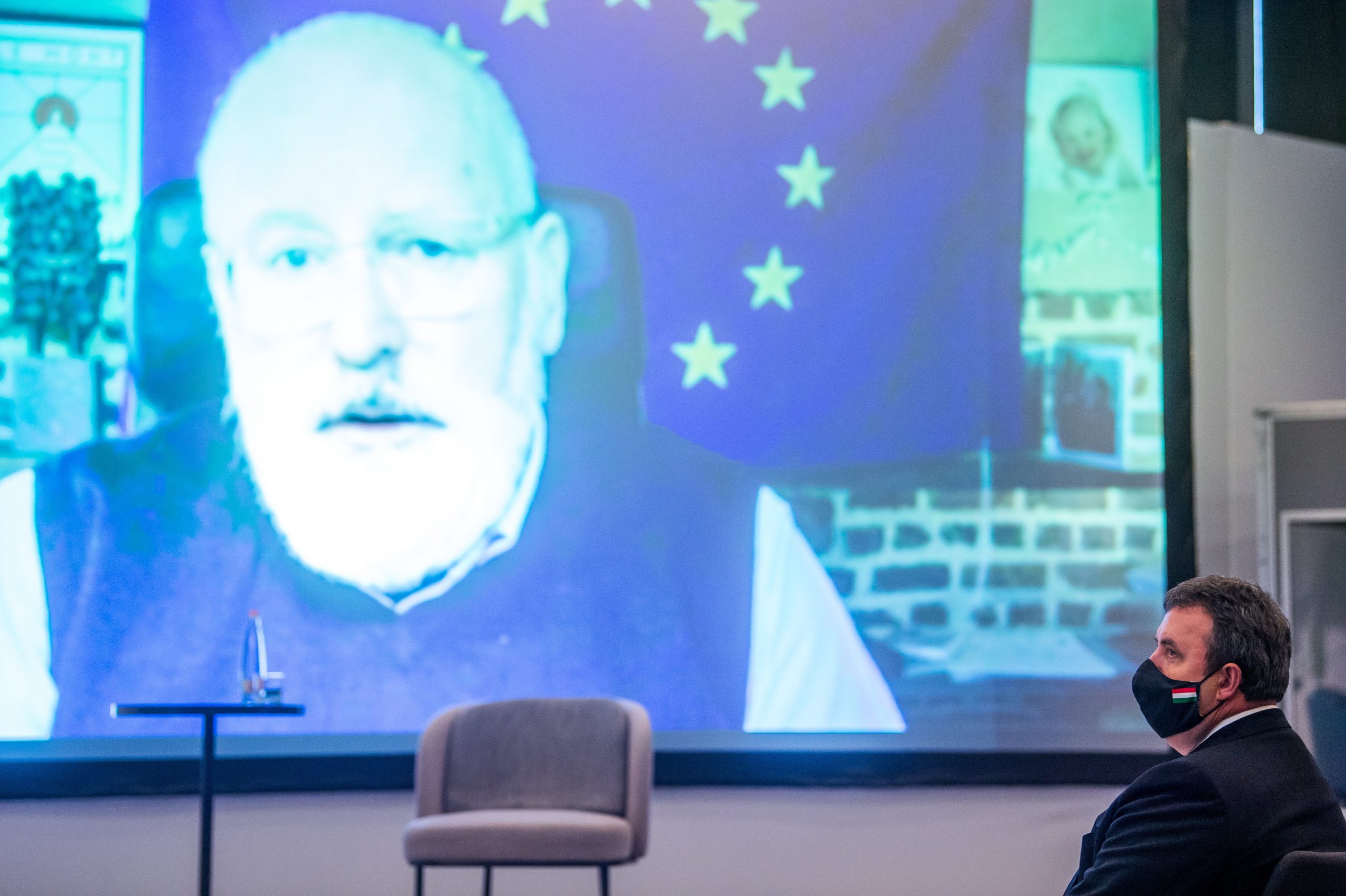 Hungary will be among the first countries to join the hydrogen coalition planned by the European Commission, as it sees “serious opportunities” in the production of pure hydrogen, László Palkovics, the innovation and technology minister, said on Wednesday.

Palkovics issued a statement after meeting Frans Timmermans, the commissioner responsible for Europe’s Green Deal, and noted the large expense of hydrogen production and storage, saying that uniform EU regulations and coordinated developments were “absolutely necessary”.

Palkovics briefed Timmermans on Hungary’s climate goals, as well as discussing hydrogen production and environmentally friendly transport. The combined use of nuclear and solar energy will help Hungary attain its climate goals, he said, adding that hydrogen, too, could play a role in the greening of transport.

Hungary, he noted, is making strenuous efforts to decarbonise transport, having introduced the Green Bus scheme which aims to replace public transport buses in larger cities with electric ones.

Palkovics said Hungary had reduced its carbon emissions by a third compared with 1990 levels and the country’s greenhouse gas emissions per person were less than three-quarters of the European average.

The Budapest Climate Summit, held for the first time this year, was kicked off on Oct. 9, the statement noted.