Paks Block Back at Normal Capacity after Repairs

The number four block of the Paks nuclear power plant went back online on Sunday after repairs.

The block is now operating at nominal capacity, the authority said, adding that the safety of the block was not compromised and the shutdown had no environmental impact.

Each of the plant’s four blocks has a nominal capacity of 500MW. Paks accounts for about half of domestic electricity production. 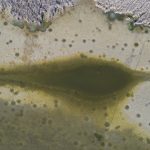