Due to an electrical system malfunction, block number four at Hungary’s sole nulcear power plant at Paks is operating at a capacity of 255MW, operator MVM Paksi Atomerőmű said. The malfunction has had no impact on nuclear safety, it added.

Experts are working to resolve the problem which occurred at 7:50am, it said.

Each of the plant’s four blocks has a nominal capacity of 500MW.

A month ago, there was a minor fire in the same bloc. 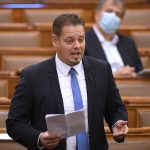 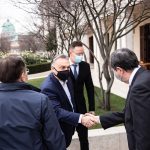