“Own Banksy for Everyone”: Fake Banksy Mural of Orbán Surfaces in Budapest’s Party District 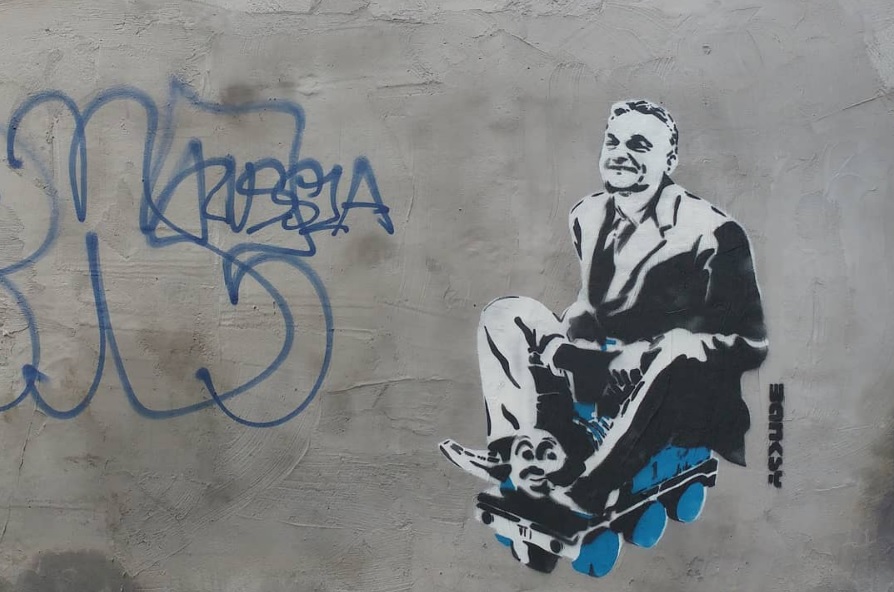 Hungarian fans of the anonymous graffiti artist Banksy got excited this morning when it appeared that a new mural, featuring Prime Minister Orbán driving a small blue train resembling Thomas the tank engine, had surfaced in Budapest’s party district over the weekend.

For a short while, Instagram was full of pictures of the graffiti and selfies taken with it. A small queue formed at the corner of Dob and Rumbach Sebestyén street, where the mural was found.

Unfortunately, although Banksy’s name was sprayed next to the graffiti, it seems that Hungary can’t boast to be a host of a mural by the famous street artist. Hungarian news portal index.hu was able to reach Banksy on his official email address and his team confirmed the case of mistaken identity, writing:

This is not by Banksy. It is the work of an imposter.

Since then, satirical party MKKP (Hungarian Two-Tailed Dog Party) posted a whole album of pictures on Instagram claiming responsibility for the mural and shared their desire to ‘Own Banksy for everyone’:

Due to having a secret identity coupled with a refusal to be interviewed, this isn’t the first time someone has posed as the England-based graffiti artist, director, and activist. In 2013 another impostor sold ‘original Banksy works’ on a New York City street for a fortune . Only a couple of weeks prior, in the aforementioned spot, the real Banksy attempted to sell his artworks for a far cheaper price, and managed to only sell eight before the end of the day. A hoax of Banksy’s arrest also emerged in the news in 2014. 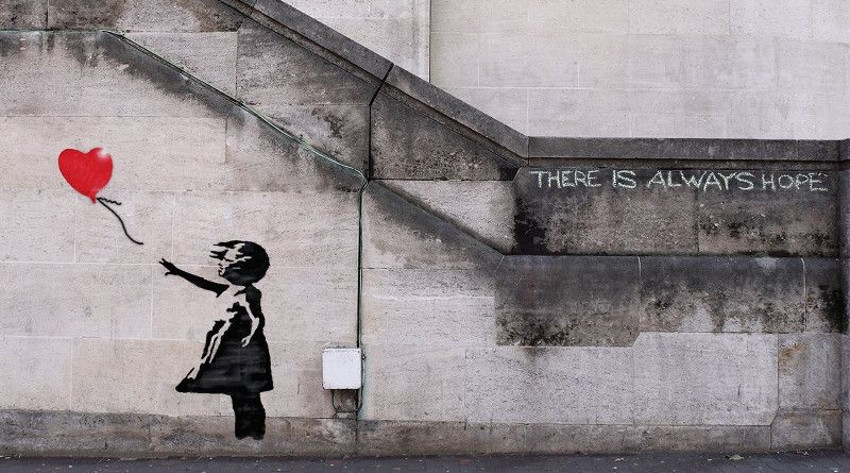 One of Banksy’s most famous graffitis.

There are fan theories that Banksy is actually Robert Del Naja, 52-year-old frontman of trip hop trio Massive Attack, and back in 2016, journalist Craig Williams wrote a blog post connecting the band’s tour dates with the appearance of Banksy murals. The graffiti of Orbán in the party district excited believers of the theory as Massive Attack just had a concert in Budapest this past weekend.