Over 60% of Hungarians Like Being EU Members, New Study Finds 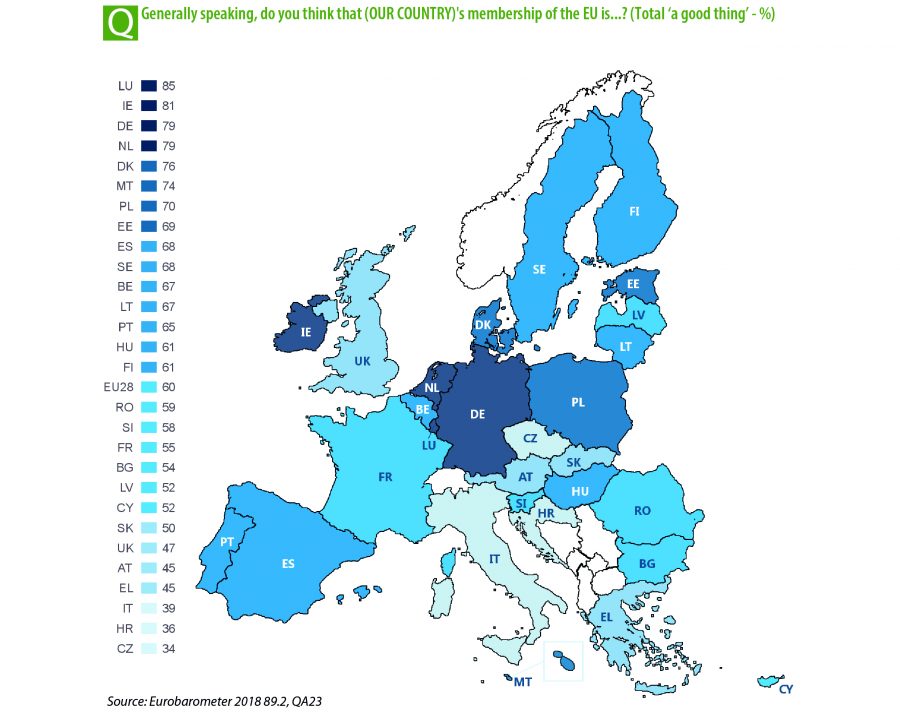 According to results of the 2018 Eurobarometer survey, a poll conducted each year by the European Parliament, Hungarians view the European Union more positively than many of their peers in other countries throughout Europe.

The survey, titled “Democracy on the move – European Elections: One year to go,” asked citizens of all 28 (soon to be 27) member countries of the EU about their views regarding their views on the bloc itself, democracy, issues facing Europe, and the upcoming European Parliamentary elections which are scheduled for May of 2019 (you can view the survey’s results in their entirety here).

Summarizing the reports overall findings, the creators of this year’s Eurobarometer survey noted that it shows

a continuous increase in citizens’ support for the European Union. Over two-thirds of respondents (67%) are convinced that their country benefits from being a member of the EU. This is the highest score ever measured since 1983. Also, for the first time, a majority of respondents (48%) believes their voice counts in the EU.

This increase was certainly borne out among Hungarian survey respondents, 61% of whom view their country’s membership in the EU as “a good thing,” which is 1 percentage point above the EU average. By contrast, in the Czech Republic, just 34% of those surveyed felt that membership in the bloc was good for their country.

In addition, as Hungarian news site 24.hu notes, since the last survey was published one year ago, Hungarian opinions on the EU have improved by 11% (while the average was 8 points).

Overall, in most of the categories surveyed, Hungarian respondents were just as positive as, or more positive than, other bloc members on questions related to the future of the EU and of democracy in Europe. This can be seen in responses regarding satisfaction about “the way democracy works in the EU” (58% vs. the EU average of 46%), as well as in questions regarding whether the EU is headed in the right direction, where positive Hungarian responses were likewise above the bloc’s average. 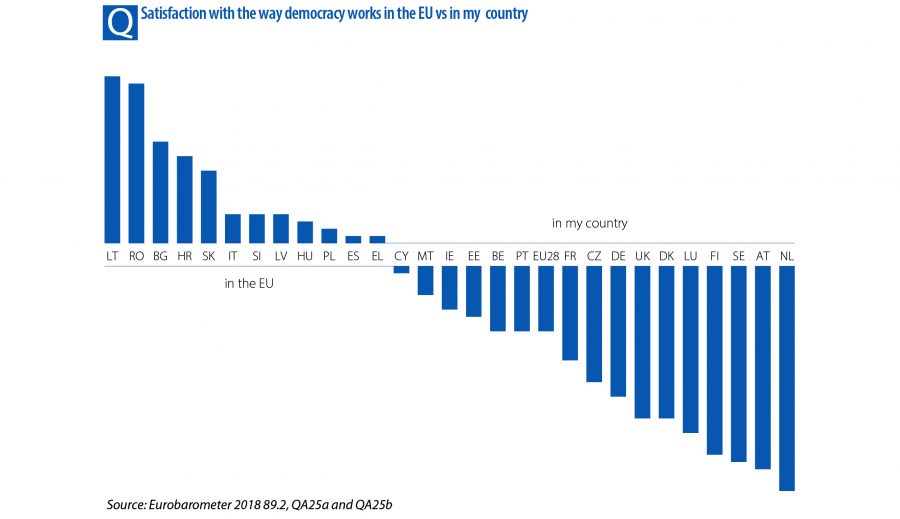 Hungarians, then, have a more positive view of the directions of both the EU and of Hungary than other Europeans do. This is particularly interesting in light of the fact that, from a political perspective, these two directions would seem to be contradictory, especially since the government of Prime Minister Viktor Orbán has often attacked the policies of “Brussels” and has in fact launched entire “National Consultation” and billboard campaigns attacking the EU.

Another point where Hungarian domestic politics seems to spill over into respondents’ views is in the question of challenges facing the bloc ahead of the 2019 EP elections. While Hungarians joined other Europeans in their view that fighting terrorism and “combating youth unemployment” should be important campaign issues, they were far more likely than other EU members to focus on “immigration” (62% vs. an EU average of 45%), “security and defence policy” (39% vs. 29%), and “protection of external borders” (43% vs. 26%). As all of these were key to Orbán’s campaign messaging about the “dangers” of “migrants” and of groups that he claims “organize” them, it can be inferred that such rhetoric has had an impact on those Hungarians surveyed. 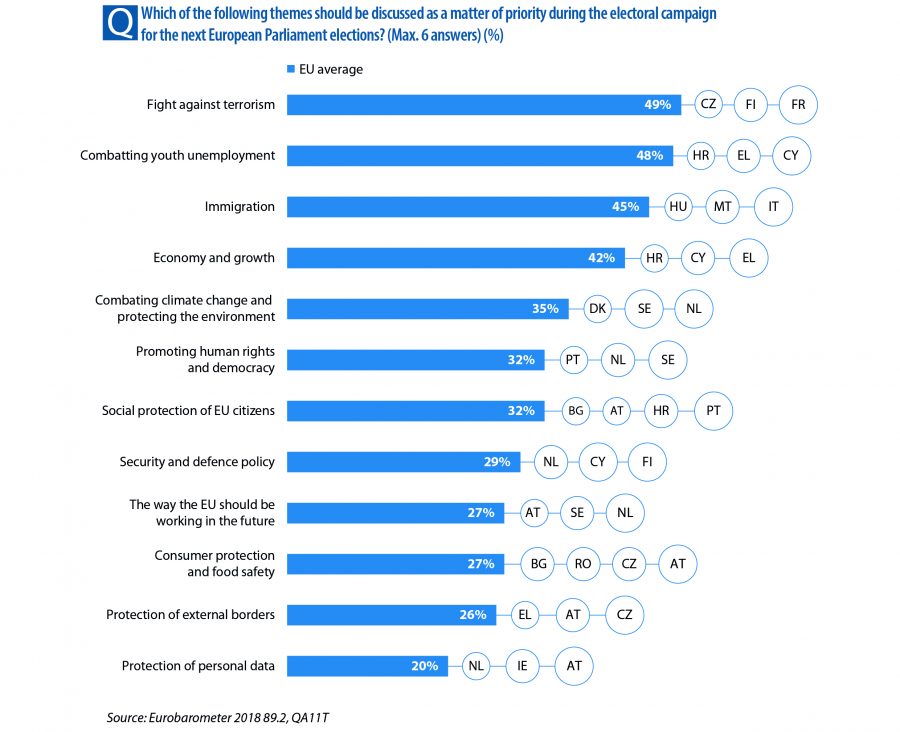 One issue that did not seem to impact Hungarian citizens, in contrast with many other Europeans, was that of the disruptive influence of new political parties. The survey asked several questions about the emergence of these new parties, which have caused political disruption and, in some cases, even formed governments, in places ranging from Germany to France to Italy (in Italy in particular, the entire country’s governmental mechanism is in a state of gridlock as two anti-establishment parties are attempting, and as of this writing failing, to form a new government).

By contrast, while Hungarian survey respondents may have overall responded positively that such parties, whether in their own country or elsewhere in Europe, “can find new solutions better” (67% vs. an EU average of 53%), the fact remains that new parties have failed to find much traction in Hungary. In fact, the only major new party to emerge in the past few years, the Momentum Movement, performed quite poorly in April 8th’s parliamentary elections, and failed to win any seats in the National Assembly.