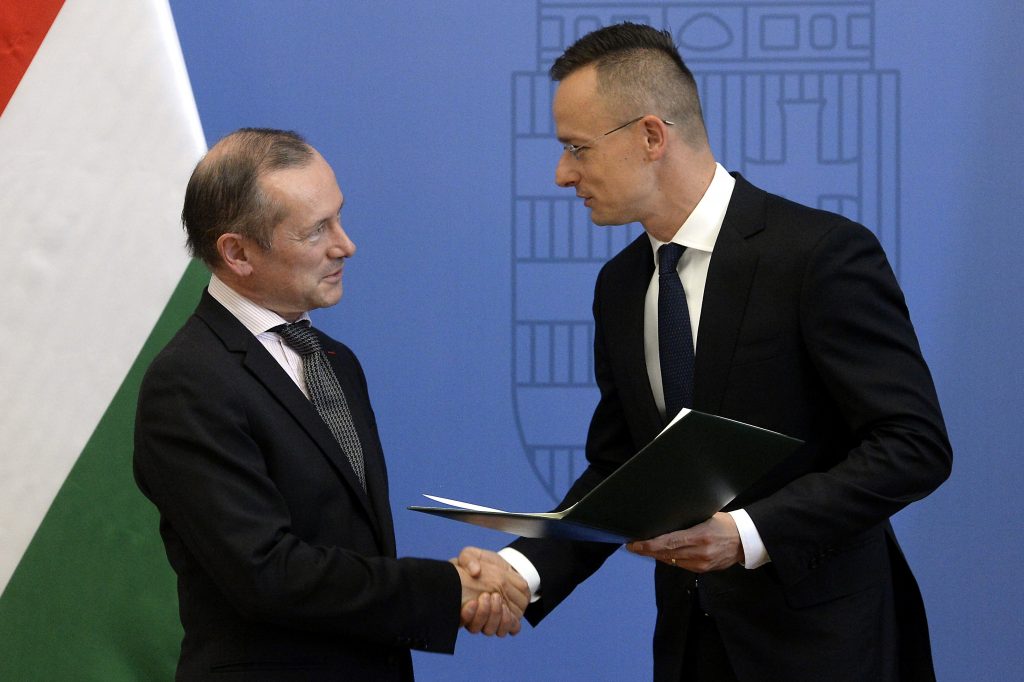 Foreign Minister Péter Szijjártó, who handed over the award, said at the ceremony that Fournier served in an era which had been perhaps the most intensive in world politics over the past few decades. Old alliances have been broken and new ones forged, so it is realistic to expect similarly intense trends to continue in the next few years, he added. “Allies and friends are much in need in the midst of current disputes, and Fournier has been such friend for Hungary,” he added.

Fournier said he tried to explain to his government what Hungarians are like and what the Hungarian reality is.

As we reported earlier, in a leaked confidential note, Éric Fournier made comments praising Hungarian PM Viktor Orbán’s migration policy. At first, many suspected this could be a major factor in his replacement by French president Emmanuel Macron. However, French news site Le courrier d’Europe Central claimed Fournier’s term would have expired anyway. When asked by the same outlet, the French Foreign Ministry denied the replacement had anything to do with the ambassador’s comments and confirmed that the nomination of Pascale Andréani, Fournier’s successor, had been planned for weeks.