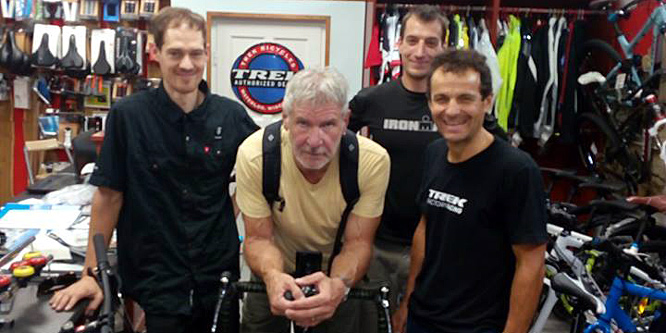 The second part of the Blade Runner is under capturing in Budapest with Harrison Ford and Jared Leto. The two Oscar-awarded nominee can be seen in unexpected places of Hungary such as in a bicycle shop in the capital or in a little village of the countryside.

Harrison Ford decided to start his “get lost in Hungary” journey instead of sitting in his hotel room. The actor appears on Facebook posts at the Rácz Fogadó Restaurant in the village called Kisoroszi not far from Budapest, at the Gianni Restaurant of Budapest and in the Nella bike-shop at the Kálmán Imre Street in the downtown of the Hungarian capital. Perhaps he is planning to ride Budapest’s streets by night.

Jared Leto also spend his time in Hungary until the shooting of the Blade Runner 2 goes on. On Instagram he posted a kind of rustic sunset of Budapest with block of flats in the background.

Meanwhile Oscar-winning French actress Juliette Binoche is visiting the north-eastern part of the country as she is a guest of honour of this year’s CineFest International Film Festival at Miskolc. Speaking to reporters prior to the festival’s opening, Binoche commended Hungarian film directors. She branded multi-award winning director-scriptwriter Béla Tarr as “the greatest master” whose films have “touched a lot of people. You should be delighted having him as yours,” Binoche said. She said that she has been trying to persuade Tarr to continue to make films telling the Hungarian director that world needs such artists. Binoche also commended Miklós Jancsó who died in 2014, describing him as a strong personality with a rather unique perspective. Jancsó had a provocative political opinion which is “needed today,” too, she said. She also commended 2016 Oscar-winning director László Jeles Nemes who she said should be supported so that he can present his perspective in his own unrestricted way. 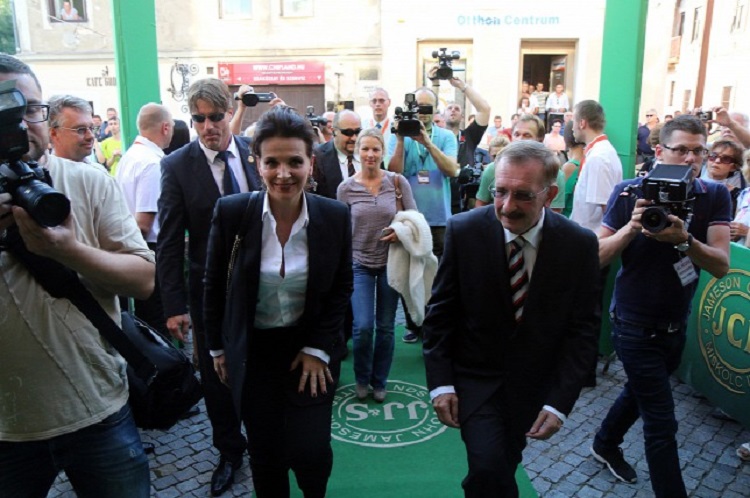 Juliette Binoche arrives to the House of Arts at Miskolc 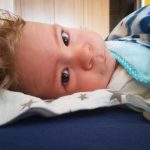