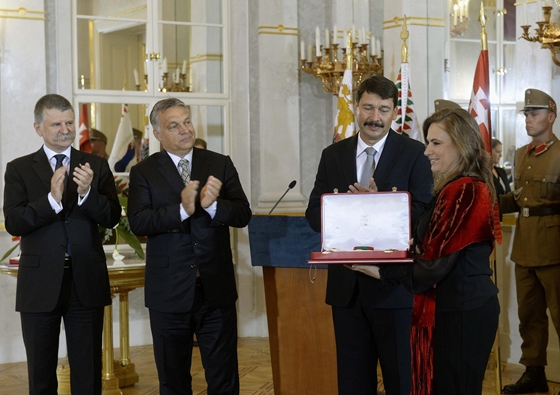 The decoration was handed over to the two recipients, who the President described as winning glory for Hungary through possessing a power of shaping the community and the nation, were able to pass on their knowledge, set an example with their career and achieve on a global scale. in the presence of Prime Minister Viktor Orbán and Speaker of the National Assembly László Kövér.

Explaining that as Hungary’s highest state decoration, the Order of Saint Stephen is awarded to those whose talent, will and perseverance brings about change and the achievements of whom carry the power of shaping the community and the nation, the President described the recipients as eminencies of the nation who have made achievements on a global scale and “have turned success into a habit”.

Speaking in praise of Judit Polgár, who for 25 years was No. 1 female chess player of the world and is generally considered the top female chess player in history, Mr. Áder said that her successes speak of the triumph of talent, of skill making its way across conventions without regard for sex or age. The other recipient, world-famous composer Péter Eötvös, was praised by the President for the harmony of respect for the ancient and desire for the new, for creating music that does not want to flee the influence of past centuries but nevertheless speaks to the present. The 71-year-old Transylvanian-born composer is a heir to Béla Bartók and Zoltán Kodály in conquering the stages and concert halls of the world with pieces reaching to the depth of human feelings. Despite their global success, the three also share a passion for their homeland, the President said. 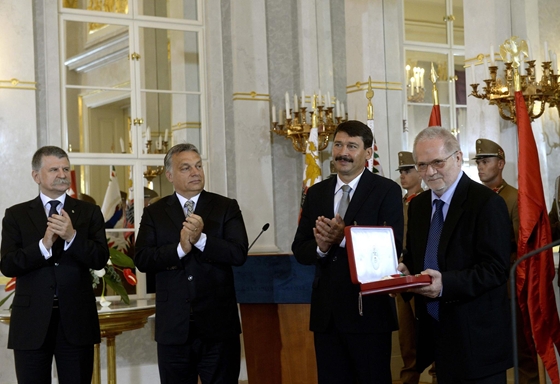 The Order of Saint Stephen is awarded by the President of the Republic on 20 August – St. Stephen’s Day – every year since 2013.