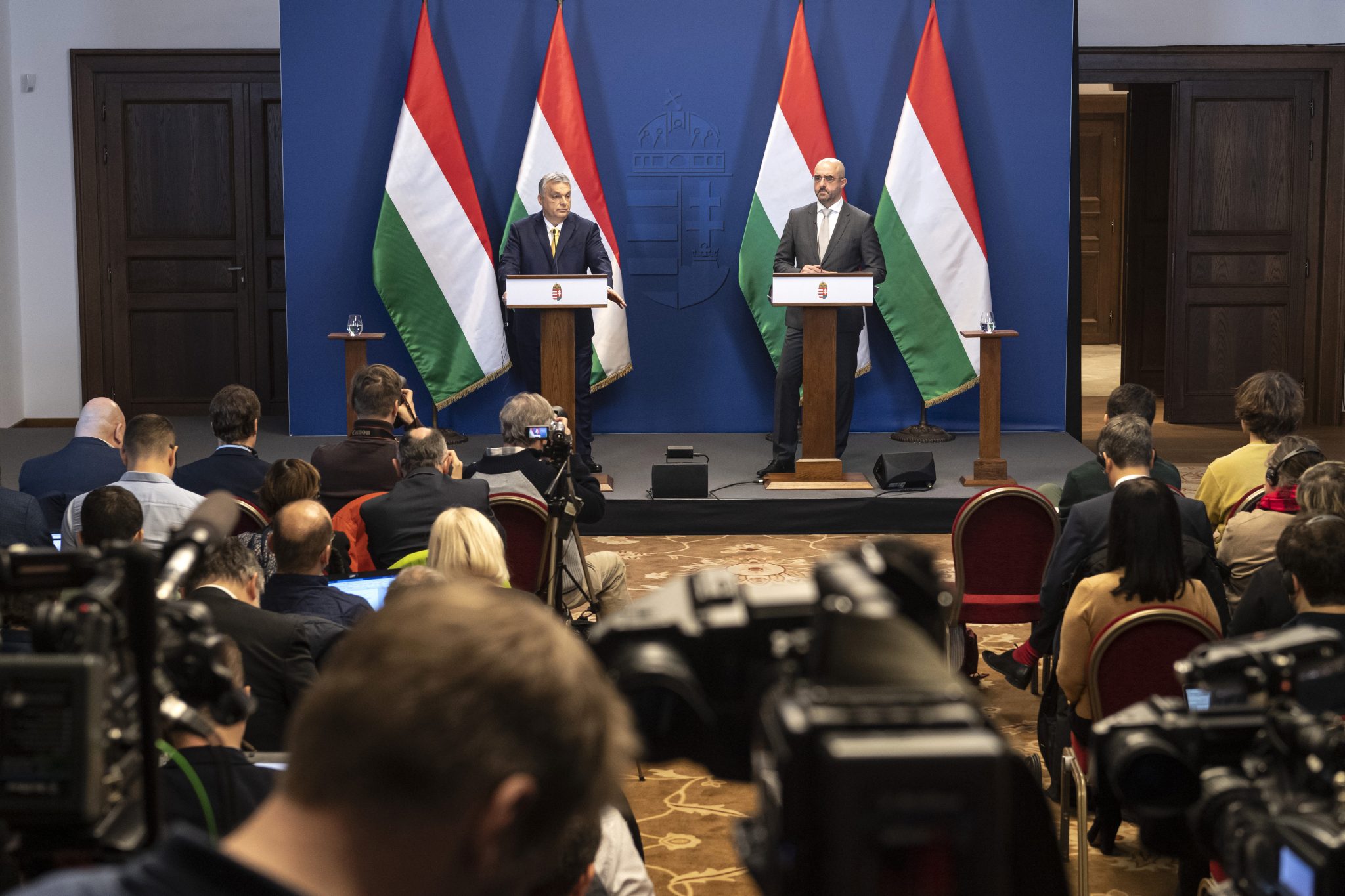 Viktor Orbán held a more than two-and-a-half-hour marathon-long international press conference last Thursday. After his briefing, in addition to some important domestic issues, foreign media questioned the Hungarian prime minister mainly about foreign politics. One of the most important recurring topics was the future of Fidesz and the EPP, but the American Iranian conflict and climate change were also points of discussion. Here are the topics the foreign journalists were most interested in, and the PM’s answers.

In his response, Orbán started by emphasizing that as a result of the last European parliamentary elections, structural changes have already begun in the European party politics; thus, the EPP also needs to change.

The EPP is shrinking and losing influence, positions, and seats because it is heading in the wrong direction – a liberal, Socialist, centrist direction”

The question is whether Fidesz has enough influence within the EPP to help, push through, or initiate any change, he added.

If the EPP is unable to change its direction then “a new Christian democratic initiative” would be needed in European politics.

It would be necessary to create a counterweight to the rise of French President Macron’s new political movement, Orbán said.

“Whether Fidesz stays or leaves is no mere tactical decision, but a strategical one,” the prime minister said.

Asked about the conflict between Iran and the United States, and whether the strike against Qasem Soleimani was necessary for preserving the stability of the region, Orbán said: “What’s done is done.”

Right now, I am not interested in the evaluation of the events but how to move forward”

He recalled that Hungary’s foreign minister is scheduled to attend a meeting with his EU counterparts on Friday in an effort to agree on a joint European position on the conflict.

Bloomberg asked the PM about the recent state acquisition of fertility clinics, the Mátrai power plant, and the possible future relations between Fidesz and the Eurosceptic European Conservatives and Reformists (ECR).

Talking about the state acquisition of the six remaining private Hungarian fertility treatment centers, the prime minister emphasized that legally speaking, the acquisition wasn’t to nationalize – the state merely bought all the companies on the market.

We didn’t appropriate them from the owners, we made an offer, negotiated, and bought them”

According to the Hungarian premier, the government made the acquisition for two reasons: for the sake of transparency, and to make the treatments completely free.

Regarding the Mátrai Power Plant, Hungary’s second-biggest power plant, Orbán said the main reason for its state acquisition was to save the jobs of 10 thousand people after the plant’s foreign owner threatened to shut it down due to European penalties on coal-fueled facilities. But the investment required to make the plant environmentally friendly would not be recouped for a long time.

The prime minister admitted from a business standpoint, the acquisition didn’t seem rational but “fortunately in the world of politics there are other considerations that we have to take into account,” Orbán said, adding “for example the possibility of 10 thousand people instantly becoming unemployed.”

Talking about his party’s role in the EU politics, Orbán said there are three important discussions ahead of him in the upcoming days which will be key for the future of Fidesz: talks with CDU president Angela Merkel, EPP president Donald Tusk, and president of the Austrian People’s Party Sebastian Kurz.

“Is there a chance for a Christian Democratic-Green Coalition in Hungary?” Die Welt asked the PM, referring to the fact that in Austria it is already a reality, and there is a chance to it also in Germany.

“If there will be such a coalition, I will not be the leader of it,” Orbán said, adding that he believes the Hungarian green parties “are like watermelons: green on the outside, red on the inside.”

According to Orbán, Chancellor Sebastian Kurz has made tremendous feats in Austria: as the youngest European prime minister, he formed a coalition with the FPÖ, the later collapse of the FPÖ had not affected him, and he had won the mid-term elections and was able to form a bloc with Austria’s green party.

Meanwhile, the Financial Times inquired about PM Orbán’s future policy towards the United Kingdom, after Brexit. “We need to cooperate with the United Kingdom on good terms and on a strategic level,” Orbán said, naming Boris Johnson one of the “bravest European politicians” today. According to the Hungarian premier, there is certainly a “success story brewing” in the UK, while the EU is wrong to think that a proper relationship is primarily in the UK’s interest.

Talking about the recent scandal regarding the leaked sex video of Fidesz mayor Zsolt Borkai, Orbán noted, voters undoubtedly saw things in the case that “they should not have seen and that should not have happened.”

“However, we don’t know how much impact it had on the local election results,” he added.

At the same time, Orbán thinks it was right for Borkai to run for office, otherwise Győr would have a socialist mayor today.  (Shortly before the election, no new candidates could be nominated in the local elections; therefore, without an opponent the joint opposition candidate would have won).

But Borkai won the election and then resigned. “Borkai made the optimal decision regarding the rules of democracy. Not so much regarding Fidesz,” Orbán said.