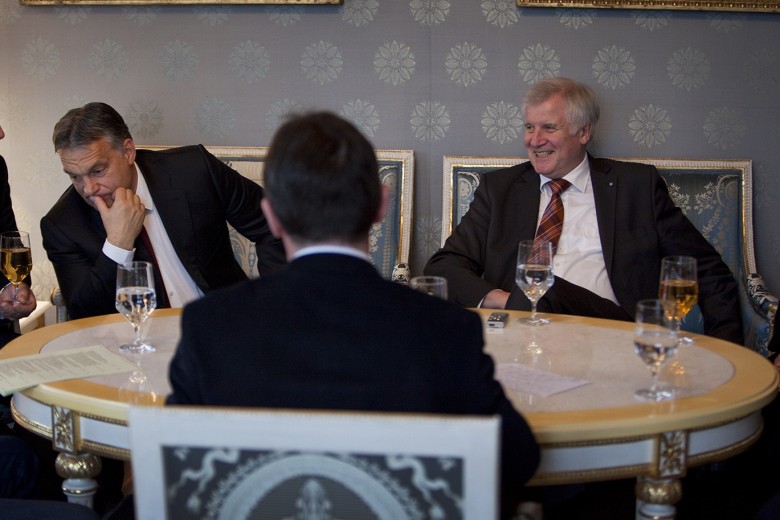 German newspaper Welt am Sonntag exerted unacceptable pressure in connection with an interview by Hungarian Prime Minister Viktor Orbán given in parallel with Bavarian premier Horst Seehofer last week in Bavaria. Orbán’s press chief Bertalan Havasi said in a statement that the conservative daily’s Sunday edition had allowed both sides to review the copy of the November 6 interview before going to press. On the following day, however, the paper’s editors told Orbán via the Hungarian embassy that it wanted to put three further questions in writing, and that these should be replied to urgently since, without the supplementary answers, the interview would not go to print.

The editors said that Orbán had “done too well” in the interview, according to Havasi. The three questions were: why does Orbán and his party strike an anti-European posture; why is he today seeking an authoritarian democracy in which it is difficult for critics and people to express divergent opinions; and why were hundreds of journalists dismissed in Hungary with the establishment at the same time of a powerful media supervisor. “Whereas it would have been easy to dismiss these fake accusations dressed up as questions, the cabinet is of the standpoint that this kind of process is pressurising of such a degree which is unacceptable diplomatically and in terms of media ethics”,  the spokesman said.

Neither the Hungarian premier nor the Bavarian PM gave his assent to publication of an interview containing those appended questions, he said. As a result of these professionally and ethically ignominious methods used by the paper, it was necessary to hold consultations with Bavarian partners on November 7 and 8, after which the joint interview could be published at least in the paper’s online edition, Havasi said. According to Hungarian online publication hvg.hu, Edmund Stoibert, the honorary chairman of the CSU and former prime minister of Bavaria, phoned Mathias Dopfner, the head of Die Welt’s publisher, Axel Springer, to convey “Orbán’s fury”.