Orbán’s 7 and Weber’s 12 Points: Is There a Point of Agreement? 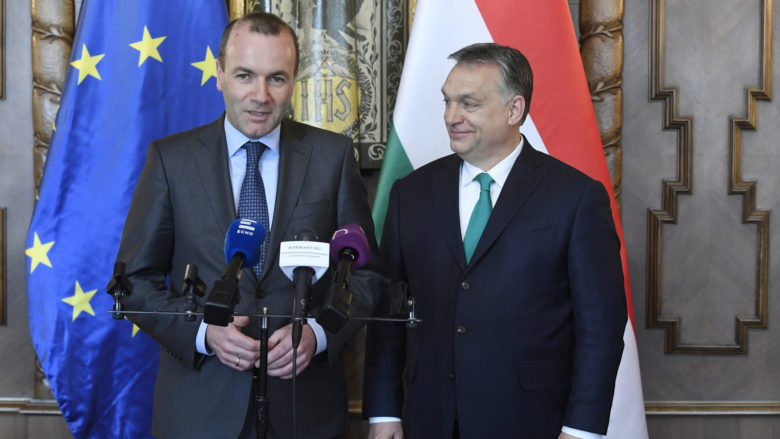 On April 5, Orbán kicked-off Fidesz’ EP campaign which focuses almost exclusively on stopping immigration, potentially in an attempt to address domestic voters without mentioning other challenges the EU might face.

1. The management of migration must be taken away from the Brussels bureaucrats and given to the national governments.
2. No country should be forced to accept migrants against its will.

3. Nobody should be admitted to Europe without valid identification and documents.

4. Prepaid migrant cards and the migrant visa must be abolished.

5. Brussels should not give more funding to the NGOs financed by George Soros.

6. In Europe, no one should be discriminated against because they declare themselves Christian.

7. EU institutions should be governed by politicians opposing immigration.

While Weber’s 12 key points address a variety of topics, they certainly point towards broader cooperation within the EU. Speaking in Athens, Weber began by declaring he would “fight against nationalists who want to destroy Europe,” potentially wishing to send a message to certain countries, including Hungary. Aside from the announcement, however, there is hardly anything in his programme that would back that claim.

6. Smart homes for the elderly,

Frontex has long been a matter of debate between the EU and Orbán, and now Weber has unveiled his ambitious promise to send at least 10,000 border guards and coast guards to assist in securing European borders by 2022.

When it was first revealed that the EU would increase its common border protection unit last September, despite suggesting a similar plan in 2016, Orbán harshly rejected the idea, claiming that “they want to send paid soldiers over here from Brussels who will let migrants in.” Then, when EU officials, including Jean-Claude Juncker, denied these allegations, Orbán geared down by insisting “there is no need for Frontex to protect the Hungarian border in our place.” For now, this latest claim seems to be Hungary’s position on the matter.

Weber plans to set up “a transparent, independent body, shielded from political pressure” which would equally assess all member states and ensure “that the independence of the judiciary, freedom of the press, and the fight against corruption are upheld in our union.”

Weber also threatened to restrict countries’ access to EU funds in the case of any rule of law deficiencies. The Hungarian government has repeatedly rejected the idea.

While the government targets low birth rates with its broad family allowances and CSOK scheme, as HVG noted, Weber uses the word ‘families,’ meaning that childbirth would not necessarily be a condition. However, he has yet to go into detail about this or the whole programme.