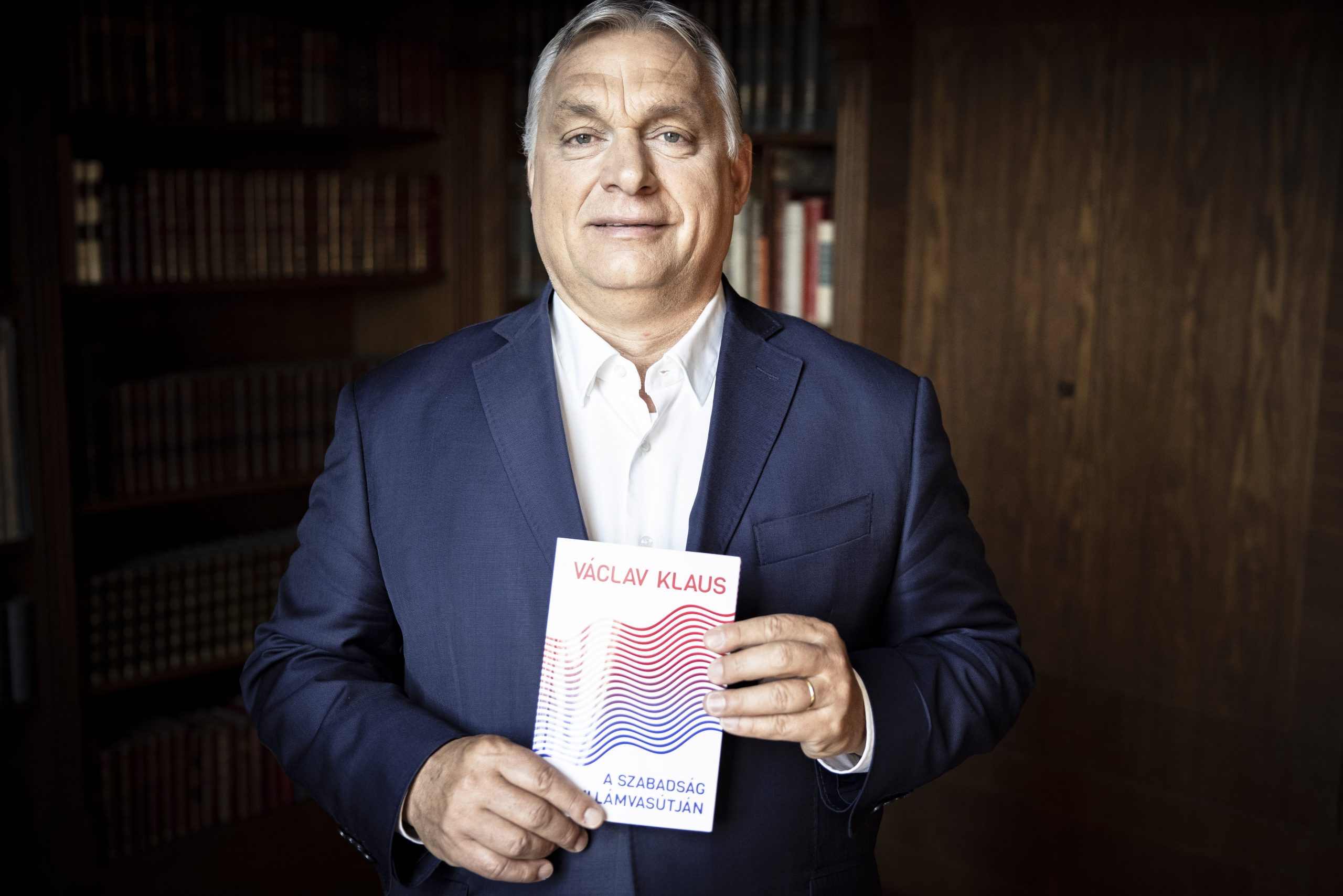 Prime Minister Viktor Orbán has sent greetings to former President of the Czech Republic Vaclav Klaus on the occasion of his 80th birthday, declaring that “another war of independence” was under way in Europe “after 32 long years”.

Klaus, he said, had guided his country towards a market economy and had a major role in turning central Europe into the continent’s “economic motor”.

“I’m delighted to have welcomed you to Budapest twice … [and to have] further deepened our friendship,” he said in the letter forwarded to MTI by the PM’s press chief on Saturday.

Orbán called Klaus a “good personal friend” and “a good friend of the whole Hungarian nation”.

In the featured photo: PM Orbán with a book by Vaclav Klaus. Photo by Zoltán Fischer/PM’s Press Office