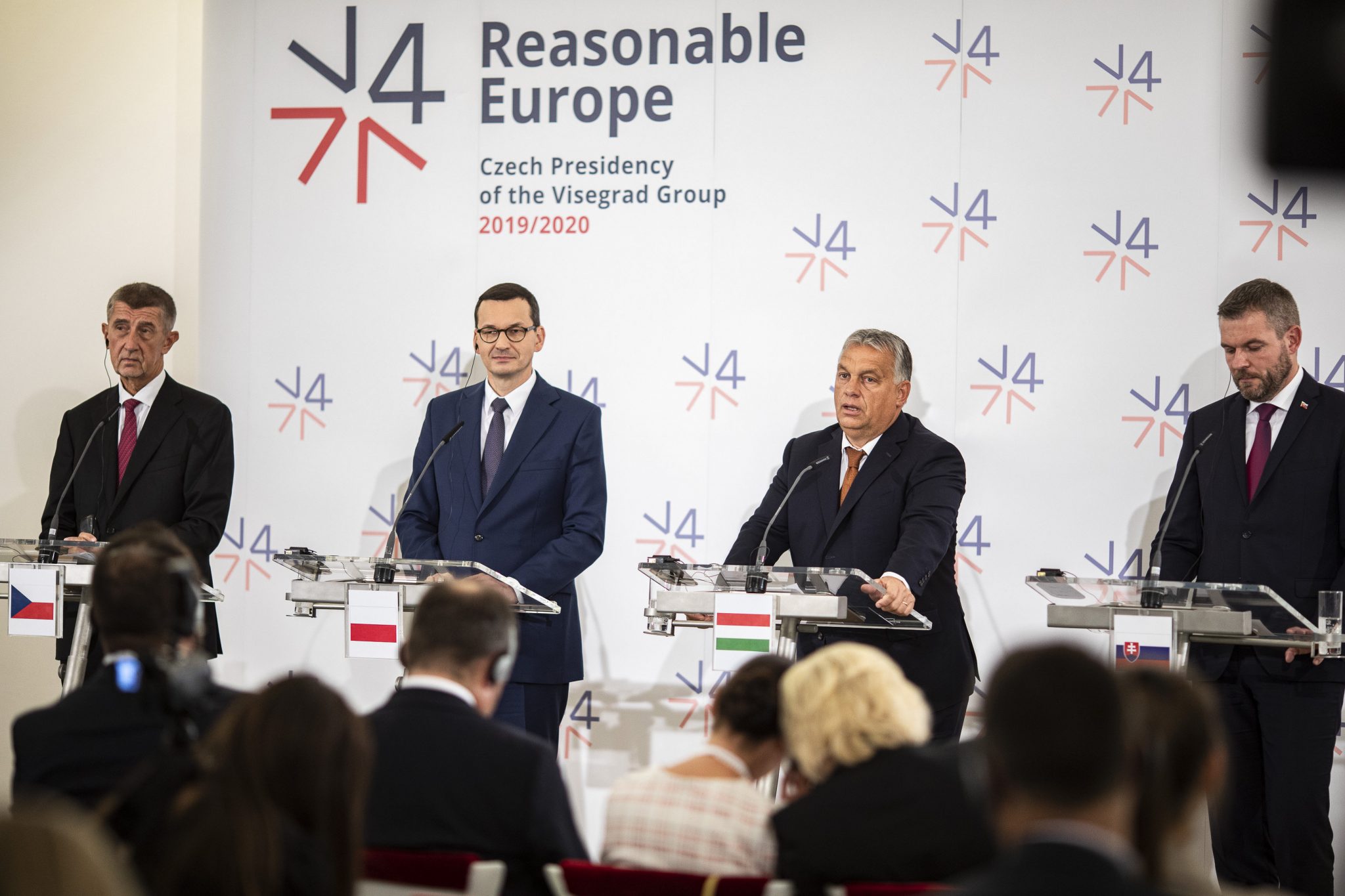 The distribution of top positions in the European Commission reflects the strengthened position of the Visegrad Group, Hungarian Prime Minister Viktor Orbán said on Thursday in Prague, after attending a summit of the V4 and Western Balkan states.

Two vice-presidents in the new commission were nominated by Visegrad Group countries, Orbán noted. The Hungarian commissioner-designate, László Trócsányi, has the “beautiful and big” task of managing the EU’s enlargement, he added. Trócsányi grasps the complicated aspects of enlargement, he said, adding that, hopefully, the former Hungarian justice minister would receive the backing of the EP.

Regarding the bloc’s enlargement, Orbán said had the EU integrated North Macedonia, Montenegro and Serbia earlier, “many millions of illegal migrants would not be in western Europe today”.

“Together, we could have defended the Balkan route,” he said, adding that the space between Greece and Hungary had been left “unguarded”.

“This space has to be filled by integrating the countries located there, and then the EU would be able to protect itself,” Orbán said. He noted that migrants had not arrived in the EU via Romania, a member state. “They crossed non-member states” before being stopped in Hungary, he said.

It is evident from the history of the past few years that enlargement lies in the interest of both the EU and North Macedonia, Montenegro, Serbia, “and if it comes to that”, Albania, Orbán said.

Admission of the Balkan countries is not a burden on, but an opportunity for, the European Union which would then become stronger, Orbán said, assuring the countries in question of Hungary’s support.

Concerning the EU’s next financial framework, he said that new common policies may be opened but funds earmarked for older policies should not be cut on this pretext.

Hungary does not oppose generating new common sources of revenue if the EU wishes to finance new policies and maintain current ones, he said.

Orbán said the member states needed a greater deal of flexibility in terms of how EU funds are used.

In response to a question, Orbán said Trócsányi’s selection for commissioner for EU enlargement was good news for Serbia. He added that when Hungary held the EU’s rotating presidency in 2011, it handled the difficult issues in the last phase of Croatia’s accession effectively.

“I have no doubt that Serbia will greatly contribute to the EU’s economic performance,” Orbán said, adding that “solving” Serbia’s integration would speed up and “solve” that of the whole region. Many issues have to be addressed before accession, “but they are all manageable,” he said, citing the issue of Kosovo as an example.

Regarding migration, Orbán said western Europe was building a “multicultural immigrant society” while central Europe avoided doing so. “Our countries are not immigrant societies”. The question, he said, was how those two worlds can coexist.

Up to now, the response of the European Commission was to “force central Europeans to assimilate … and we resisted.” “Hopefully, the new body will realise that the issue is about managing the coexistence of two different approaches to life.”

“We trust the new commission will show us more respect … and will use a new tone, promoting agreements rather than using force,” Orbán said. “In that case, Europe has a future, and we are looking forward to a fantastic five years. But if the policy of using force against us continues, we’ll have to resist and we’ll all be where we are now.”

The prime ministers of the Visegrad Group held a separate meeting on the sidelines of the meeting and attended a working lunch with the leaders of Albania, Bosnia and Herzegovina, North Macedonia, Montenegro and Serbia.