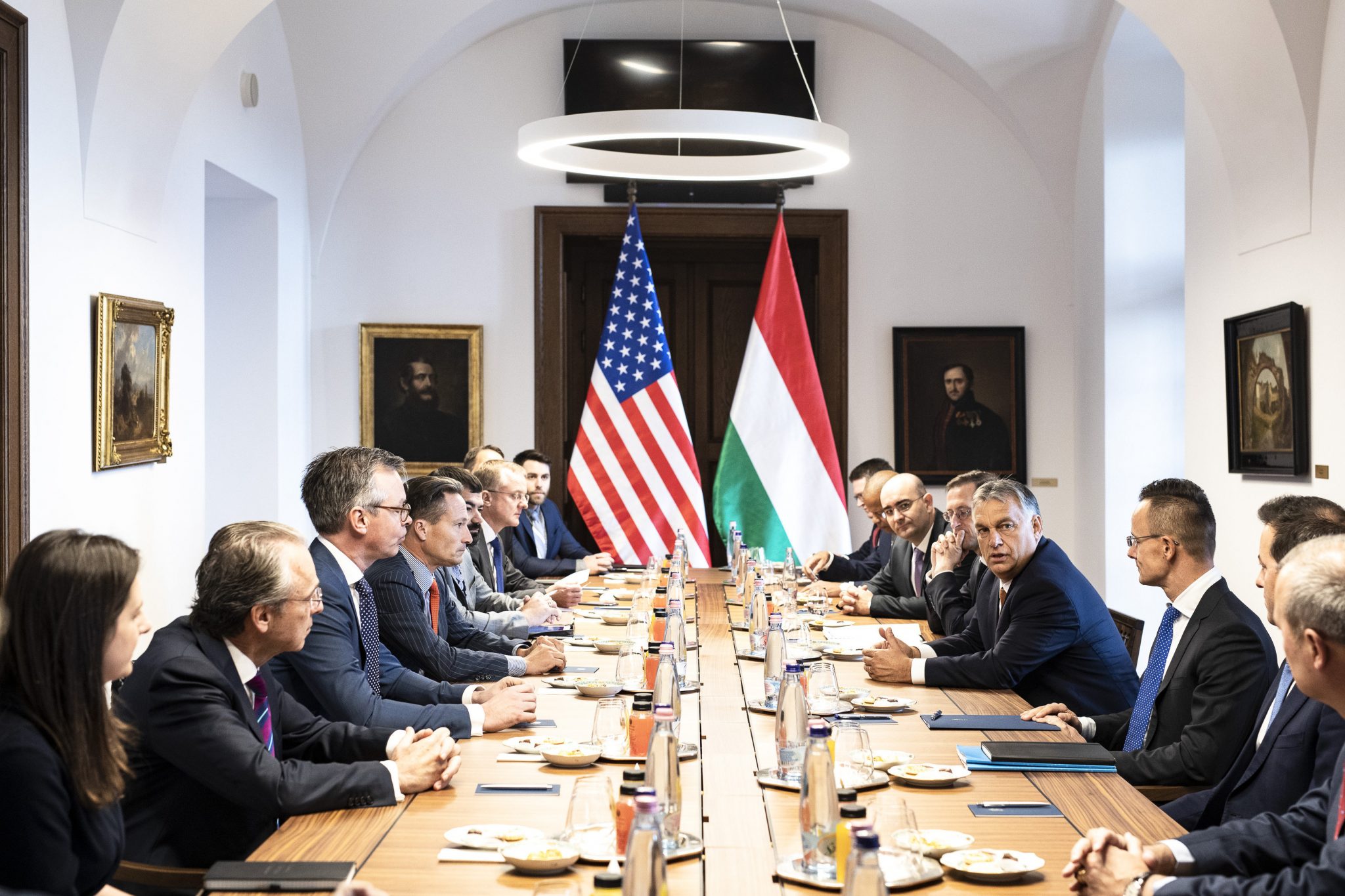 Prime Minister Viktor Orbán met Eric Stewart, the head of the US-Hungarian Business Council, and the members of a US business delegation in Budapest on Thursday, the prime minister’s press chief told MTI.

At the meeting, participants agreed that US-Hungarian business and defence cooperation was a success story, especially since bolstered by improving political ties under President Donald Trump’s administration. The US is the largest non-EU investor in Hungary, with some 1,700 companies employing 106,000 people, they said. The Hungarian state has strategic partnership agreements with 14 US firms.

“Hungary Is a Fascinating Region Trying to Stand Up For Its Identity” – Interview with Christopher Ball, Honorary Consul of Hungary in Connecticut