Orbán Presents Order of Merit to Ambassador Cornstein: ‘We are Rooting for Trump’s Re-election’

Prime Minister Viktor Orbán has expressed hope that US President Donald Trump will be re-elected to his post in the upcoming elections.

Presenting the Hungarian Order of Merit, Middle Cross with the Star, to outgoing US Ambassador David B. Cornstein on Tuesday, Orbán said that everything had changed after Trump’s election as US president four years ago and the designation of the ambassador to serve in Hungary. 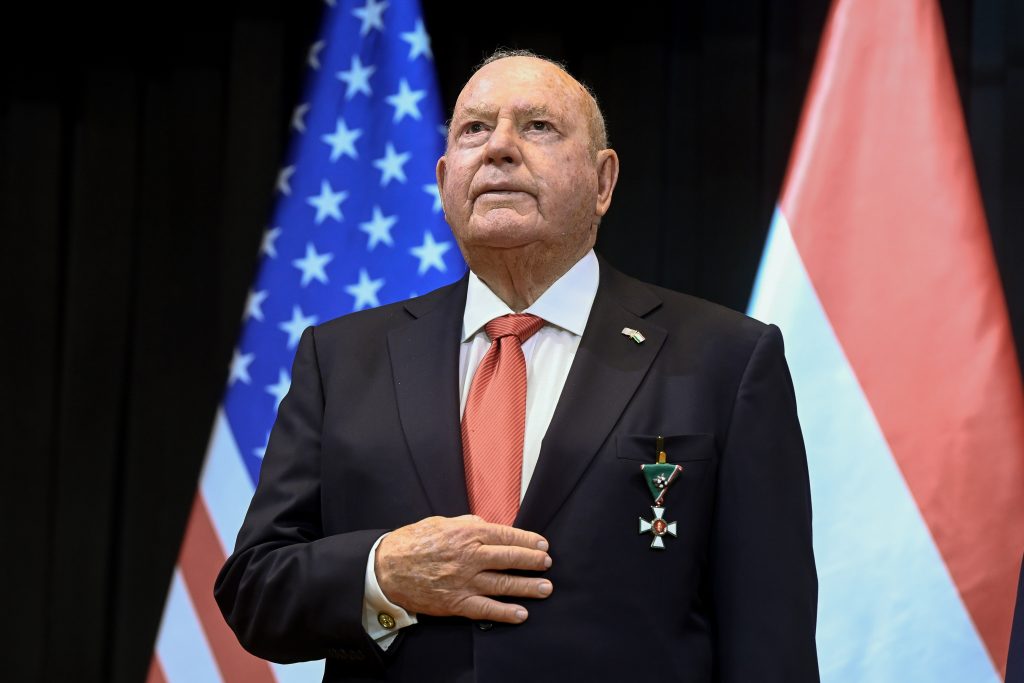 PM Orbán said that “We are rooting for President Trump’s another victory” in the forthcoming elections, adding that the United States showed an open, honest and friendly approach towards Hungary.

“Thanks to Ambassador Cornstein, Hungarian-American relations have been restored to their original shine,” he said, adding that the United States had become “in a rare gift” Hungary’s friend.

The two countries have developed broad cooperation in diplomacy and foreign affairs; the United States is helping Hungary as a friend and Hungary is acting as the US’s friend in international politics, Orbán said.

The prime minister thanked Ambassador Cornstein for “bravely sidelining those who have an interest in generating tension between the United States and Hungary”.

“The ambassador knows Hungarians well, he understands what we think about central Europe, the EU and the United States and why, and he knows the key to their heart,” Orbán said.

In a recent interview, the outgoing US ambassador talked about understanding the trauma of Trianon, Hungary’s geopolitical relations with Russia and China, the dispute between Hungary and Ukraine, the biggest similarity between President Trump and PM Orbán, and what he would advise to his successor. Talking to pro-government news site Mandiner David B. Cornstein expressed […]Continue reading

Thanking the award, Ambassador Cornstein called the Hungarian prime minister his friend and a partner, adding that ties between Orbán and President Trump are very good.