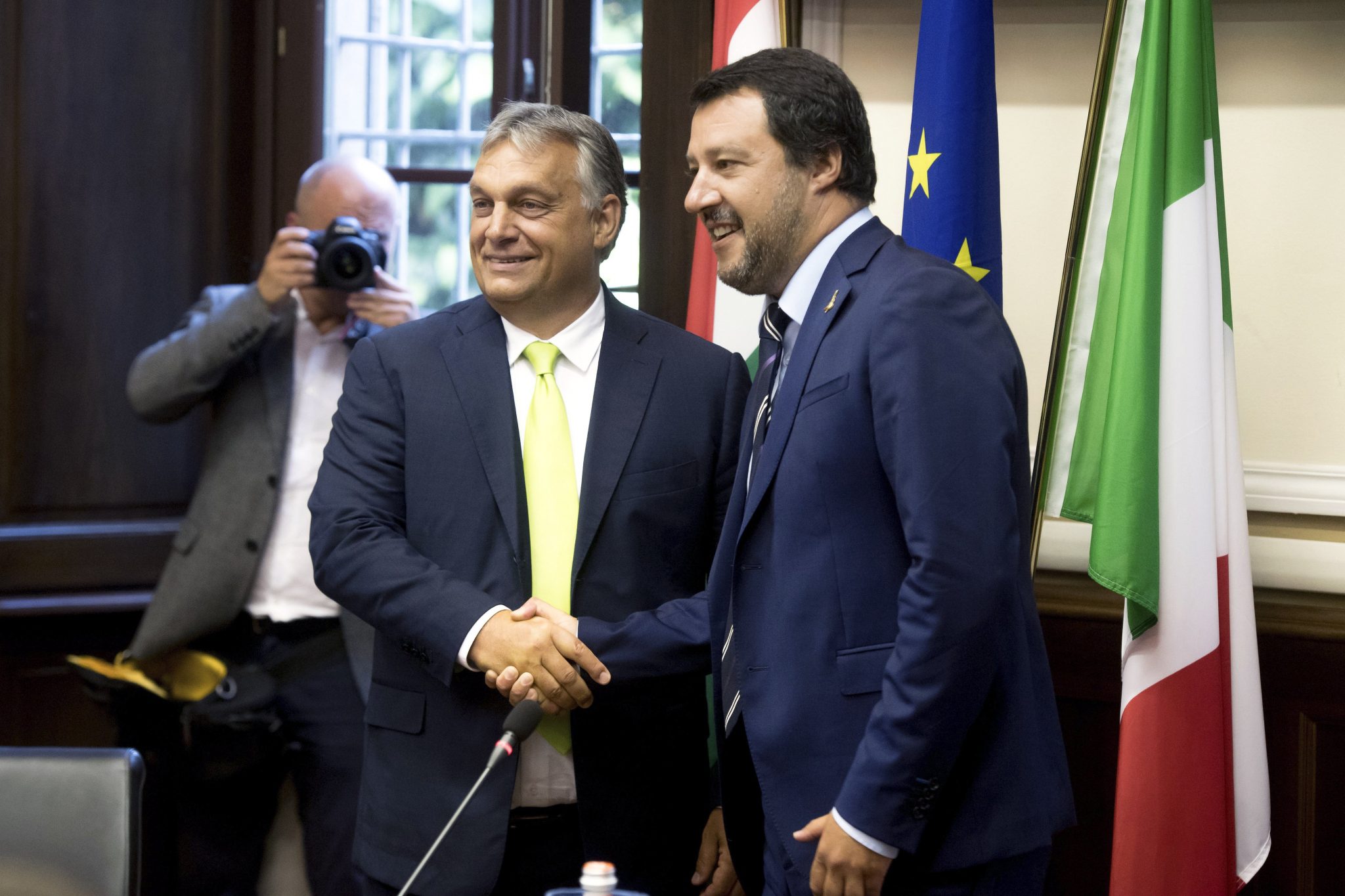 Prime Minister Viktor Orbán has said in an interview to Italian newspaper La Stampa that the European People’s Party should work together with the right wing led by Matteo Salvini if it wants to get ahead.

If the EPP nails its colors to the mast of the left wing, however, it will “commit suicide” and “sink”, Orbán said in the interview published on Wednesday.   Ahead of Salvini’s visit to Hungary, the Hungarian prime minister called the Liga party’s leader Europe’s most important figure for “halting migration and transforming the European Union”.

He said the EPP was in decline and the bloc had fewer and fewer prime ministers. From May, the grouping would have fewer mandates, he predicted.  Asked whether the ruling Fidesz party was expecting to be excluded from the formation, Orbán insisted the EPP now faced judgement by the electorate.

We don’t as yet know what kind of formation Salvini will be able to establish, but let’s hope it is strong”

Orbán said, adding that the EPP should work together with Europe’s right wing.  He said the Salvini-led right wing and Silvio Berlusconi’s party would have key roles. Salvini, in his capacity as Italy’s deputy PM and interior minister, will be arriving in Hungary on Thursday. A visit to the Röszke border station will be on the agenda.

He (Salvini) is the hero who stopped migration via the sea, as we did on land”

Orbán called the Dublin Regulation that sets the first country of arrival as the place to lodge an asylum request “dead”. “It’s a law that no one sticks to,” he said, adding that there was no common European solution to migration. He said a body of Schengen interior ministers similar to the council of EU finance ministers should be set up to find intergovernmental solutions to the issue.

Asked about nationalism, Orbán said he did not share the negative assessment of nationalism. “The Brussels elite says we are feeding nationalism, but we think that the Brussels elite, by building an empire, is generating a great threat. But fine, let’s leave behind the fight over nationalism-related terminology and write that I’m a patriot.”

In the featured image: Viktor Orbán and Matteo Salvini. Photo by: Szilárd Koszticsák/MTI