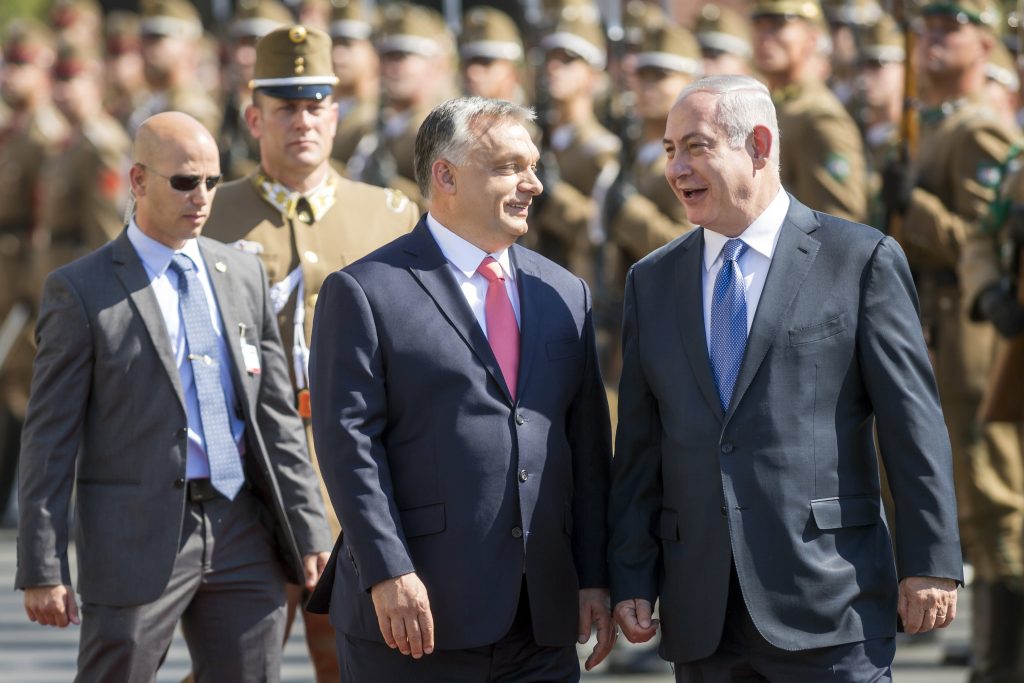 Prime Minister Viktor Orbán will travel to Jerusalem on Monday to attend a Visegrad Four-Israel summit, his press chief said.

The meeting will be attended by leaders of the Czech Republic, Hungary, Poland and Slovakia forming the V4 group and Israel.

Prior to the meeting Orbán will hold bilateral talks with Benjamin Netanyahu, the Israeli prime minister.

On the featured photo: Viktor Orbán and Benjamin Netanyahu. Photo by Balázs Mohai/MTI