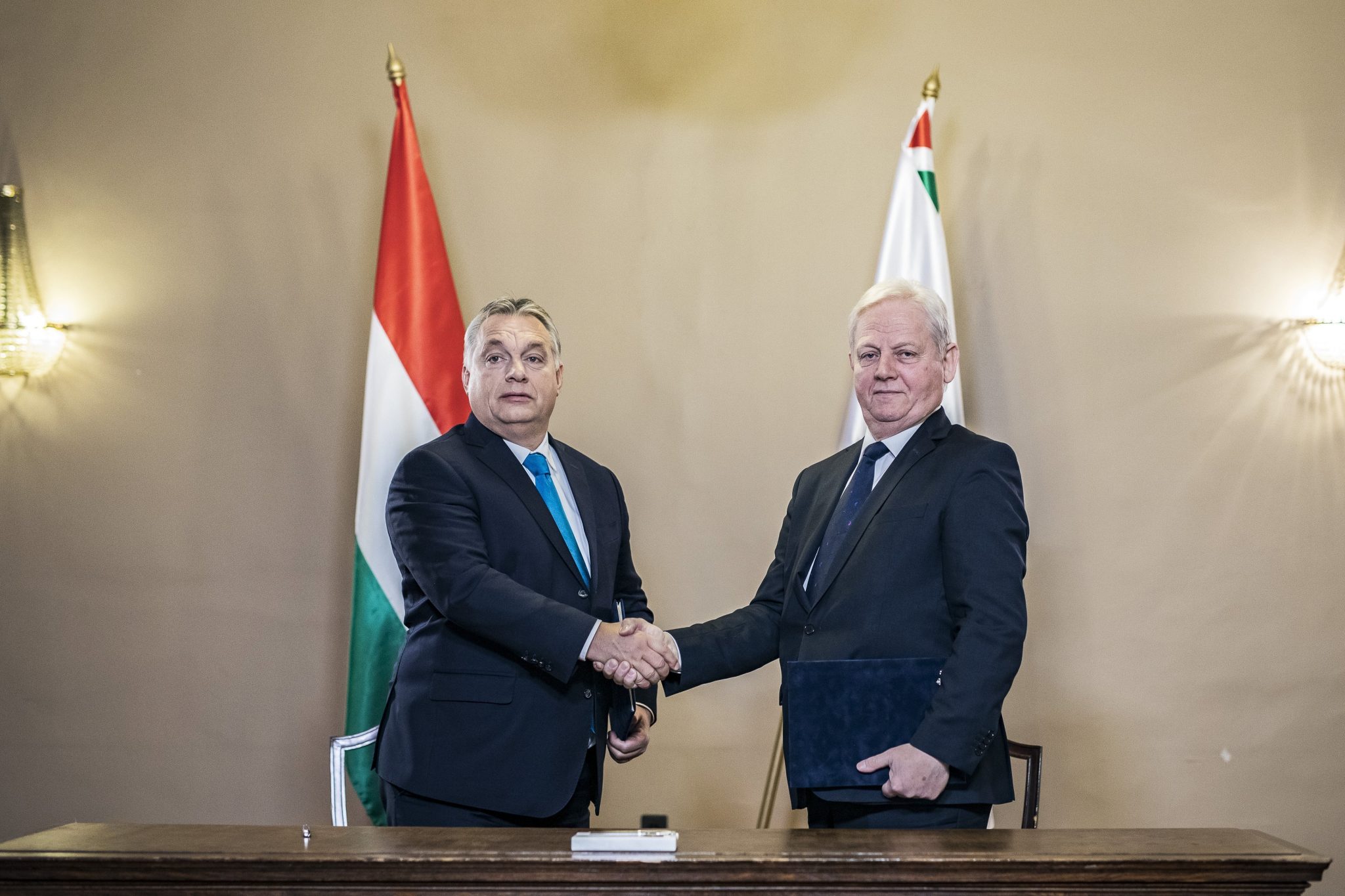 Prime Minister Viktor Orbán and Budapest Mayor István Tarlós on Saturday signed a pact on cooperation between the government and capital city. A key provision of the pact is the establishment of the Budapest Municipal Development Council to be jointly headed by the PM and mayor.

Speaking at a ceremony marking the 145th anniversary of Budapest’s unification, Tarlós said the agreement would “drive forward Budapest’s sources of funding”.

He insisted that Budapest’s elected mayor and the relevant public bodies would have an influence on the development of the capital “more significant than at any time in the past seventy years”.

Meanwhile, Tarlós and Deputy Mayor Alexandra Szalay-Bobrovniczky handed out prizes for public service and outstanding sporting achievements at the ceremony.

The Pro Urbe Budapest Award went to Sándor Deák, Deputy Director General of the Budapest Szabó Ervin Library, actress Enikő Eszenyi director of the Vígszínház, József Halzl, honorary chairman of the Rákóczi Association and Attila Vidnyánszky, director of the National Theatre, among others. 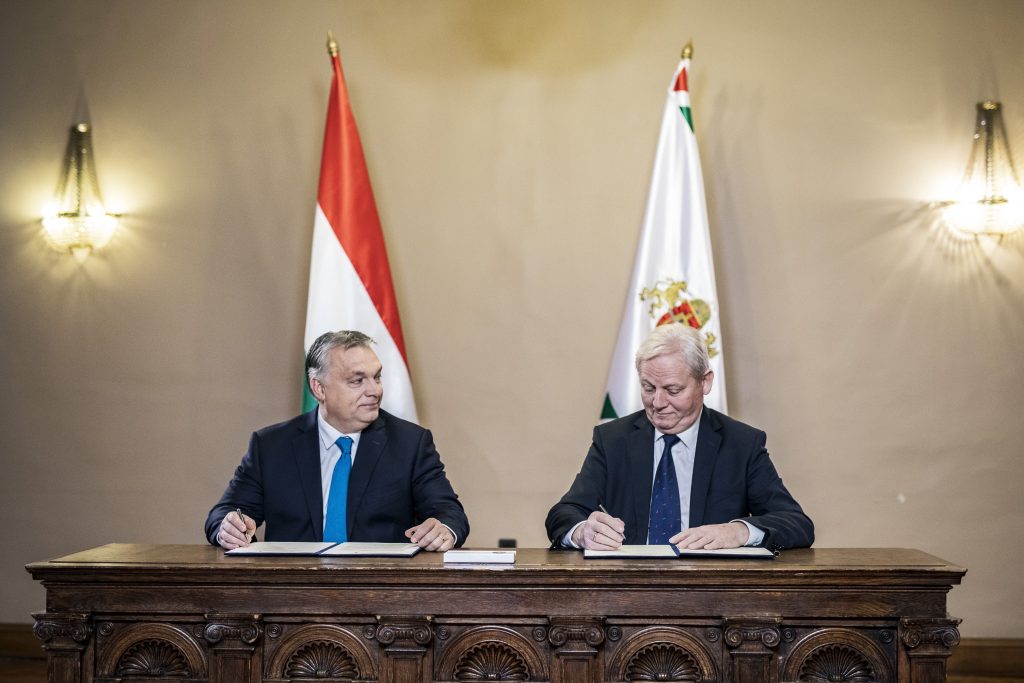 Orbán said Budapest stood at the gates of great progress and the next decade would be the most successful in the city’s history. By 2030, Budapest will be among Europe’s most liveable cities and one of its safest, he said at the ceremony marking Budapest Day. Noting the agreement regarding the Budapest Municipal Development Council, he said joint work would have to be carried out with grit and determination.

The prime minister noted the completion of various flagship projects in the capital such as the 4th metro line, the renovation of the Museum of Fine Arts, and sports-related developments such as the Danube Arena and new stadiums. He also mentioned the ongoing reconstruction of the City Park, the Opera House, the Museum of Applied Arts and the refurbishment of Metro 3.

The council will soon have to make a decision regarding construction of a new modern pentathlon centre and the restoration of historic buildings in the Buda Castle, Orbán said. Also, construction of the new South-Buda central hospital will begin, he added.

“It is a huge task we are undertaking,” Orbán said, referring to developments planned up to 2030. “Budapest must radiate dignity, pride and greatness,” he added.

The newly established Budapest Municipal Development Council will enhance the role of the city’s mayor and the municipal council in making decisions concerning the capital city’s development projects, the head of the Prime Minister’s Office said on Saturday. 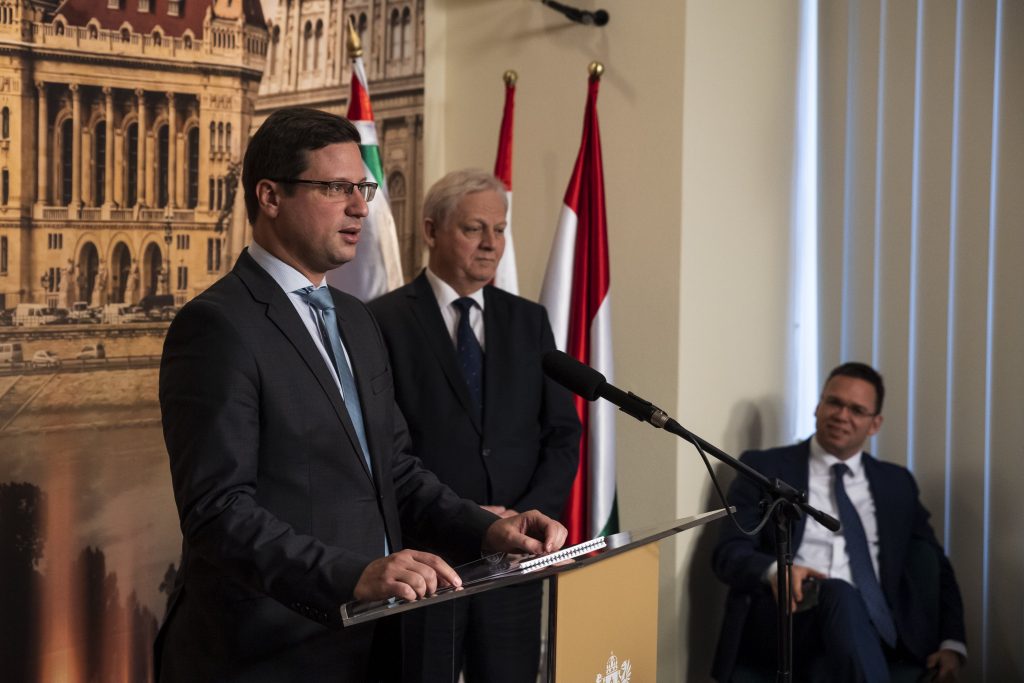 The new body will be co-headed by Prime Minister Viktor Orbán and Budapest Mayor Istvan Tarlós, Gergely Gulyás told a press conference after the body’s founding session. The ten-member council, formed by central government and municipal council officials, will meet every 1-2 months and take decision on matters related to Budapest’s development, he said. Besides the prime minister, the government will be represented by the head of the Prime Minister’s Office, the ministers in charge of innovation and development and national assets, as well as the state secretary for greater Budapest, Gulyás said.

It will ensure the presence of a designated cabinet member on development projects requiring cabinet approval, he added. At its inaugural session, the council discussed matters concerning the suburban HÉV railway and gave the go-ahead for planning a new Danube bridge called Galvani in the south of the city, Gulyás said.

Referring to the new arrangements, the green opposition LMP party said Budapest was being put under “guardianship” of the prime minister. LMP lawmaker József Gál told a news conference that the development council was a way of depriving the Budapest Metropolitan Assembly and the city’s inhabitants of their right to decide what kind of city they wanted to live in. It would be better, he said, if people were asked about their desired direction of developments.

The opposition Socialist Party’s Csaba Horváth told journalists that Tarlós would be nothing more than a puppet. He censured the mayor for stating his unqualified support for Fidesz even if the government did not comply with the agreement. He said Budapest needed a genuine cooperation agreement to guarantee that the 20 billion forints Budapest taxpayers pay each day into the city’s coffers would finance public utilities in the capital in a proportionate way.