Orbán Supports Weber After Everything 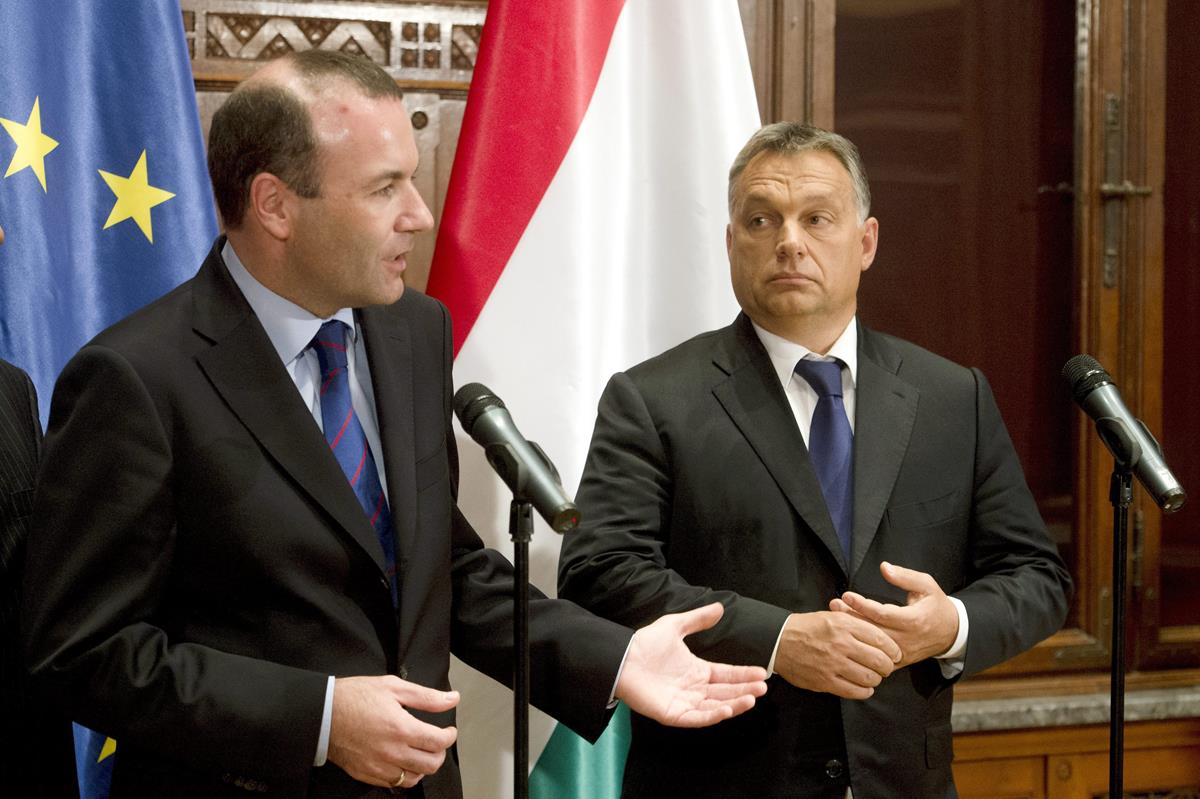 On the heels of Manfred Weber’s growing criticism and following “one night of deliberation,” Viktor Orbán has decided to support Weber as the lead candidate of the European People’s Party (EPP), Cabinet Chief Antal Rogán announced on Thursday.

On Wednesday, Orbán was the only conservative leader who hadn’t yet declared his support for Weber, Politico reported. On Thursday, however, he declared his decision to back the CSU politician. Weber officially announced a bid for leadership of the EPP last month, and if he secures it, he would be in pole position to lead the European Commission (EC) as well, as EPP is predicted to win the majority of seats in the upcoming European elections and incumbent President Jean-Claude Juncker is set to step down after May 2019. Up until now, Weber’s only EPP opponent is ex-Finnish PM Alexander Stubb. Stubb falls into the liberal-conservative portion of the EPP and announced ahead of the Sargentini vote that if the report goes through with a two-thirds majority, the EPP should seriously consider expelling Orbán from the party.

Weber–a member of the Bavarian CSU party which is a major ally of Angela Merkel’s CDU and a partner of Orbán’s Fidesz–openly supported Orbán and his party ahead of the April 8 elections in Hungary. In March, he told government-funded Figyelő that Orbán enlivens European political debates, is Hungary’s strongest Prime Minister and should remain Hungary’s leader.

Following the elections, however, he changed his tone and directly and indirectly criticized the Hungarian PM. In May, in an interview to Dutch daily de Volkskrant, he said that Orbán and his current policies are inching closer and closer to stepping over the “red line,” adding that by attacking civil society organizations and CEU, the Hungarian PM “plays with fire.” He grew even more critical ahead of the Sargentini vote, which, like many other EPP MEPs, he voted in favor of. Afterward, Weber told Belgian daily Le Soir that a systematic threat to the rule of law exists in Hungary, but Orbán refuses to compromise.

According to many, Weber–who has a reputation for being a silent yet powerfully pragmatic leader–is still rather discreet when it comes to criticizing the Hungarian government. He counts on Orbán’s support in next year’s EPP congress and the EPP also wants to keep Fidesz as a member because they are forecast to win the Euro elections domestically in their camp. In addition, his growing criticism of Orbán may be needed to gain support for his run for the top EU job from other less radical and centrist leaders. Orbán, at the same time, also needs the EPP’s backing and a less liberal leader to head the People’s party.