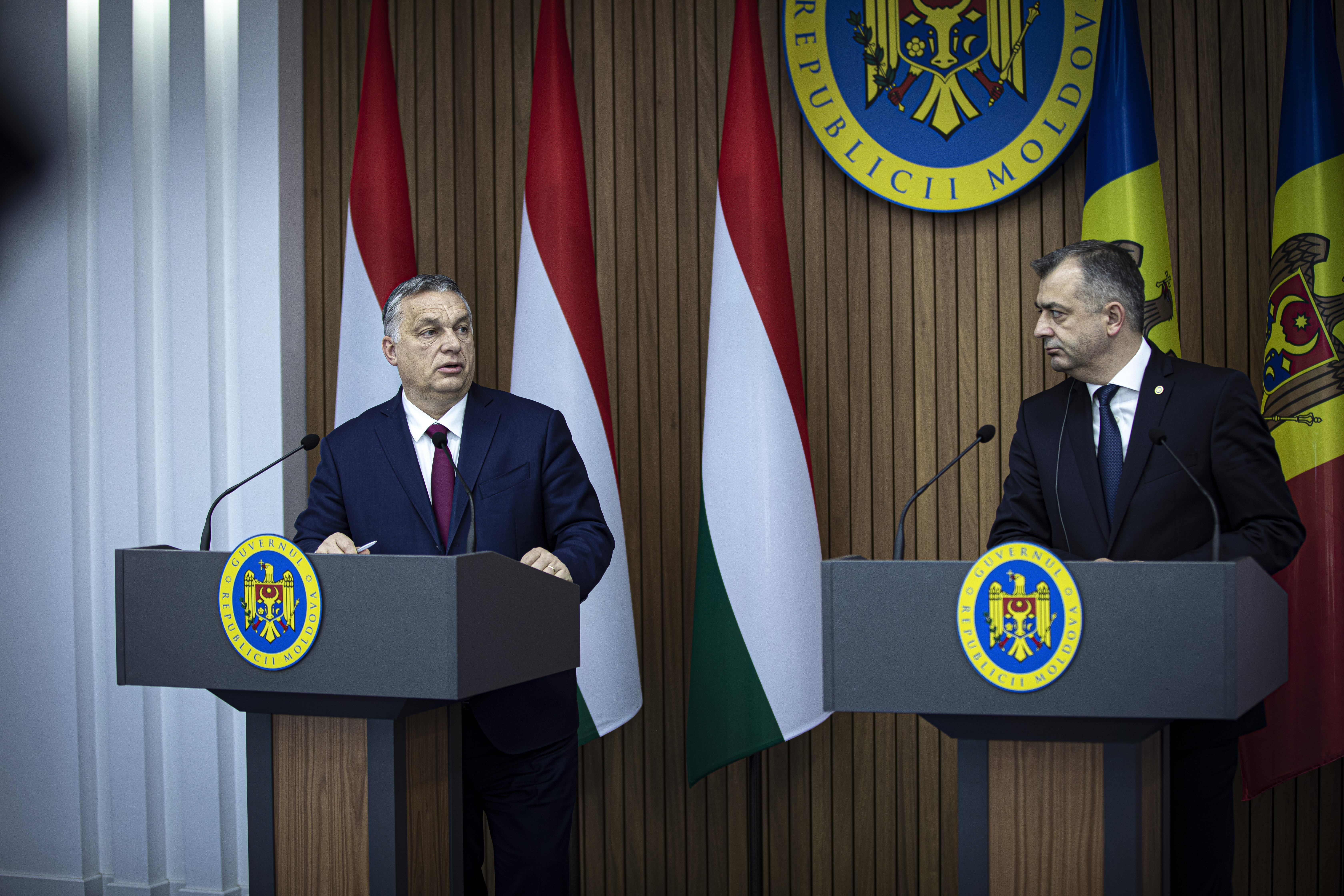 The European Union has a vested interest in forming strategic partnerships with its eastern neighbours like Moldova and in being open to their accession to the bloc and pursuing economic cooperation with them, Prime Minister Viktor Orbán said after talks with his Moldovan counterpart in Chisinau on Thursday.

Moldova has both an association and a free trade agreement in place with the EU, Orbán said, adding that the country still had more opportunities for cooperation with the bloc.

Concerning the EU, Orbán said that though it was “not easy” for a member state to enforce its national interests within the bloc, “it is still better to be on the inside than on the outside despite all the difficulties”. The prime minister said he had advised his Moldovan counterpart to pursue the closest possible cooperation with the EU.

Orbán said Hungary understood Moldova’s situation and policies, pointing out that “Hungarians, too, say that no country can change its location” and each country must pursue policies that make sense in terms of its geographical location.

Ahead of the press conference, the two leaders signed a bilateral strategic partnership agreement. Orbán said this had a diplomatic aspect as it involved Hungary to share with Moldova its experiences with European integration. The agreement also aims to deepen bilateral economic cooperation, he said, adding that Hungary has opened a 100 million dollar credit line to this end.

Hungary aims to replicate the cooperation the two countries have achieved in the banking and pharmaceutical sectors in the fields of agriculture and education, too, Orbán said. He revealed that the two countries were working on setting up a joint higher education institution that would issue degrees recognised in both Hungary and Moldova.

Meanwhile, Orbán said that at the talks the Hungarian delegation was briefed by Moldova’s health minister on the country’s response to the new coronavirus outbreak, adding that the two sides had discussed opportunities for the two countries to cooperate in their fight against the virus.

Chicu said Orbán’s visit to the Moldovan capital would give a new boost to the development of the two countries’ partnership.

The prime minister thanked Hungary for its support of Moldova’s modernisation and the Hungarian projects being carried out in the country.

He added, however, that despite the “numerous success stories”, there were still untapped potentials in bilateral cooperation.

He said the new bilateral strategic partnership agreement aimed to deepen and broaden cooperation between the two countries and support Moldova’s Euro-Atlantic integration.