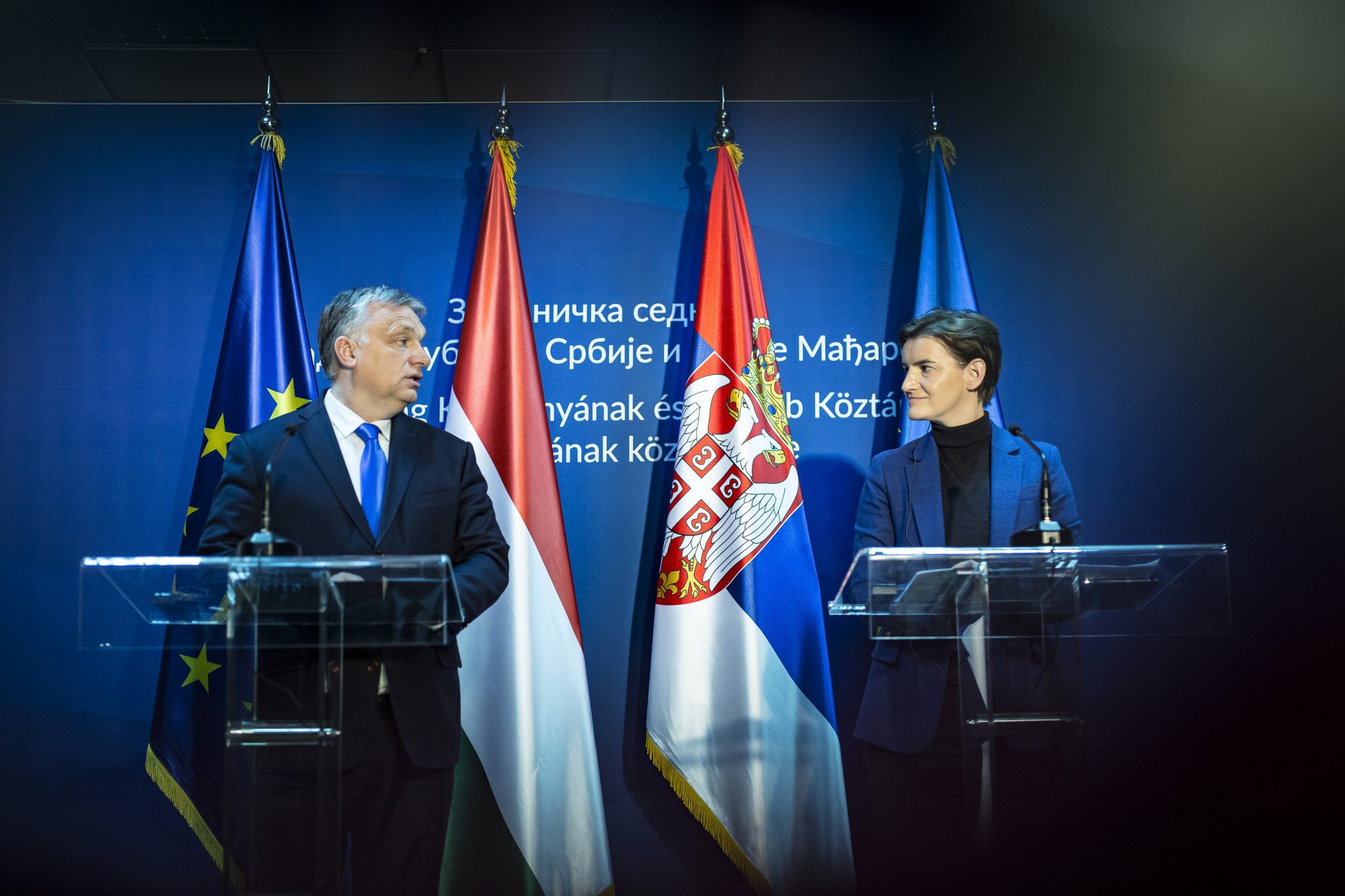 Serbia and Hungary have jointly succeeded in stemming illegal migration across the Balkans, Prime Minister Viktor Orbán said after a joint session of the Serbian and Hungarian governments in Szabadka (Subotica), in northern Serbia, on Monday.

Orbán told a joint press conference held with his Serbian counterpart that Serbian acceptance of the fence Hungary built along the common border had been a “magnificent gesture”.

He added that the border fence also benefitted Serbia because “migrants cannot travel on to Hungary and will, therefore, bypass Serbia”. The “real threat” of migration no longer impinges on the Balkans but emanates from Africa, he said. 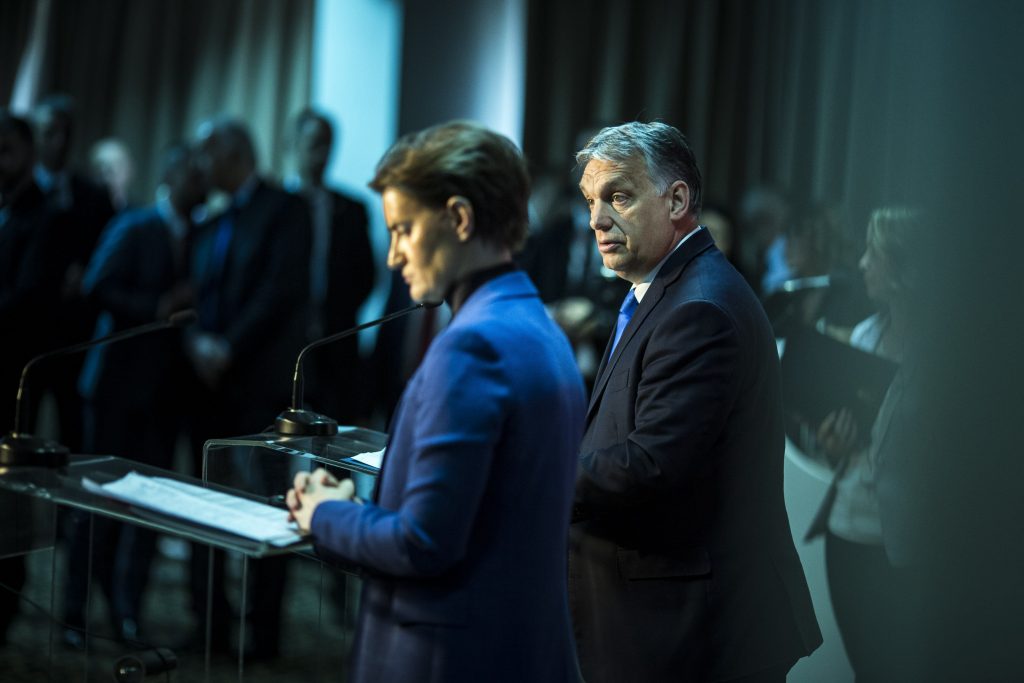 Europe’s future would easily be fashioned into its western and central European spheres, depending on the number of Muslim communities in each region. In western Europe, Christian and non-Christian cohabitation has dictated policies for decades while “central Europeans don’t have this problem because we have protected our identity and our ethnic composition”. The problem, he added, was “how we prevent communities to the south and west that we don’t want to see from arriving in Hungary and central Europe.”

He noted that Hungary, thanks to its Hungary Helps scheme, was exporting aid to where the problem lies rather than importing problems. “We know the Hungarian public supports this policy, but this support is likely to be further confirmed in the European Parliament elections.” 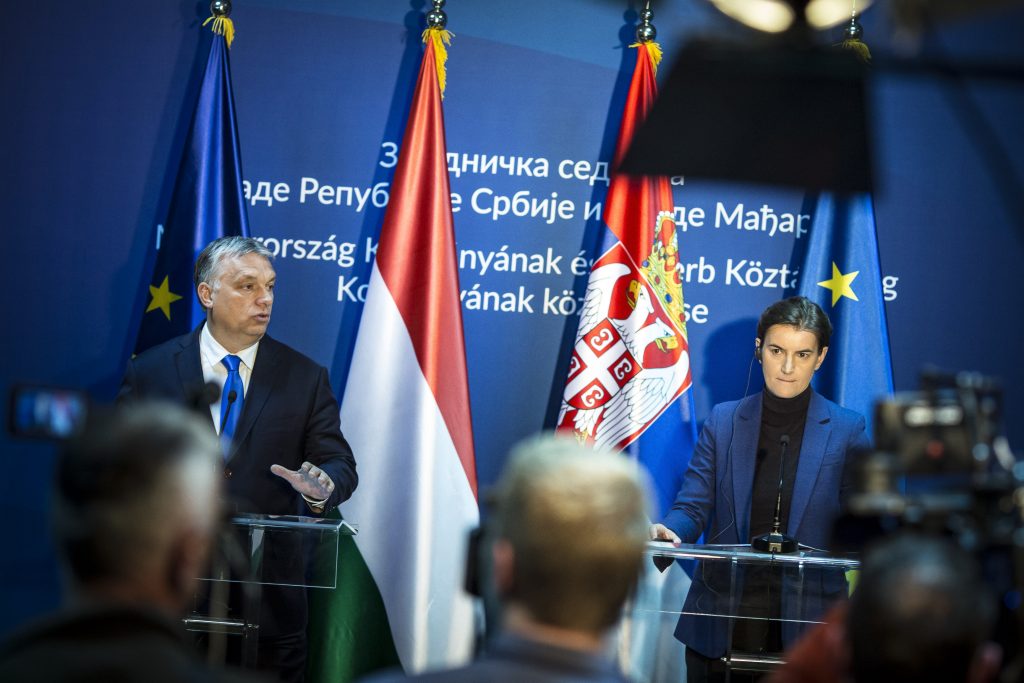 Orbán said Serbia should be allowed to join the European Union as early as possible, adding that the country’s integration was “the next historic task” which would benefit both Serbs and Hungarians and the community itself. “Serbia’s swift accession is in the interest of all EU members.”

The Hungarian PM said Europe’s current era would come to an end when “central European countries reach the economic level of the EU’s founders”. “There wouldn’t be any economic growth in Europe if it weren’t for central Europe,” he added. “Enlargement is not only good for new entrants but for countries that are already members.”

In connection with the Budapest-Belgrade rail line, Orbán said the current 7-8-hour journey would be reduced to 2-3 hours and plugging gaps in the network would benefit the citizens of both countries.

Orbán also said he respected Serbia’s request that Hungary should consider Serbia as a single entity in terms of its national economy and investment support. “Serbia belongs to the Serbs. We’re glad to work together if we know clearly which areas welcome us,” he added.

Orbán invited his Serbian counterpart to Hungary for an official visit, during which the next joint government session will be held. 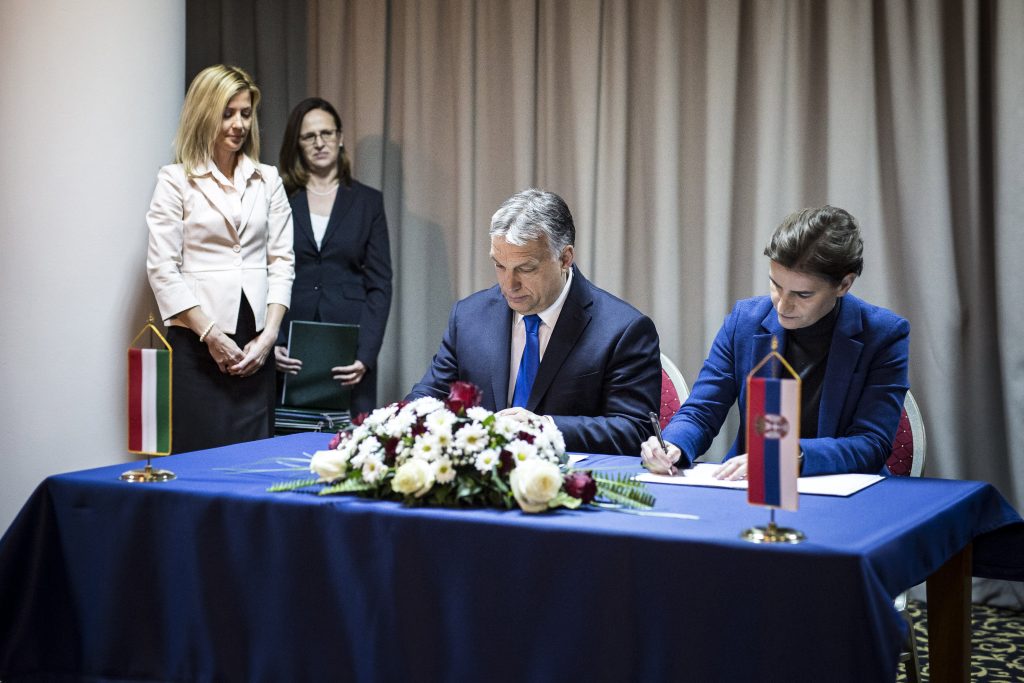 Ana Brnabic, Serbia’s prime minister, thanked Orbán and the Hungarian government for backing her country’s efforts towards European integration and for striking a balanced stance in respect of the situation in Kosovo. She also expressed gratitude for the government’s support for Serbia’s minority in Hungary.

Brnabic noted that on Monday eleven deals were signed that would soon have an impact on all aspects of politics, the economy and society. She said the joint government sessions were not for show but were held to find specific solutions and to yield tangible results.