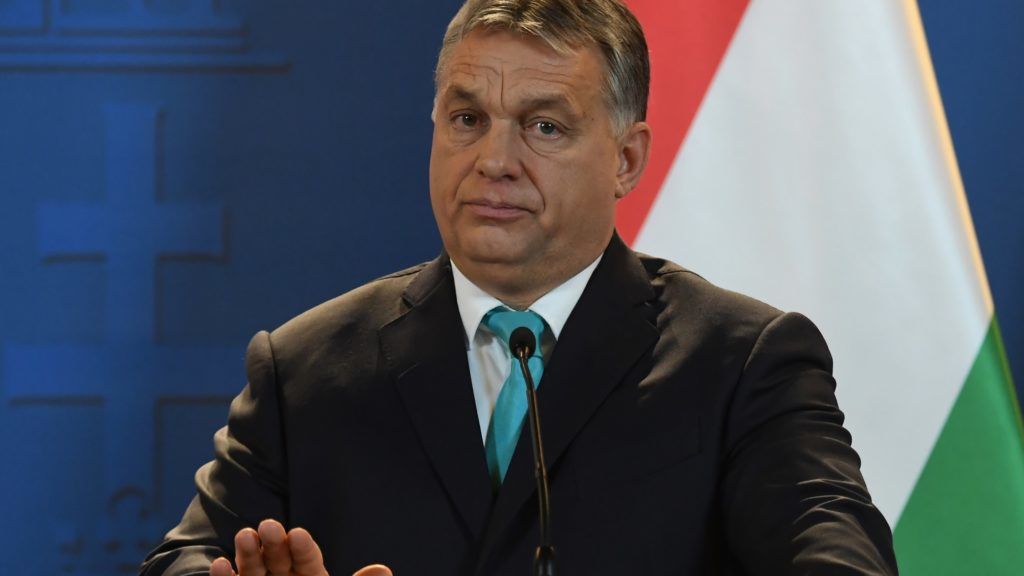 PM Orbán sent a letter to the MEPs who supported him and his party by voting no to the Sargentini report which triggered the Article 7 proceedings, yahoo.com revealed.

This letter has sparked controversies in domestic politics in the UK. Critics accuse the Conservatives of “propping-up” Orbán in exchange for Brexit support while Labour MP and party chairman Ian Lavery told Yahoo: “Being thanked for their support by the far-right government of Hungary should be a matter of shame for the Tories [conservatives].”

Yahoo also notes that the same letter has been sent to all groups who opposed the move, including British eurosceptic and right-wing populist party, UKIP, and continental far-right parties like France’s Front National and Italy’s Lega Nord.

In the letter, Orbán thanks those who supported him and insists the report is “a verdict against Hungary and the Hungarian people.” He goes even further, writing that “it is based on political insinuations and factual errors,” and adds that “regardless of the shameful attacks of pro-immigration forces, we will not give in to extortion.” The letter can be read in its entirety below: 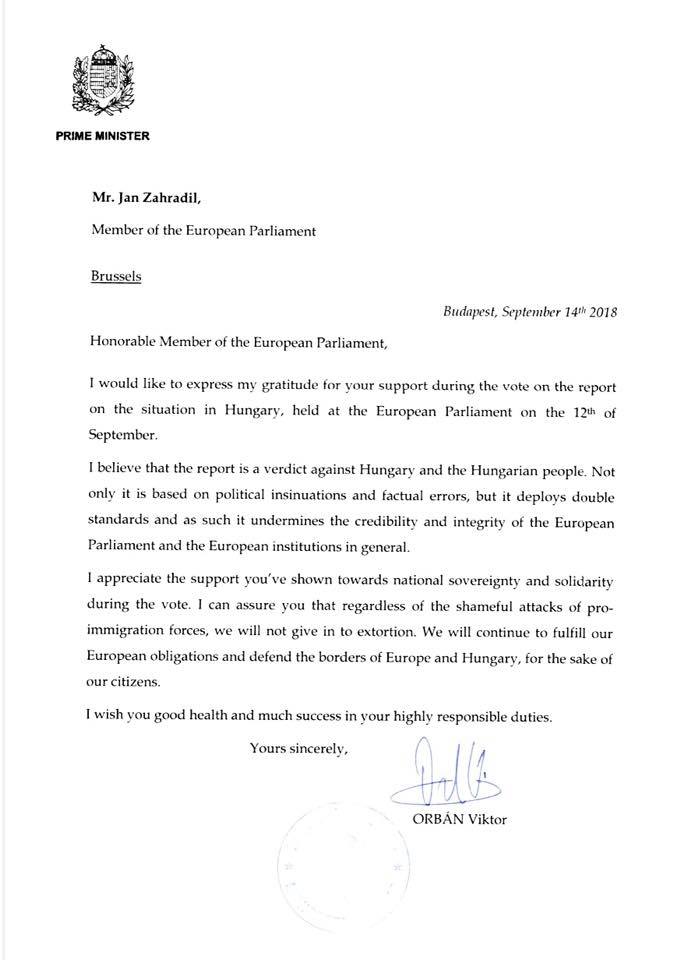 As we reported previously, MEPs voted by 448 to 197 in favor of the report which cited evidence of attacks on the media and religious and academic freedoms, poor treatment of minorities and asylum seekers and interference in judicial independence in Hungary which triggered the sanctions procedure over a “clear risk of a serious breach of the EU founding values.” Shortly after the vote, Orbán declared that the government would appeal the Article 7 proceedings.