Orbán to Slovenian PM: ‘We Are Well Aware of What Mass Illegal Migration Mean’ 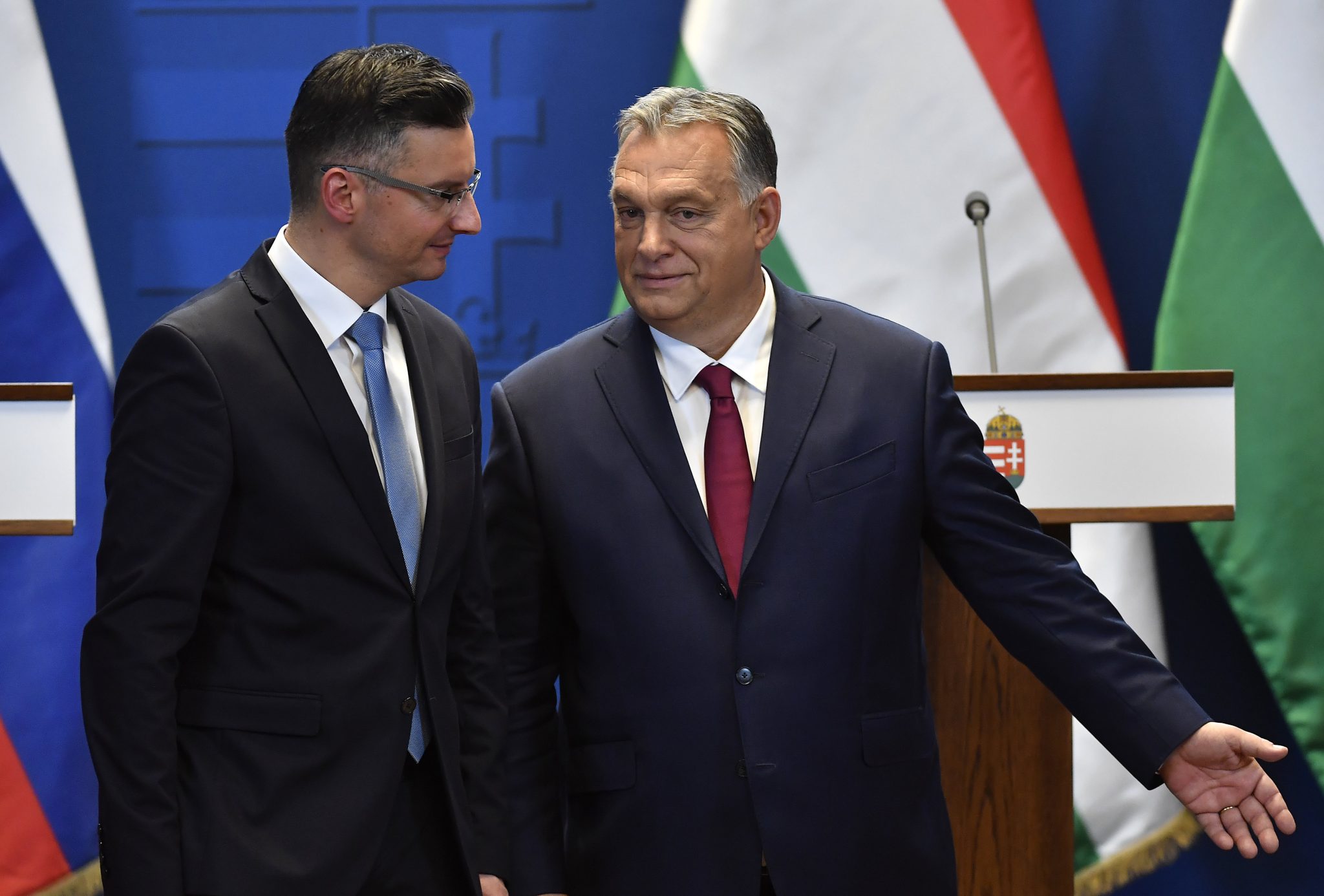 Hungary and Slovenia are both “well aware of what migration and illegal border crossings mean”, Hungarian Prime Minister Viktor Orbán said on Monday in Budapest, after talks with Marjan Sarec, his Slovenian counterpart.

Hungary and Slovenia are planning to deliver medical equipment to Africa together, “in line with the idea that we should not import trouble but take the help where it’s needed,” he said.

Hungary is “very sympathetic” towards Slovenia’s efforts to defend its borders, Orbán said.

He said there were 96,000 migrants currently navigating the Balkan migration route on their way to western Europe. Orbán added, however, that it was impossible to tell whether they would try to make their way to Hungary or to Slovenia via Croatia.

Hungary, however, has a “heartland” together with the Visegrad Group, Orbán said, adding that the V4 had an agreement that if the migration pressure on Hungary were to suddenly increase, the Czech Republic, Poland and Slovakia would send patrol units to the Hungarian-Serbian border.

“We’re also ready to cooperate with Slovenia in the most specific and deepest way possible if it serves Slovenia’s interests,” he added. 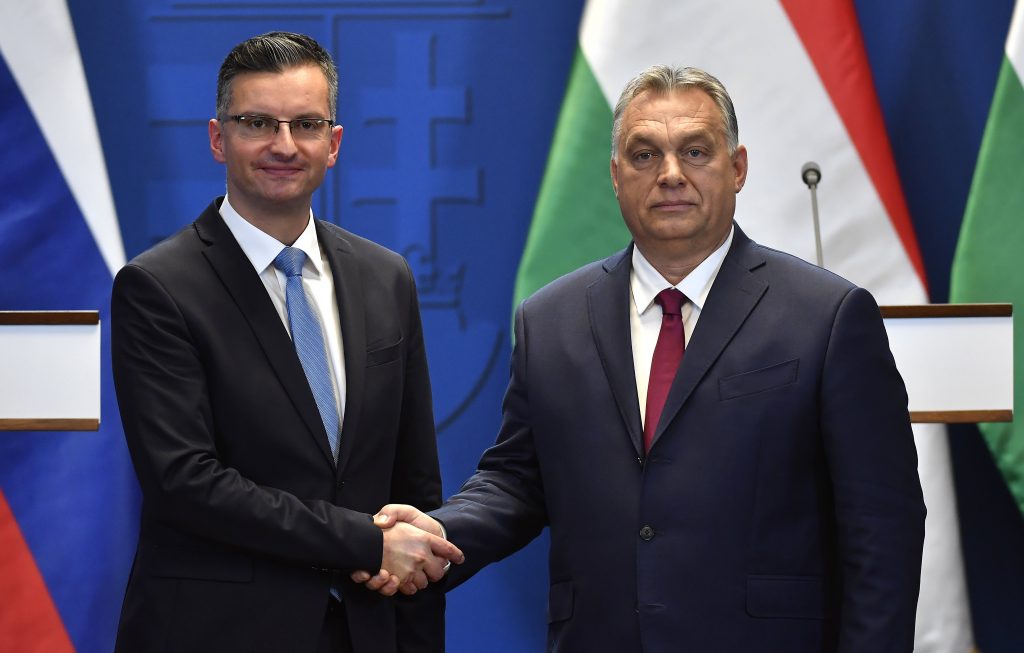 Regarding the European Union’s enlargement, Orbán said that “now that the EU has botched the decision on starting accession talks with Albania and North Macedonia”, it should at least step up the talks with Serbia “to keep the prospect of [joining] the EU open for the Balkans.”

He noted, at the same time, that some member states believe that the entire enlargement process needed to be rethought.

On the topic of Hungarian-Slovenian relations, Orbán praised the competitiveness of Slovenia’s economy, saying: “There’s plenty we can pick up and learn from them.”

He said that although bilateral economic cooperation was improving each year, it was expanding at a slower pace than Hungary’s cooperation with the rest of its neighbours.

Hungary’s Eximbank has opened a 165 million euro credit line to promote business ties between Hungarian and Slovenian companies, the prime minister said, adding that Hungary will be a guest of honour at Slovenia’s biggest economic fair next year. 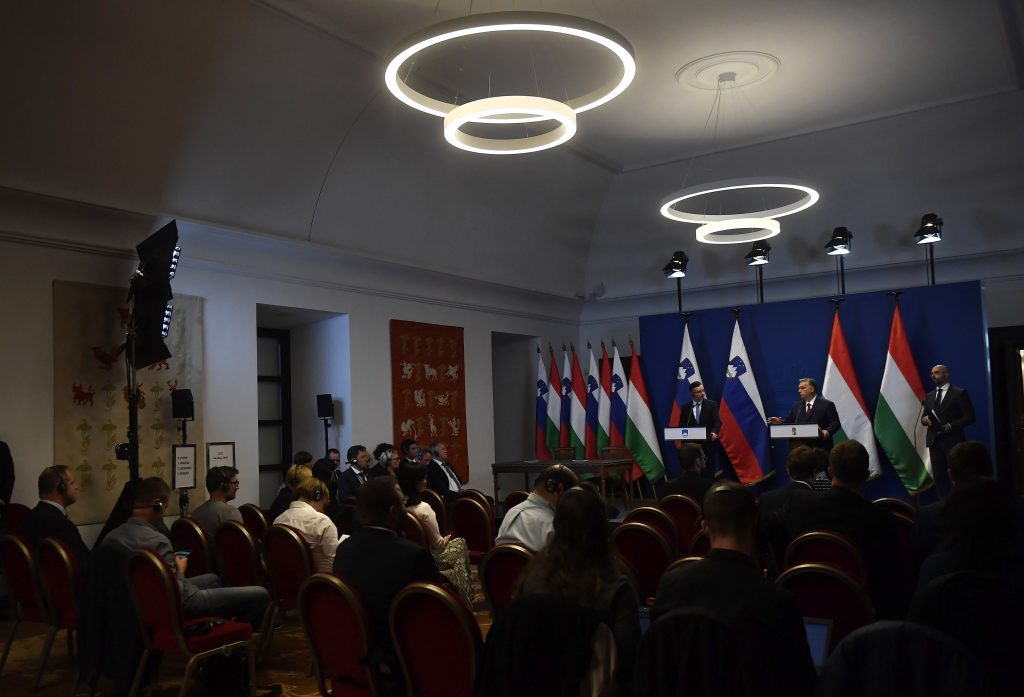 Orbán said the Hungarian government was now spending four and a half times as much on supporting the local Slovene minority community as it had been in 2010.

He said the expansion of the M70 motorway to the Slovenian-Hungarian border would be completed in mid-December, adding that the planning phase of the Hungarian section of the Zalaegerszeg-Redics-Lendava railway line was also under way.

Asked about Croatia’s aspirations to join the EU’s passport-free Schengen zone, Orbán said Hungary supported the integration aspirations of all its neighbours, adding, however, that Hungary had “special interests” concerning the Hungarian-Croatian border section. In this regard, Budapest wants a written agreement with Croatia that if Hungary were to face a significant inflow of migrants from that direction, then it could reinstate not just administrative, but also physical border control measures along its border with Croatia.

Sarec said bilateral ties were especially strong in the areas of the economy and tourism, adding that Hungary and Slovenia were cooperating on a number of EU-related matters.

He said his talks with Orbán had focused mainly on the deepening of economic cooperation.

Hungary and Slovenia are in constant dialogue and both want to intensify bilateral relations, Sarec said, underlining the importance of having a neighbour “who understands and respects us”.

He said Hungarian and Slovene minority groups also had important roles to play in bilateral cooperation, commending the Hungarian government for devoting special attention to the local Slovene communities.

On the topic of migration, Sarec said the best solution would be to improve living conditions in the migrants’ countries origin so as to prevent them from leaving their homelands. He urged the EU to craft a joint policy in this matter.

In response to a question, the prime minister urged dialogue with Turkey. He said Slovenia was preparing for a variety of scenarios as regards Turkey and the migrants it hosts, expressing hope that Turkey and the EU would find a rational solution.

Sarec urged bolstering the border between North Macedonia and Turkey in case Europe was to be flooded by a significant wave of migrants.

Concerning EU enlargement, he said the EU should strive to deepen its ties with Serbia, adding that a stable Western Balkan region was in everyone’s interest.