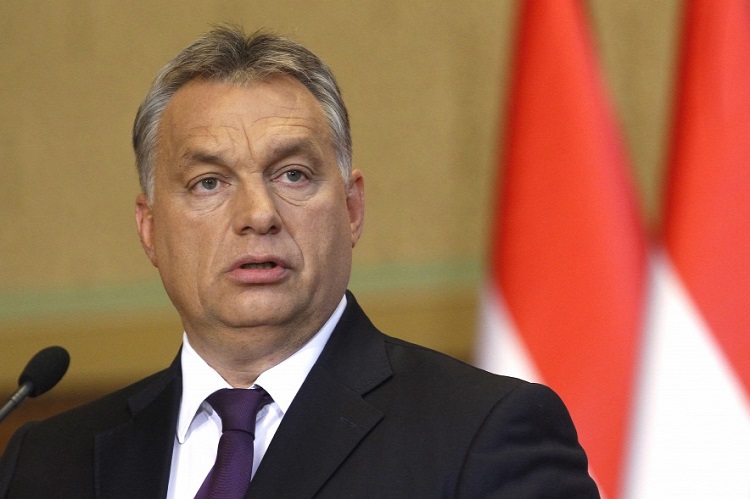 Hungarian pensioners will again get a year-end premium, which, by all calculations, will exceed last year’s, Prime Minister Viktor Orbán said at a meeting of the Council of the Elderly in Parliament on Monday.

The prime minister told the council that by the end of the year the number of women who retire early after 40 years of work will reach 230,000. “Amongst ourselves, we call this grandmother retirement because we intended this scheme to be a family policy measure,” Orbán said.

Orbán said Europe was divided on how it should address the problem of population decline. Half the continent believes that there are not enough young people, “so we should take … some from Africa and Asia; in other words we should resettle migrants and foreigners in place of the natives”, he said.

“The other approach — the romantic one, which would be us — says that if we want to change this situation then we might even be able to,” the prime minister added. The Hungarian government’s goal is to ensure that the country is “capable of biological reproduction”. But society’s answer to the population decline must not be limited to encouraging young people to have children, Orbán said, arguing that cultural change was also needed.

The prime minister called for “rehabilitating” the way people think about family and restoring the concept of the multi-generational family model in Hungary. A family has to be thought of as a unit comprising young people, their children and the grandparents, he said. “The elderly shouldn’t be seen as a burden on a community or family, but more of an asset,” Orbán said.

He said Hungary’s most important task between now and 2030 would be increasing its level of economic competitiveness, arguing that this was the only way for the government to keep supporting families and ensure that pensions increase in value.

As regards pensions, Orbán said that before 2010, pensions had declined in value every year. But since then, this has changed, and last year, pensioners received a premium which they will again receive this year, he added. Since economic growth is projected to “be close to 4.5 percent this year, the pension premium, by all calculations, will be higher than last time”, Orbán said.

“Our agreement from earlier is in effect,” Orbán told the council. “We’ll continue to pursue a policy aimed at preserving the value of pensions — in fact, we aim to raise pensions — while you support the economic policy capable of providing the financial foundations of that pension increase.” he said. 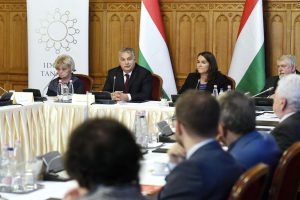 Orbán also talked about the employment of pensioners. He said there were more jobs in Hungary today than the number of people nearing retirement age. This was why, he said, pensioners who wanted to work should be given the opportunity to keep their pensions and remain in or return to employment. New rules are set to enter into force on November 1 under which pensioners taking on jobs will only have to pay the 15 percent personal income tax.

Even if just a small proportion of Hungary’s 2-2.5 million pensioners want to return to work, the country’s economy and labour market “will receive a major injection of energy” which will be reflected in Hungary’s economic growth over the coming years, Orbán said.

via MTI
Photo by Szilárd Koszticsák/MTI