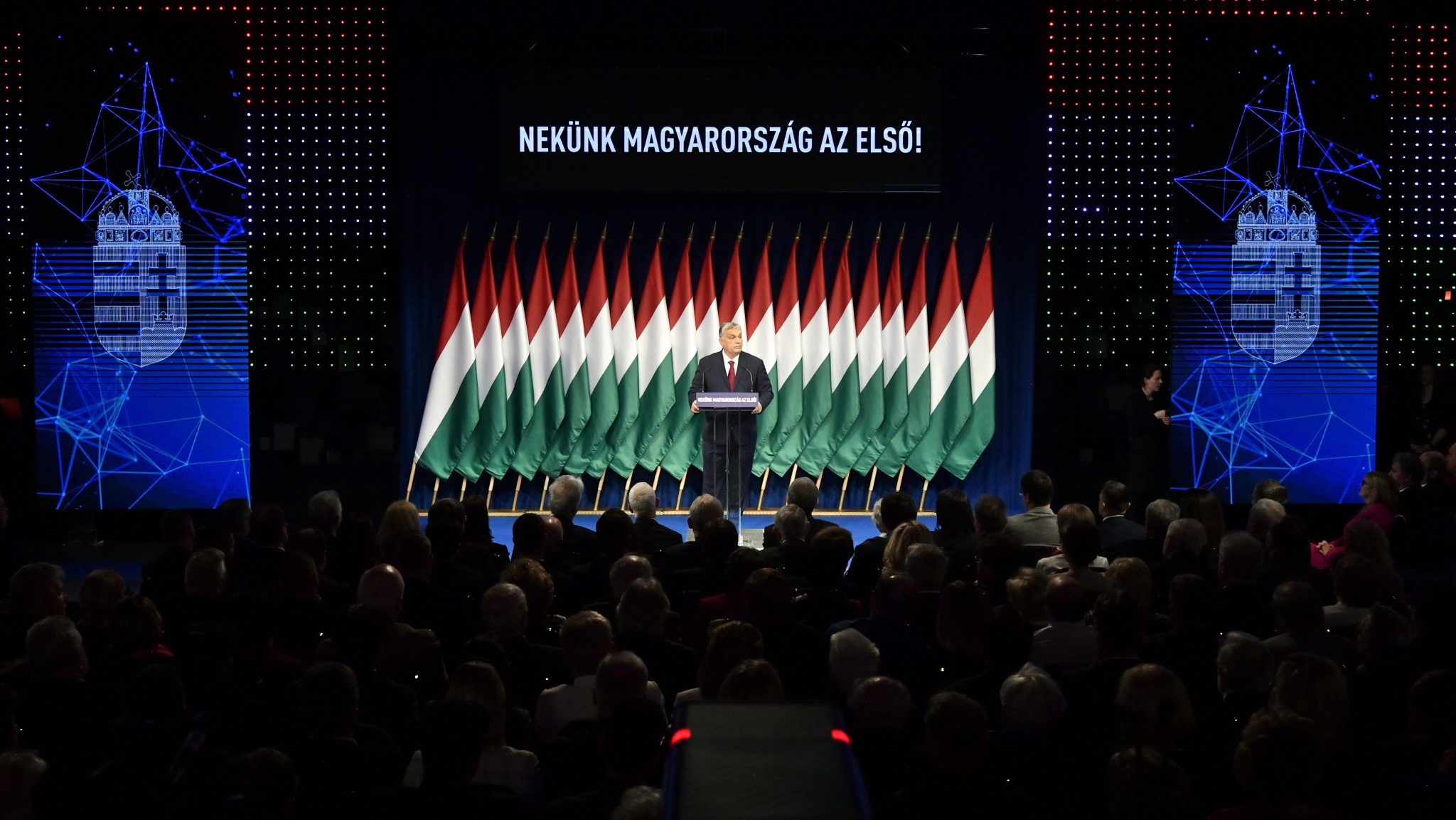 Opposition parties gave their reactions to the prime minister’s state-of-the-nation address in which Viktor Orbán laid out in detail his government’s climate protection action plan and its goals to continue developing the country, on Sunday.

Right-wing Jobbik said that the prime minister “has left Hungarians workers and pensioners on their own”.

“In the green policy unveiled, the country’s first man seems to be interested in the so-called green government bond,” the leader of the party said in a statement. Hungarians are however more interested to know how the government plans to protect their families from the effects of an economic crisis, but heard nothing from the prime minister about that, Péter Jakab said. He said Jobbik proposed that the government should have spent the hundreds of billions of forints it spent on “the hate campaign wrapped up in its national consultation survey” on increasing wages and pensions.

Bertalan Tóth, the leader of the Socialists (MSZP), called Orbán “a one-man fake news factory”. Viktor Orbán gave an outline of “a parallel world he has envisioned and created, a world that is about his own achievements,” Tóth said in a video message. But, he added, the prime minister had failed “to say a word about the life of the average Hungarian”.

Ferenc Gyurcsány, a former Socialist prime minister and the leader of the Democratic Coalition, said “democratic Hungary has never been as divided as it is now”. He said the country is “now dictated by party state and party logic rather than nation or national governance”.

“In the past ten years Hungary became a loser and lost its friends in the community of European nations,” Gyurcsány said in a statement, adding that Orbán evaluated the past year, but the final evaluation about him would be given by the Hungarian people.

The Párbeszéd party said in a statement that the prime minister had no answer to Hungary’s health-care, education or housing problems. In a statement, the party said that instead of solutions, Orbán had diverted attention from what was important with a national consultation survey “again costing billions”.

Green LMP said the climate protection measures announced by the prime minister should have been taken a long time ago and were not in line with current challenges. LMP can only believe the government if it makes immediate substantive changes in the areas of environment and nature protection, party co-leader Erzsébet Schmuck said in a statement. She called for a ministry of climate and sustainability to be set up and for funds in the central budget to be allocated towards those two areas.

In the featured photo: PM Orbán during his speech. Photo by Zsolt Szigetváry/MTI