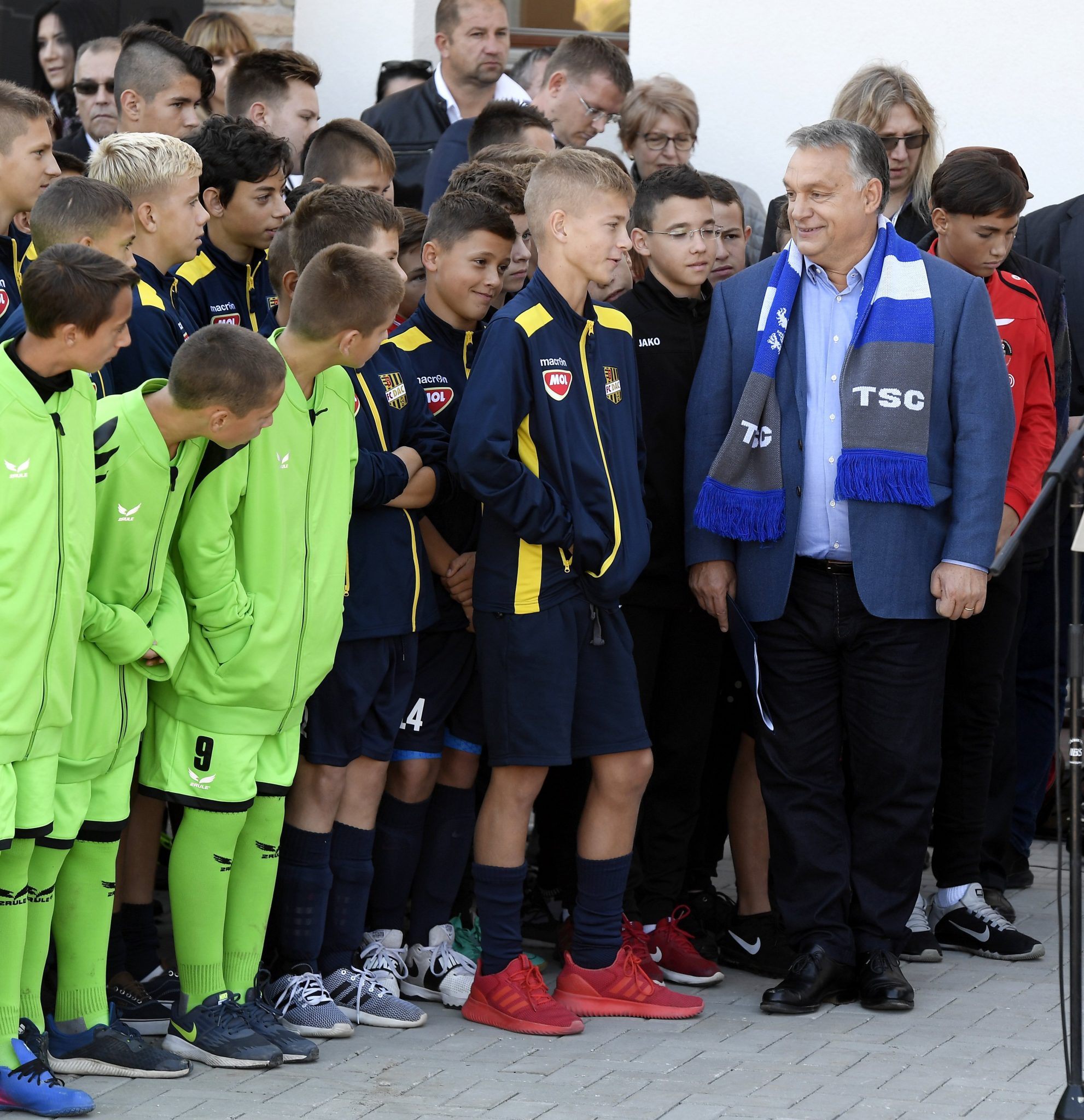 Sports, especially football, is “central Europe’s common language”, the Hungarian prime minister said at the opening ceremony of the TSC Football Academy in Topolya (Backa Topola), in northern Serbia’s Vojvodina province, on Thursday.
In his address, Viktor Orbán called sports a “natural link” between peoples of the region. He added that nations that cooperate will become stronger, while the ones reluctant to do so will be weak and “fall apart”. “Serbs and Hungarians have opted to cooperate”, he said.


Orbán also said that the new football facility was “but the beginning” and added that “many beautiful tasks, sports centres to be built and organising sports for thousands of children are ahead of us”.

At the weekly government press conference, the head of the Prime Minister’s Office was asked about how to justify the three billion forints (EUR 9.3m) in state subsidies for a football academy established in Vojvodina. Gergely Gulyás said the government’s starting point had always been that the Hungarian nation comprises 15 million compatriots, and this was taken into account when coming to the funding decision.