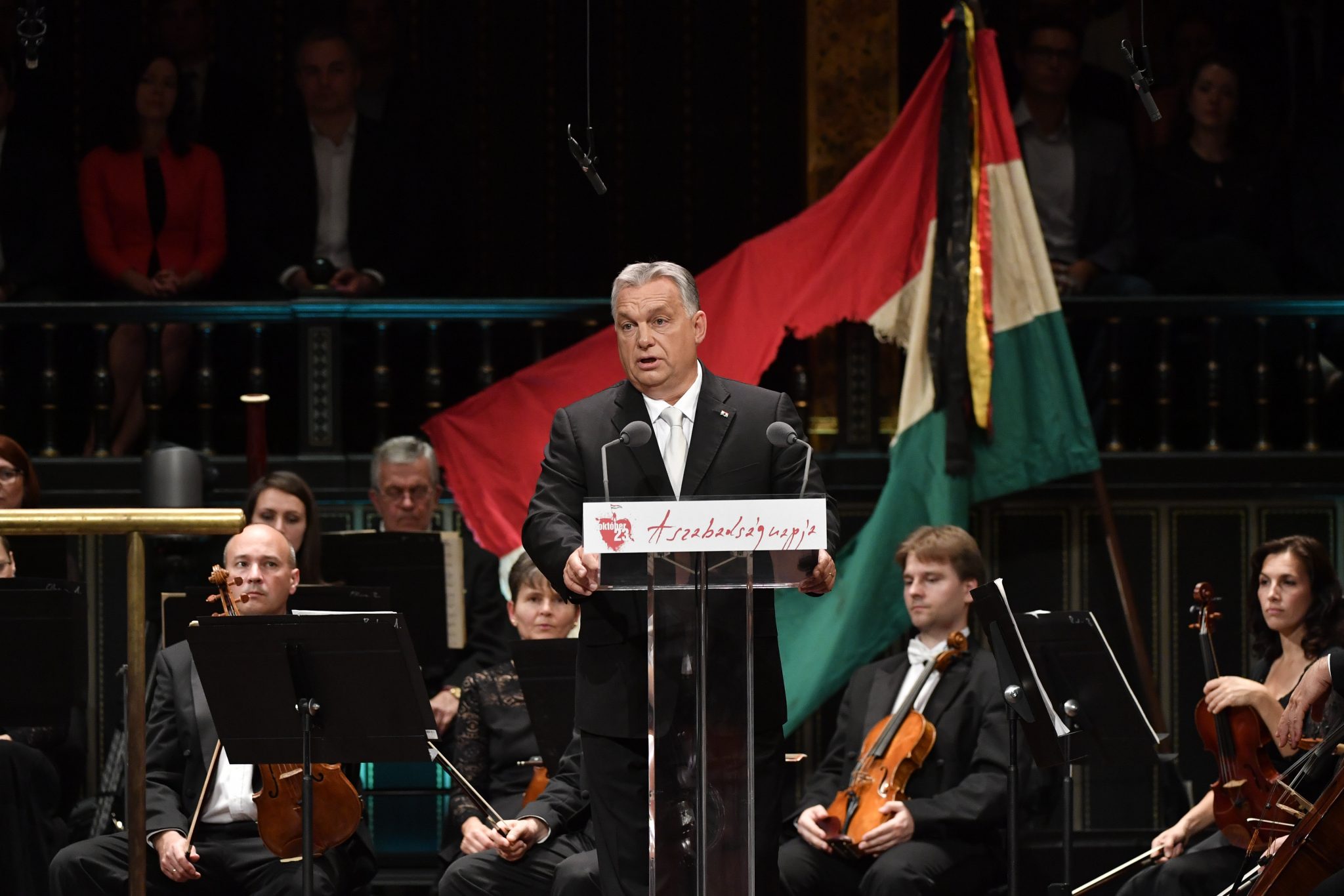 Hungarians in 1956 wanted a “free and independent” country for themselves in the “Europe of nations”, Prime Minister Viktor Orbán told a state commemoration of Hungary’s anti-Soviet uprising of 1956 at Budapest’s Liszt Ferenc Academy of Music on Wednesday.

On October 23, 1956, Hungarians demanded to be given back their right to decide freely how to live their lives, the prime minister said.

And even then we wanted a Hungarian, in other words a European way of life for ourselves. A free and independent Hungary in the Europe of nations. And there was no contradiction in this, since back then, Europe’s western half was still actually the common home of free nations.”

Orbán said the young revolutionaries who revolted in 1956 had been spurred on by their youth and “belief that they could change the fate of their homeland”.

He said the revolutionaries had felt that if the Soviet system had continued “there would be nothing left of Hungarian life”. They felt that “everything would be consumed by the red sludge: faith, culture, family and friends”, Orbán added. 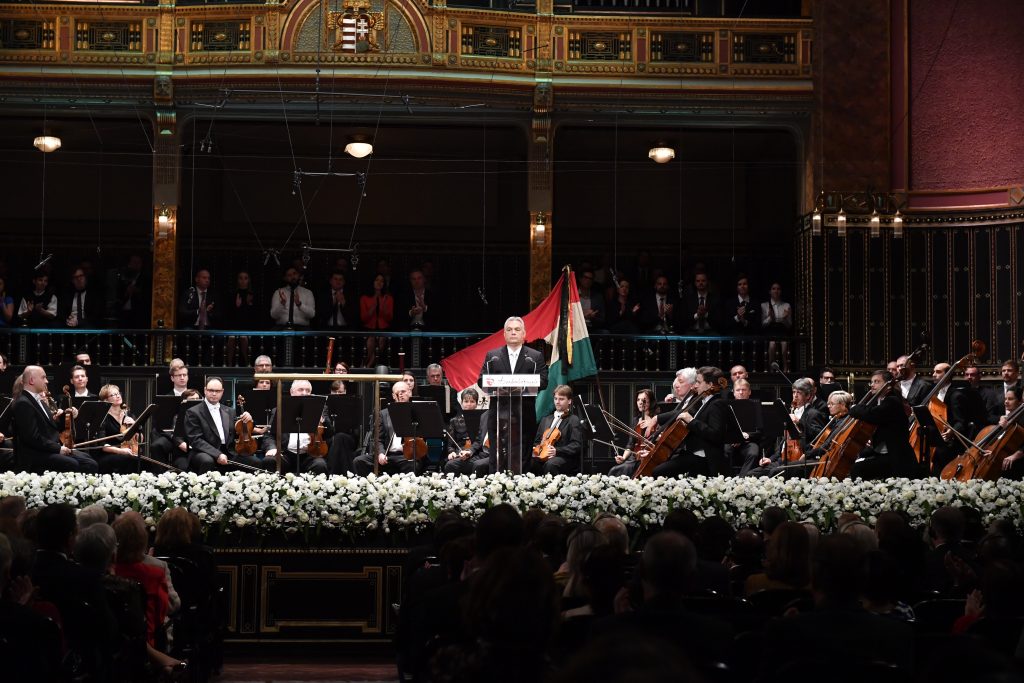 Seeing that there was no other way out, the Hungarian youth decided to fight back, Orbán said. “They did so with the determination of a person forced to the edge of a cliff who knows they have nowhere to go but the path of fighting for the piece of land that was still theirs,” he added.

We, Hungarians have but this one homeland; we have no other place under the Sun,”

Orbán said. “Our dreams can only take shape here and it is only here in the Carpathian Basin that we can form this big shared creation we call Hungary and Hungarian culture.”

“All of us together are the homeland,” the prime minister said. “This is the law, as is the adage that a homeland can only exist as long as there is someone to love it and make sacrifices for it.”

“There is homeland where there are patriots. Vileness will always come together, he said, adding that the question was whether patriots, too, were willing to come together,” said Orbán. 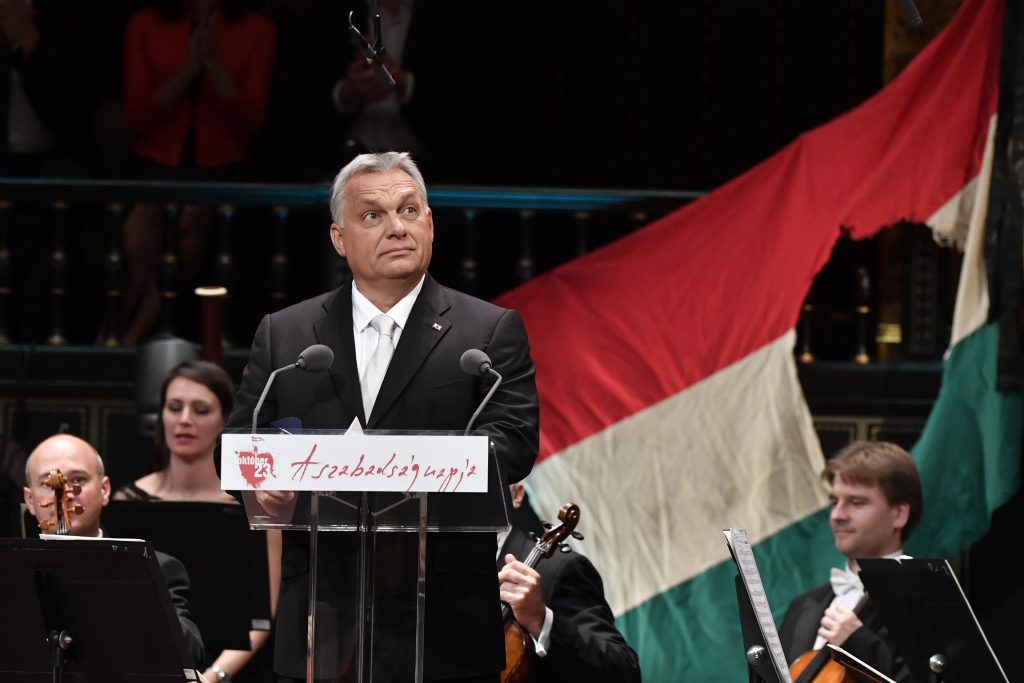 Orbán said the Hungarian people had come together in 1956 and “rose to never-before-seen heights”.

He said that by giving their lives and freedom for their country, the freedom fighters of 1956 had made the ultimate sacrifice one could make for their homeland.

Orbán said neither Europe nor Hungary could survive if they turned against themselves and went against everything “keeping them alive”, if they turned against their own pasts and heroes or if they left behind the way of life founded on the ideas of freedom, independence and Christian fraternity which had made Europe and with it Hungary the “most successful continent in history”.

He said history was a constant challenge and an “aptitude test” and the fate of a people, the future of a nation and survival of a state depended on the answers they gave. “It is easy to consider it the natural state of things that we have an independent and free homeland founded on noble ideals but this country wasn’t gifted to us,” Orbán added.

The prime minister said that with a “historic performance whose moral impact could be felt across the Earth”, the Hungarian nation had “moved up to a higher class” in the autumn of 1956. He said the revolutionaries had won because they had left behind a legacy of “the greatness of courage and heroism”.

Orbán said that over the course of a thousand years, Hungarians had learned to always “look to what is lasting and unchanging: God, the homeland and the family”. “We couldn’t choose a better guiding star today, either,” he said.