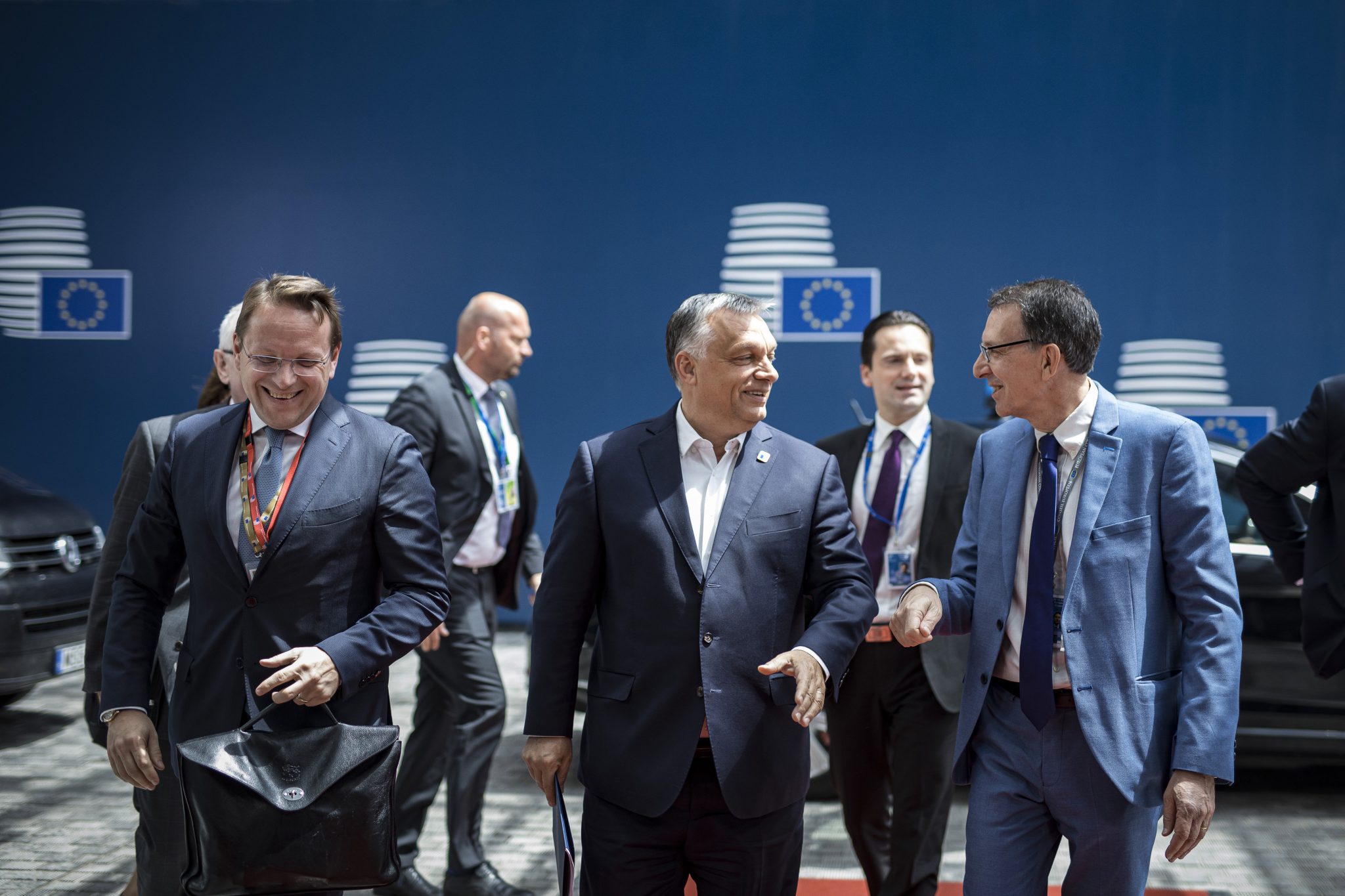 Serious mistakes were made in the European Union in the past few years which will have to be set right, Hungarian Prime Minister Viktor Orbán told public news channel m1 after the extraordinary meeting of the European Council to nominate the new heads of EU bodies after the May elections.

The extraordinary session was convened for Sunday and postponed on Monday after the heads of state and government failed to reach an agreement in a marathon session. The meeting resumed on Tuesday when the council nominated German Defence Minister Ursula von der Leyen for the position of head of the European Commission, Belgian Prime Minister Charles Michel for head of the European Council and Spanish Foreign Minister Josep Borrell for High Representative for the Union for Foreign Affairs and Security Policy.

Orbán said in the interview that although economic policy, migration policy and “respect for the nations” were still problematic issues, the chances to find a solution were much better now.

The talks were tense because the stakes were high, Orbán said. The council decided who would lead European bodies in the years to come, and that was important for all member states, he said.

The question was whether those positions were given to people who “love and respect Hungary, know the history of central Europe and appreciate the importance of Christian culture”, Orbán said.

“There is a good chance” that the new leaders will pursue policies beneficial for Hungary, he said. “However, the job is not small or easy, and we are but starting.”

The future still “holds battles” as differences in opinion prevail, he said.

“An important victory has been achieved but new debates keep coming up in international politics,” he said. “At least now we have the strength to stand up for ourselves,” he added.

The Visegrad Group’s role is especially important, and not only in light of the recent events, Orbán said. The alliance of the Czech Republic, Hungary, Poland and Slovakia is a “success story”, he said, as the group of nations showing the most solidarity with each other within the bloc.

The Visegrad Group leaders represent 62 to 63 million people together, their combined trade volume with Germany exceeds that of France or Italy, and these countries have the fastest economic growth and fastest falling unemployment rate, he noted.

Two politicians were considered for EC head who would have been “more than bad” for Hungary, as they had demonstrated that they did not respect the country or its citizens, Orbán said. Their nomination was successfully “thwarted”, he said, and they were replaced with a German mother of seven. “This in itself shows that change is afoot in Europe,” he said.