New blood is needed in the European Parliament, Prime Minister Viktor Orbán said on Friday referring to the European parliamentary elections of 2019.

“I can see the signs of end-of-term fatigue on them,” but there will be new MEPs after the EP elections and “I believe the quality of democracy will improve,” Orbán told public radio Kossuth.

Commenting on the issue of migrant visas, he said it was “rather funny” that they keep repeating the vote on migrant visas in the EP in order to secure an outcome that is favoured by the “bureaucrats”.

He added, however, that one wonders why this is tolerated by MEPs who have been sent there to represent the interests of the people.

No democracy is perfect, including the one in Hungary, but democracy in Brussels is even further away from perfect, he said.

Commenting on a dispute with Guy Verhofstadt, Leader of the Alliance of Liberals and Democrats for Europe, he said it highlighted the difference between the democracies of western Europe and eastern Europe.

They have a tired institutional democracy … and when the elite feels that it is under attack, they get offended. We never had the luxury of not getting attacked: I have been an MP since 1990 and a prime minister for 13 years, and I wake up every morning expecting to be slammed.”

“One must survive every attack here … and we must fight as street fighters, even for making the right decisions,” he added.

The Sargentini report was an attack against Hungary and “we fought back with at least the same vigour, if not more,” because the government must not tolerate attempts to ruin Hungary’s reputation and honour, he said.

Commenting on reports that a billboard van driving around Brussels commissioned by the Hungarian government has been stopped by police and the billboard highlighting the consequences of migration had to be removed, he said “the life-force in democracy is now stronger in central-eastern Europe than in western Europe.” 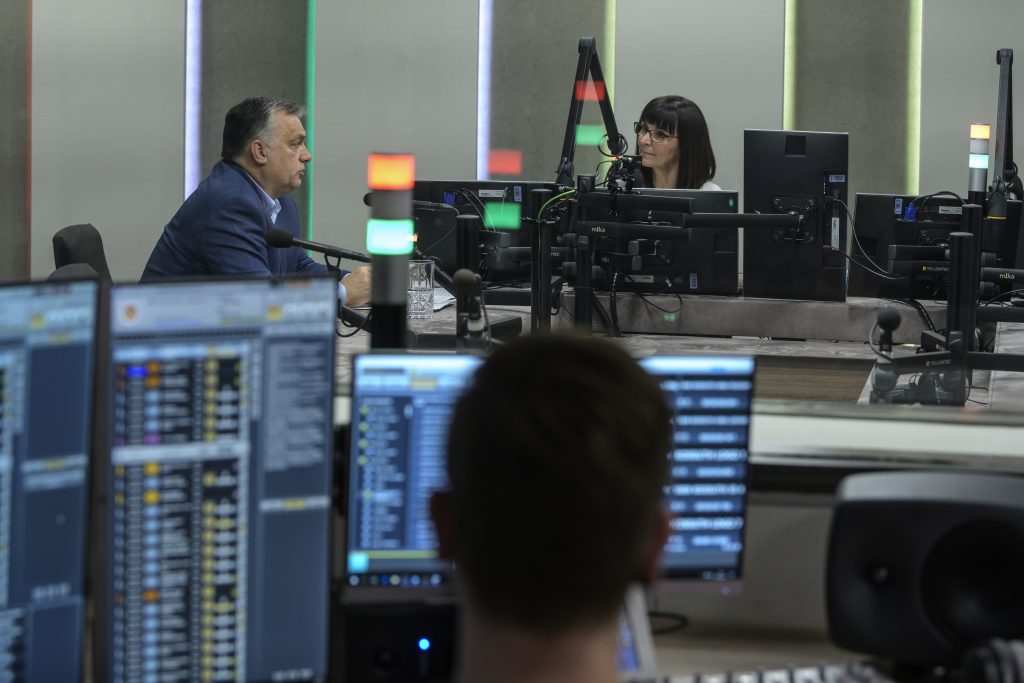 Regarding a “national consultation” survey about the protection of families, he said young people need more help to have children and to feel that their quality of life will improve from this. Raising children “undoubtedly requires many efforts, including financial efforts” but if they feel that they get budget support for “home creation, wages, the tax system … creche services,” then they will realise that it is worth it.

He referred to a “national consultation” on migration, stating that it attracted record high interest and said that it showed that Hungarians’ survival instincts functioned well and they realised that they had to strongly defend themselves against Brussels’ attacks. 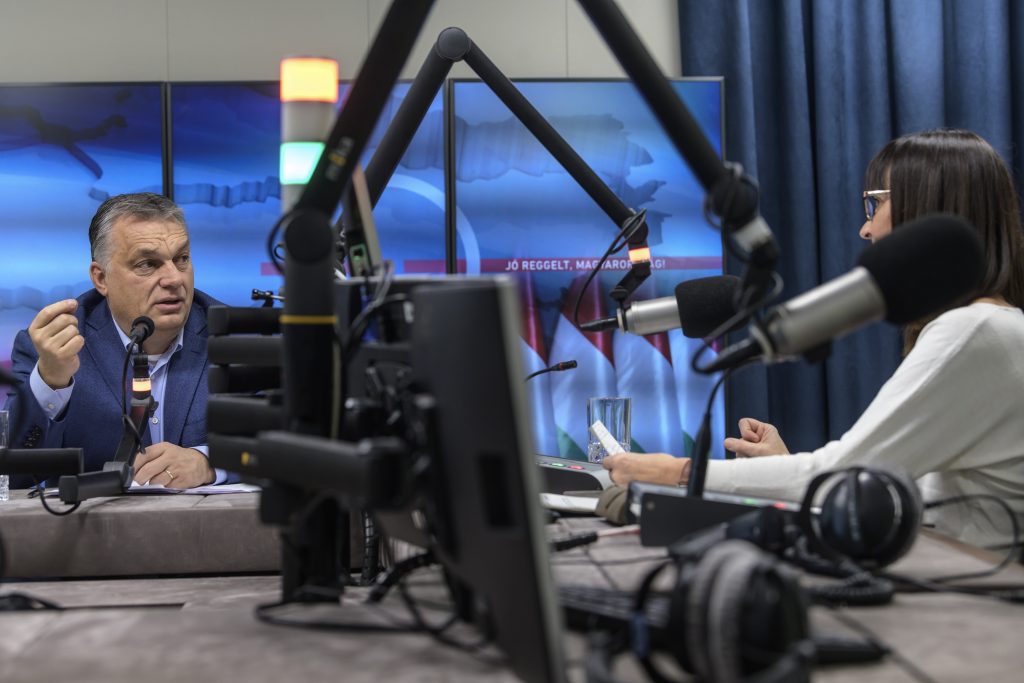 As regards the state of Hungary’s economy, the prime minister said that in contrast to 2010 — when, he said, the country was in a weakened state — Hungary has become a strong and sturdy economy capable of growth and providing jobs to people.

Hungary must continue to believe that talent and diligence will sustain economic growth, the prime minister said. But Orbán warned against complacency, saying further efforts have to be made, and will always have to be made, to achieve even greater success.

Commenting on international comparisons, Orbán said comparisons with other countries can be made with a view to keeping the Hungarian economy competitive, but a foreigner’s expectations from life should not determine a Hungarian’s quality of life or goals.

I want Hungarians to consider themselves successful along their own logic and to feel that there is a purpose to what they’re doing, and not by comparing themselves to others.”

Orbán said “much must be done” to boost efficiency in the country. Progress must be made in the area of vocational training and the management of locally-owned small and medium-sized companies must be improved. Wages should also rise, but increases must be paired with efficiency improvements or they will lead to unemployment, he added.

On the topic of the recently announced wage increases in the health-care sector, Orbán said that when weighing how best to allocate the funds, the government prioritised improving the situation of health-care specialists and nurses, which he called the most critical part of the sector. He noted that the wages of the health-care workers in question will increase by more than 70 percent over the next four years.