Orbán on Cohesion Day: ‘Together We Will again Be Great, Successful, Victorious’ 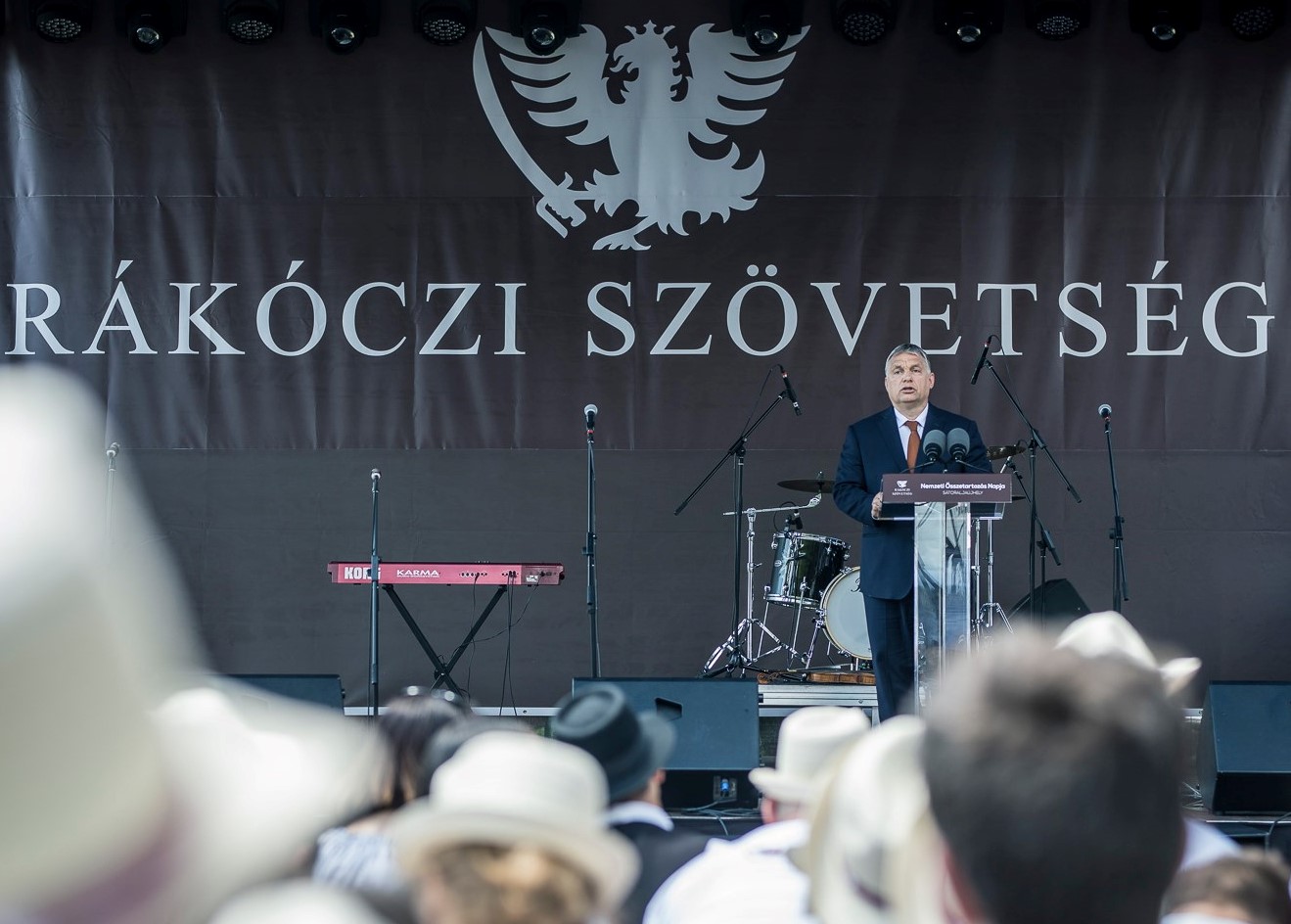 Prime Minister Viktor Orbán, addressing a commemoration of the Trianon Peace Treaty on Tuesday, said: “We can stand proud and declare that we have survived.”

“Here we are at the heart of Europe, despite being divided up, despite wars and dictatorships,” Viktor Orbán said in his address in Sátoraljaújhely, north-east Hungary, marking Hungary’s National Cohesion Day. Hungarians, he said, had “not only survived but they are now the largest nation in the Carpathian Basin”.

“Together we will again be great, successful and victorious,” Orbán told his audience, some 1,000 young people from ethnic Hungarian communities participating in a camp organised by the Rákóczi Association. He added that Hungary seeks to cooperate with its neighbours and anyone willing to cooperate “will do well”.

Orbán said Hungary’s “economic, cultural and military powers” were rising “noticeably”. It is time to use those powers to increase cooperation with the peoples of central Europe, he said. “Hungary’s hundred years of solitude is over … now we’re miles away from where we set off thirty years ago when we broke away from the Soviet Union”.

whatever was unjust at some time, will continue to be unjust until the end of time, because while time heals wounds it does not heal an amputation”.

What happened 99 years ago “was not an agreement but a diktat and punishment for losing the war”.

The winners had power but no moral superiority, he said. They punished millions of people who had been summoned to war by their country and who “cannot be blamed for fighting in a war which had no good or fair side”, Orbán said. The victors’ decisions “sowed the seeds of further animosity, dictatorships and future wars rather than freedom and peace,” the prime minister said.

A Life on Guard- Interview with Jolán Ballók, Doctor of an Isolated Transylvanian Hungarian Village

“We received the blows of national socialism and then of communism one after the other, for which the soil had been prepared by the peace diktats,” Orbán said. “Wherever you come from, you are at home; Hungary is your home, too,” he concluded.