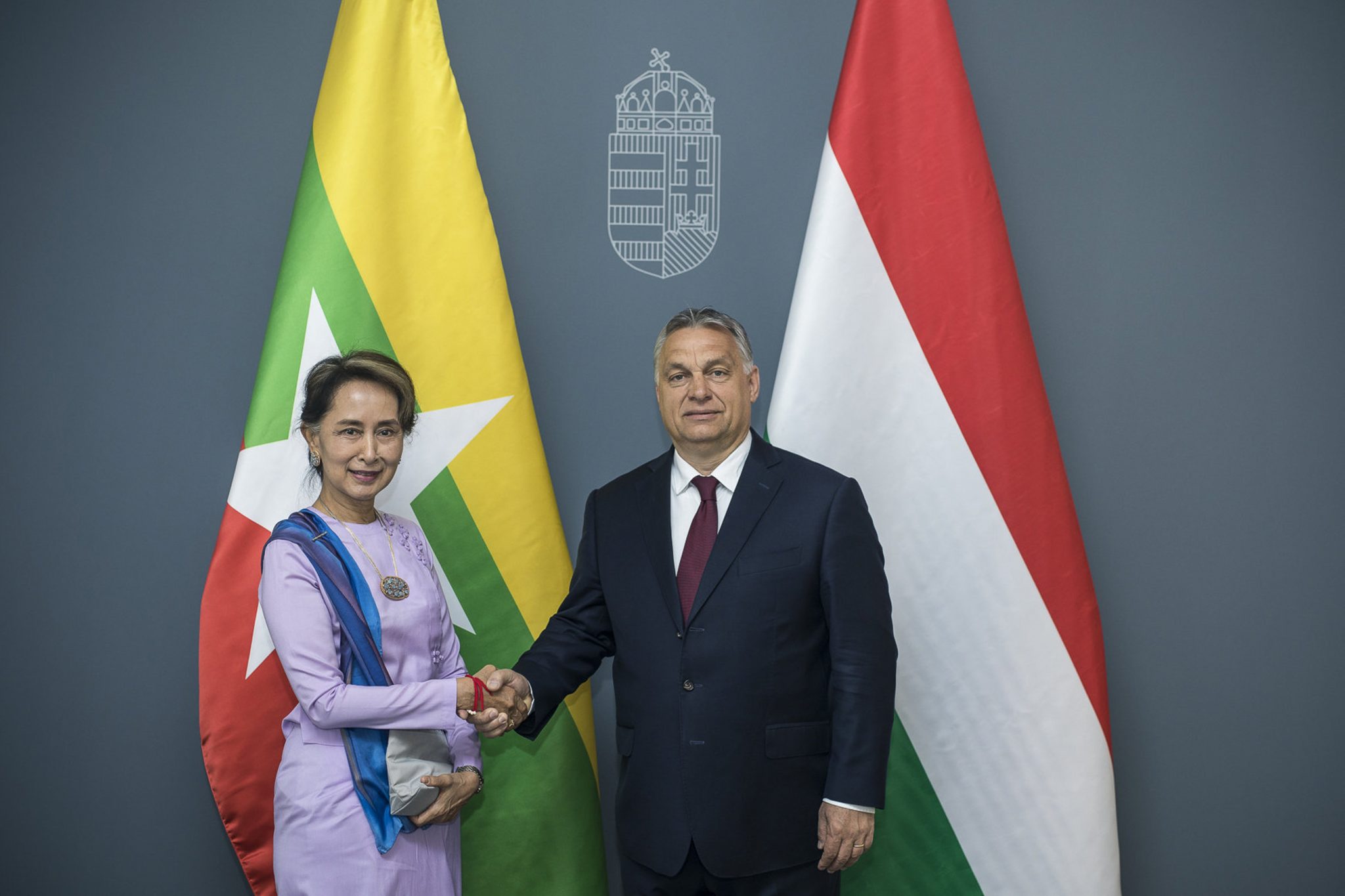 Prime Minister Viktor Orbán met Aung San Suu Kyi, Myanmar’s State Counsellor, in Budapest on Wednesday, and they discussed illegal migration and bilateral ties in the areas of the economy, education and culture.

Illegal migration is a primary challenge both for Myanmar and Hungary, as well as for Southeast Asia and Europe in general, and the issue of how to live together with the growing Muslim population emerged in both regions, Bertalan Havasi, the PM’s spokesman, said, outlining the talks that took place in the Prime Minister’s Office.

Orbán said Hungary supports trade cooperation between the European Union and Myanmar but rejects “the export of democracy” and the approach of Brussels and other western bureaucrats who try to mix unrelated issues such as economic cooperation with domestic affairs.

He said the emphasis was placed on educational and cultural ties but there were untapped opportunities in economic cooperation. Foreign trade ministers of the two countries will, therefore, intensify their cooperation, he added.

Orbán said that Hungarians respected Aung San Suu Kyi for her endeavours for her country’s freedom and democratic transformation.

After talks with State Counsellor Aung San Suu Kyi of Myanmar in Budapest on Wednesday, Péter Szijjártó, Hungary’s foreign minister, said that Hungary greatly appreciated leaders who prioritised the interests of their nation and made sacrifices for it.

“Aung San Suu Kyi is always received with great respect and appreciation when she visits Hungary because she has done so much for the freedom of her nation,” Szijjártó told a press conference. 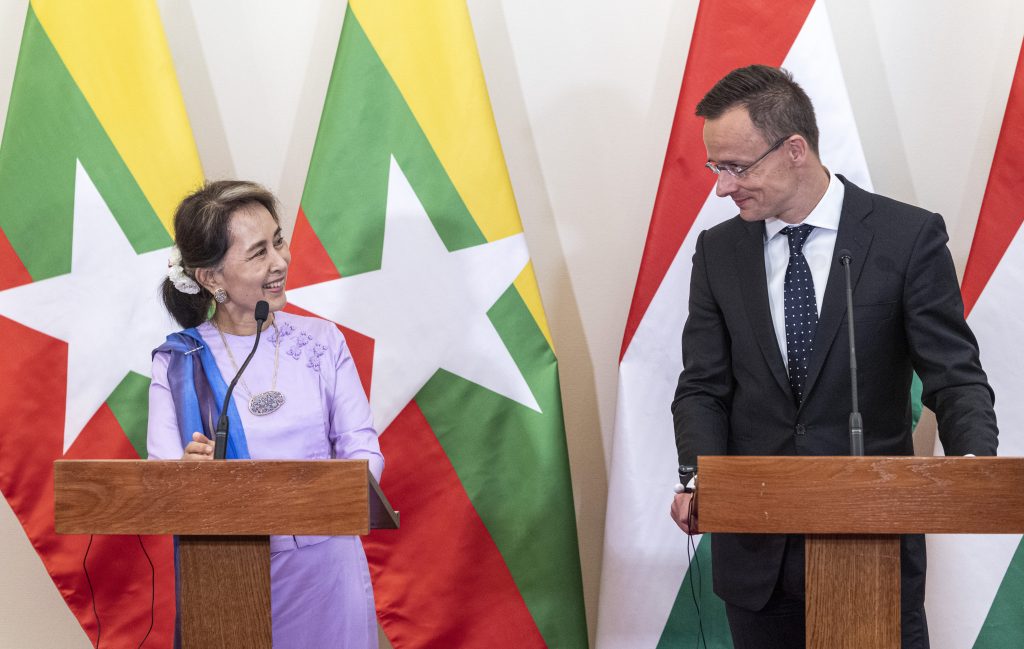 Hungary supports efforts to intensify cooperation between the European Union and Myanmar but does not support Brussels muddling political and economic issues and approaching cooperation with double standards.

Szijjártó said that Eximbank has opened a 46 million dollar credit line with a view to boosting cooperation between the businesses of the two countries, and negotiations are ongoing to establish a joint economic committee. In addition, 30 students from Myanmar will be eligible for scholarships to study in Hungary.

Aung San Suu Kyi said that although Hungary and Myanmar had long maintained diplomatic relations, their cooperation fell short of its potential. Both countries, therefore, are committed to boosting ties, she said.

She said she appreciated that friendly countries believed in the opportunities offered by Myanmar.

The Myanmar head of government also said that hopefully her country would soon open an embassy in Budapest.