Hungary will not accept any proposal on the European Union’s next multi-year budget and post-pandemic recovery fund that Poland deems unacceptable, Prime Minister Viktor Orbán said in a press statement after talks with his Polish counterpart Mateusz Morawiecki on Thursday.

Linking the political debate concerning the rule of law and the economic issue of managing the coronavirus crisis was “irresponsible”, Orbán said in his joint press statement with Morawiecki, arguing that a crisis required swift economic decision-making.

Member states have failed to reach a consensus on how to harmonise the issue of the next budget, crisis management and draft legislation aimed at protecting the bloc’s financial interests since a European Council summit in July, Orbán said.

Also, a proposal to link the financial issue of crisis management with the political issue of the rule of law is still on the agenda, he added.

This proposal, however, is “unacceptable” to Hungary in its current form, Orbán said.

Citing a declaration he issued jointly with Morawiecki [see below], Orbán said Hungary would refuse to accept any proposal that is deemed unacceptable by Poland.

“So we will spend the coming months . fighting together,” he said.

Orbán said the more powerful member states “trying to put pressure on Hungary” and their media were giving the impression that Hungary was wrong to exercise its veto right. The prime minister said the veto was a legitimate tool guaranteed by the bloc’s founding treaty which a member state could exercise if it believes a given decision hurts its interests.

Orbán said he not only had a right under European law, but also a “patriotic duty”, to thwart any decision that would hurt the interests of the Hungarian people.

He said the proposal on the table was “not the rule of law but rule of majority”.

“And given that Hungary has disagreements with other member states on a range of fundamental issues like migration, the issue of national sovereignty and gender, I can’t risk having positions forced on Hungary that the Hungarian people would disapprove of,” the prime minister said. 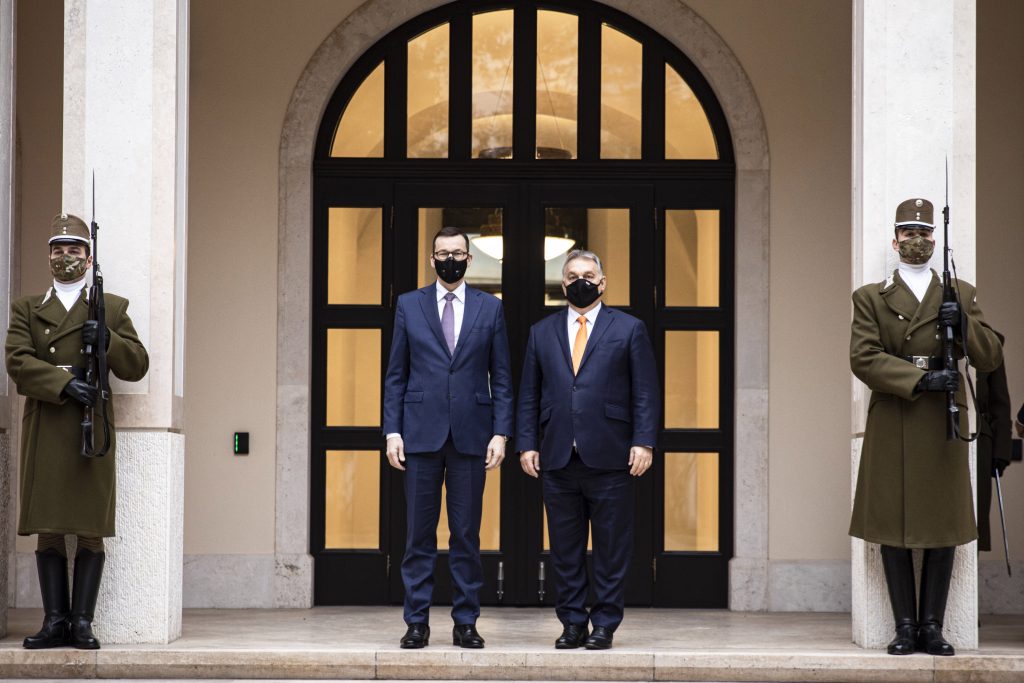 Orbán also said journalists, lawyers and politicians who believed this was a financial matter were wrong. “This debate can’t be settled with money.”

He argued that this was because the EU wanted to finance its post-pandemic recovery fund by borrowing. The prime minister said the idea of raising joint debt was risky because if a country failed to pay back its debt, it would end up having to be paid back in part by Hungarians.

Hungary would suffer no financial loss if the EU failed to set up a recovery fund, Orbán said, arguing that the fund was meant to help countries whose public debt exceed their gross domestic product. “Ours is way below this level,” he added.

Managing the crisis should not require drafting rule-of-law regulations, Orbán said, adding that the only reason it was on the agenda was because the European Parliament “and certain member states” had wanted to “settle both issues at once”.

The next EU budget, on the other hand, cannot legally be approved without Hungary and Poland’s support, Orbán noted. “It is with this in mind that we will be conducting our future negotiations,” he said.

There is a danger that the European Union’s “rule-of-law mechanism, motivated by completely new, arbitrary political decisions” could lead to the bloc’s disintegration, Poland’s prime minister said in Budapest on Thursday, after talks with his Hungarian counterpart.

Mateusz Morawiecki, speaking at a joint press conference with Viktor Orbán, said that the mechanism’s introduction would be “extremely dangerous” for the EU as a whole, arguing that legislation must not contravene the EU treaties.

Morawiecki noted the veto was written into the EU treaties as a way of safeguarding the interests of member states. Hungary and Poland will resort to that option unless the proposed mechanism is changed, he said, insisting that the current proposal to make funding contingent on upholding certain rule-of-law criteria was “unacceptable”.

Applying the veto would help to protect the sovereignty of the two countries as well as the spirit of the EU treaties, the Polish PM added.

With respect to the MFF/Next Generation EU financial package including the draft Regulation on a general regime of conditionality for the protection of the Union budget we agreed on the following principles and objectives which we are going to pursue during the negotiations within the European Union:

1. We are committed to our common values as enshrined in Article 2 of the Treaty on European Union. We recall that the procedure for the protection of those values is stipulated by Article 7 of the Treaty. We stand on the basis of legality and therefore defend the status quo as contained in the Treaties.

2. We are seeking solutions which make the necessary financial resources available as soon as possible for all Member States. 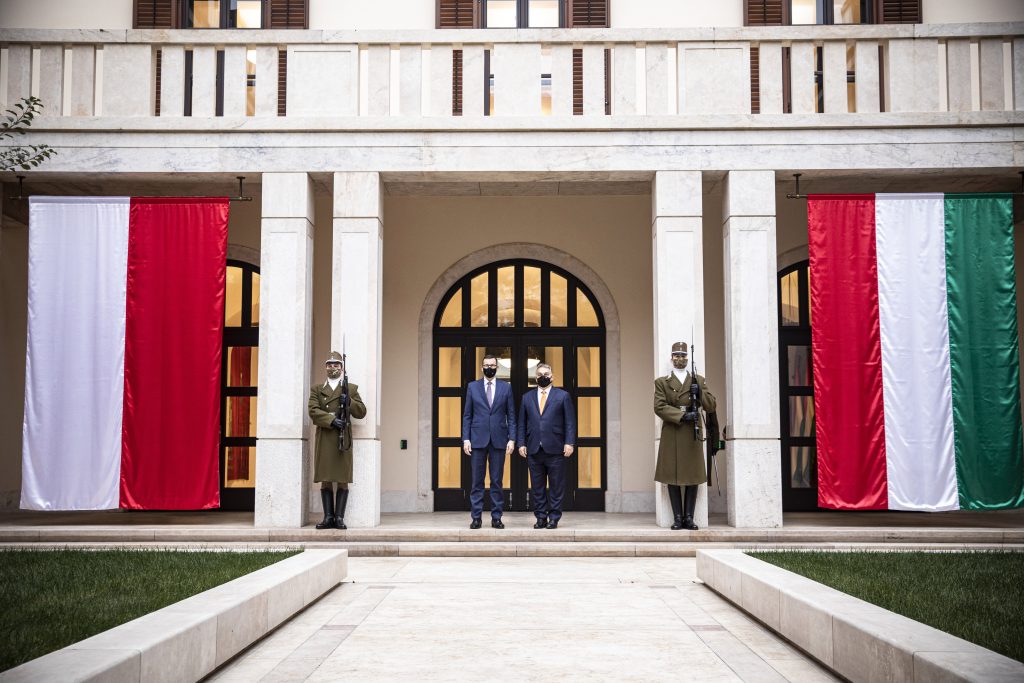 3. The present situation that prevents the quick conclusion of the legislative process is created by those who established a link between the Rule of Law and the EU budget. Our position has been clear from the beginning of the negotiations starting with the proposal of the Commission in 2018. That linkage was known to carry risk of blocking the process of approval of the MFF/Next Generation EU financial package.

4. The outcome of the negotiations between the Council Presidency and the European Parliament does not conform to the agreement reached among the Heads of State and Government at the July European Council.

5. Our objective is to prevent a mechanism which would not strengthen, but undermine the Rule of Law within the Union by degrading it to a political instrument. The proposed conditionality circumvents the Treaty, applies vague definitions and ambiguous terms without clear criteria on which sanctions can be based and contains no meaningful procedural guarantees.

6. Our countries have been acting and continue to act on the basis of loyal cooperation and solidarity. We remain ready to contribute to a solution to the present situation. We maintain that it requires a substantial modification of the currently proposed mechanism.

Our common proposal is to facilitate the speedy adoption of the financial package by establishing a two-track process. On the one hand, to limit the scope of any additional budgetary conditionality to the protection of the financial interests of the Union in accordance with the July conclusions of the European Council. On the other hand, to discuss in the European Council, whether a link between the Rule of Law and the financial interests of the Union should be established. If it is so decided, then the appropriate procedures foreseen by the Treaties, including convening an intergovernmental conference, should be considered in order to negotiate the necessary modification of the Treaties.

We have decided to align our positions on these issues. Neither Poland, nor Hungary will accept any proposal that is deemed unacceptable by the other.